PJ tees for everyone! + bonus 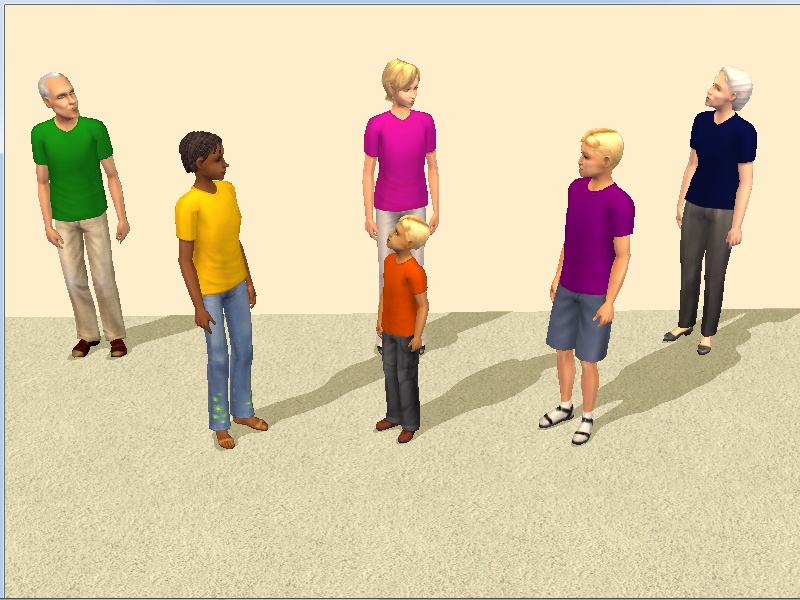 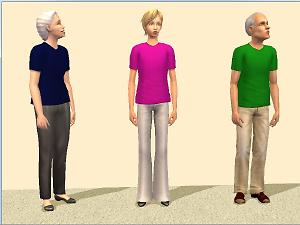 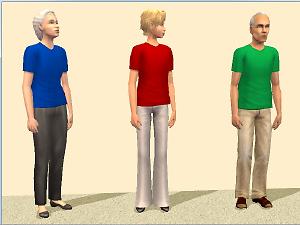 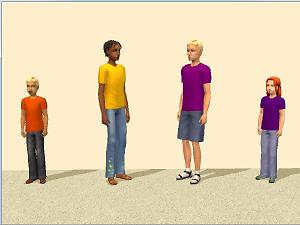 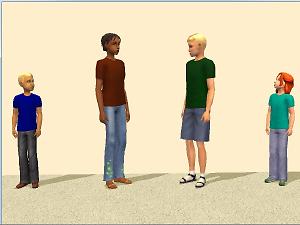 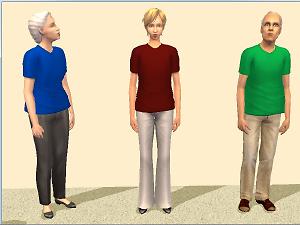 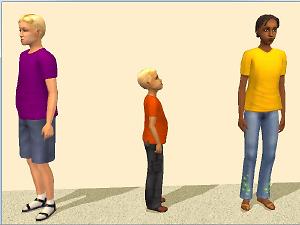 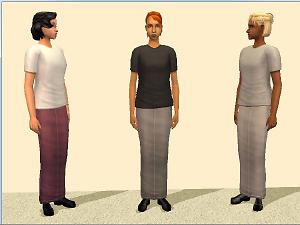 1,851 Downloads 24 Thanks  Thanks 6 Favourited 4,544 Views
Created by dharden
View all Downloads
Uploaded: 15th Dec 2018 at 3:15 AM
Updated: 25th Dec 2018 at 1:54 PM
A while back, fanseelamb made some AM PJs with t-shirt tops. Trapping separated the t-shirts as AM tops, and Ale made a set of 15 recolors. While the AM t-shirt mesh has been converted for children, teens, elders, and adult females, I'm not aware that Ale's recolors were ever converted, so I did that.

There are six sets, for elder males, elder females, adult females, teen males, teen females, and children. The child set is available to both males and females. Each set is in its own rar file, and each rar file contains the appropriate mesh. While there are a lot of packages, they're texture-linked to Ale's AM recolors, so the individual packages are very small. However, you will need to have Ale's recolors in order for these outfits to appear.

My filenames and tooltips refer back to Ale's, so you can just install the colors you want. All meshes have fat morphs. The AF mesh has a pregmorph, but getting it to line up with a pregmorphed bottom on a pregnant Sim may be a matter of trial and error.

As a bonus, I've included an AF version of the original grey, black, and white PJ tees. I did this because, at present, trying to find an AF version of the original tees doesn't seem to turn up anything; I couldn't even find a definite mention of them. I made these tees as standalone packages, using shirt textures separated from Trapping's AF conversion of fanseelamb's PJs. The shading on the shirts for the AF PJs is slightly different from that on the AM shirts, so while I don't know that the originals used the textures from the AF PJs, I can easily assume that they might have.

TM mesh by eir, edited by Keoni. 3212 faces, 2056 vertices
Notes: a) If you have eir's original mesh, Keoni's will overwrite it. b) Eir's original mesh could show small gaps on the Sim's upper back or chest when one or both of his arms were in certain positions, such as Body Shop's standard hands-on-hips pose. Keoni's edits appear to have fixed this issue. c) Neither eir nor Keoni mentioned hands, but the poly count indicates that this mesh uses Tenshii~Akari's smooth hands. A Maxis-hands version does not appear to be available.

AF mesh by Trapping. 1402 faces, 1000 vertices
Note: I've been unable to find any post by Trapping that has this mesh, any link to anywhere such a post might have been, or any archived version of an original set. The copy used here is from this set by DeeDee.

EM mesh by Trapping. 1402 faces, 1000 vertices
Note: This download includes the AM textures and mesh.

Additional Credits:
Jo, for the set of child shirts that got me to really look at the PJ tees.
fanseelamb, for both the original full-body mesh and textures, and for linking to several related versions and conversions.
Trapping, for originally separating the t-shirts as tops.
Ale, for the original AM recolors, and for pointing me to fanseelamb's original PJs.
The sims2packrat tumblr, for providing an archived version of eir's TM version of the tees, and Keoni for fixing the mesh.

letthemplaysims for collecting all the age and gender conversion meshes into one place. While I didn't use anything from this set, I wouldn't have known about the TM and AF meshes without it.
This is a new mesh recolour, and means that you will need to download the particular mesh itself in order for this to show up in your game. See the Meshes Needed section or read the text for more information.
Files Need help with downloading or installing content? Click here!