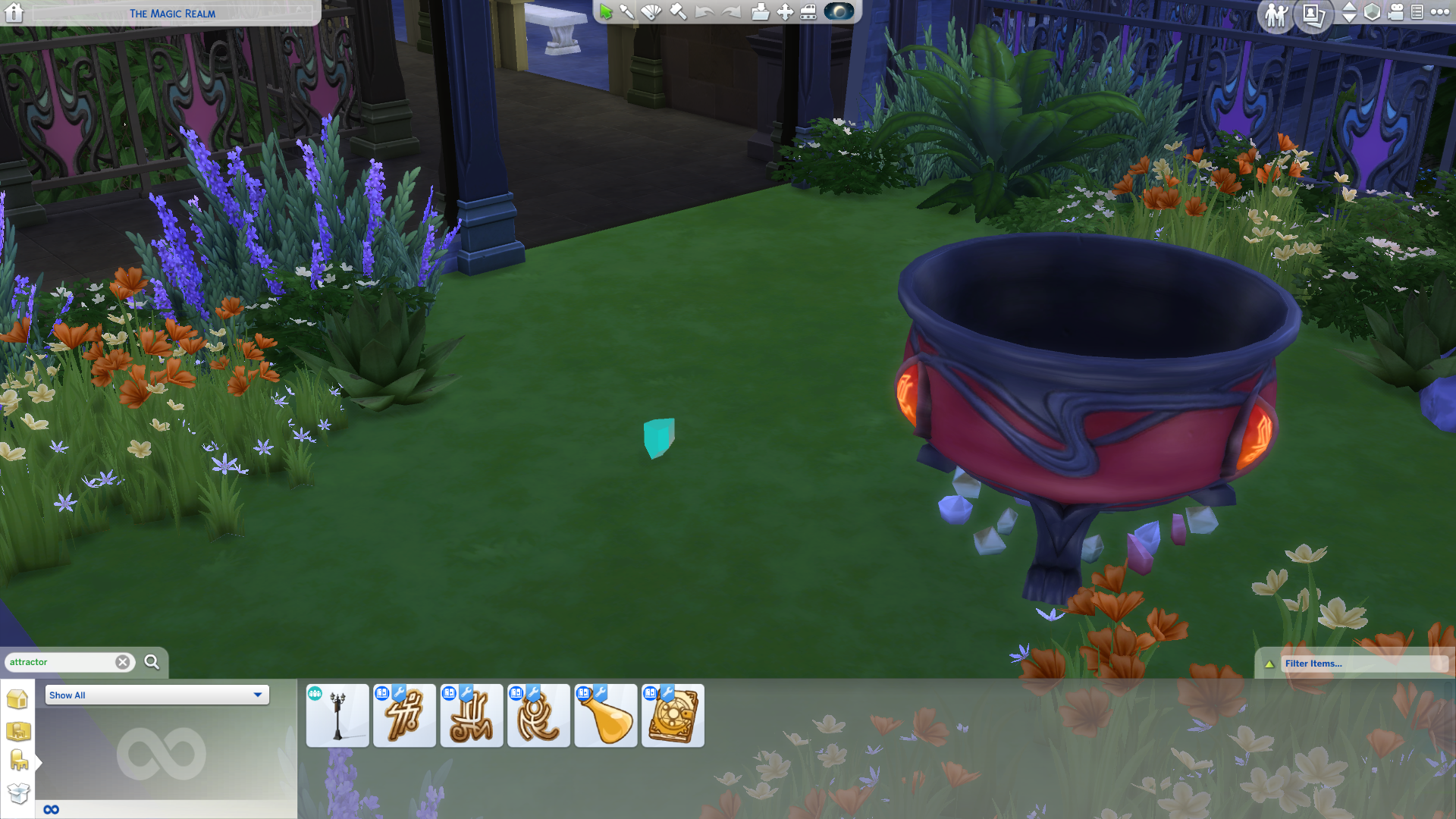 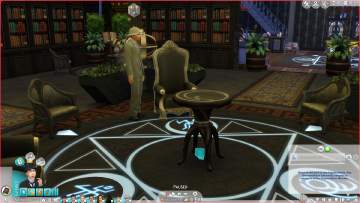 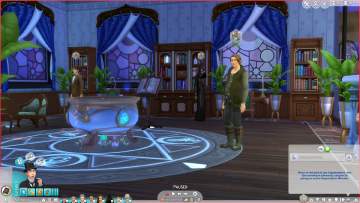 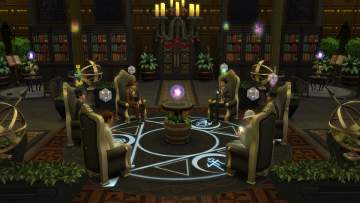 97 Thanks  Thanks     34 Favourited
Compatibility Updates I have finally made this today as I am very displeased with the PlayerEffect as the model does not hide and makes things 10 times harder. This addition adds 3 runes (the VFXes obviously comes from the Sages) and the object displaying it is invisible, expect the Rune (obviously). The usage of this item is up to you to imagine where should you put it in your builds.

The Magic Sage Attractors and Magic Mote Spawner are not available in the Catalog even with bb.showhiddenobjects and bb.showliveeditobjects. This mod overrides the Object Definition and Object Catalog of these items to make them appear in the Catalog, however in doing so, the Magic Sage Attractors will no longer be invisible, you will need to hide them. I am also pretty sure that anyone who had rebuilt the Magic HQ or wants to move these things might be interested in this mod.

What are Magic Sage Attractors? 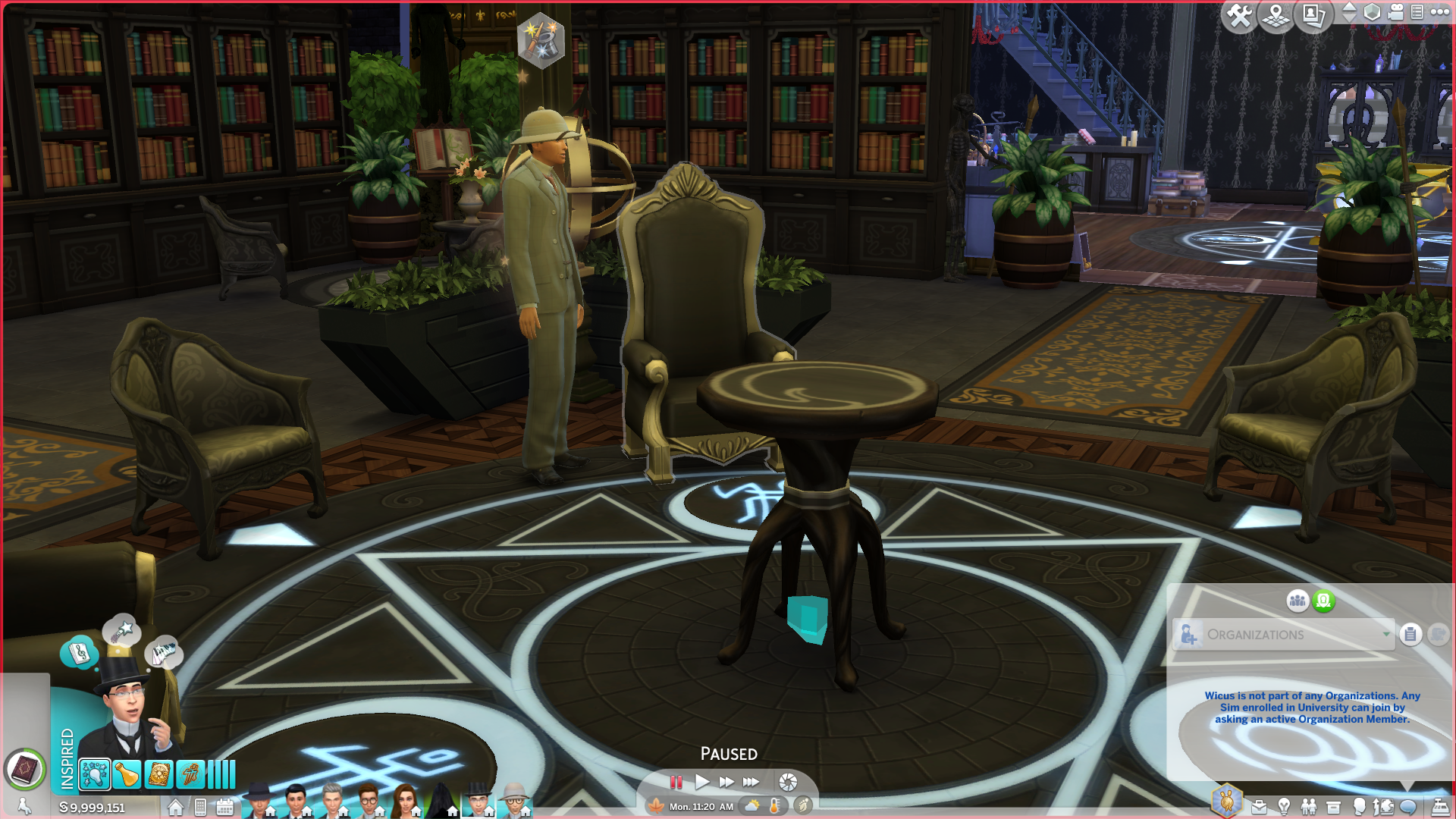 Magic Sage Attractors (The Tiny Blue Object Under The Table) are responsible for where each Magic Sage would hang out like Morgyn at the upstairs garden, Faba in her Basement Sage room and Simeon in his own room. They are basically markers where the Magic Sages will go to whenever the GoToArea interaction would fire on a set interval. I was working on one of my other mods and was wanting to make these Attractor Markers and was able to crack the code in making them appear in the catalog and decide to make one for the original sages as well.

What about Magic Mote Spawners?

These spawners exist in the Magic Realm and are all over in the realm and about 2 to 3 of them are in the Magic HQ lot. They obviously spawn motes for the fetch quest to become a Spellcaster.

To gain access to these items, use bb.showhiddenobjects and/or bb.showliveeditobjects to reveal them. The Magic Sage Attractors has been individually renamed to their respective sage as all 3 markers are called Sage Attractor.

Need more information?
Back to download view
7 Comments / Replies (Who?)