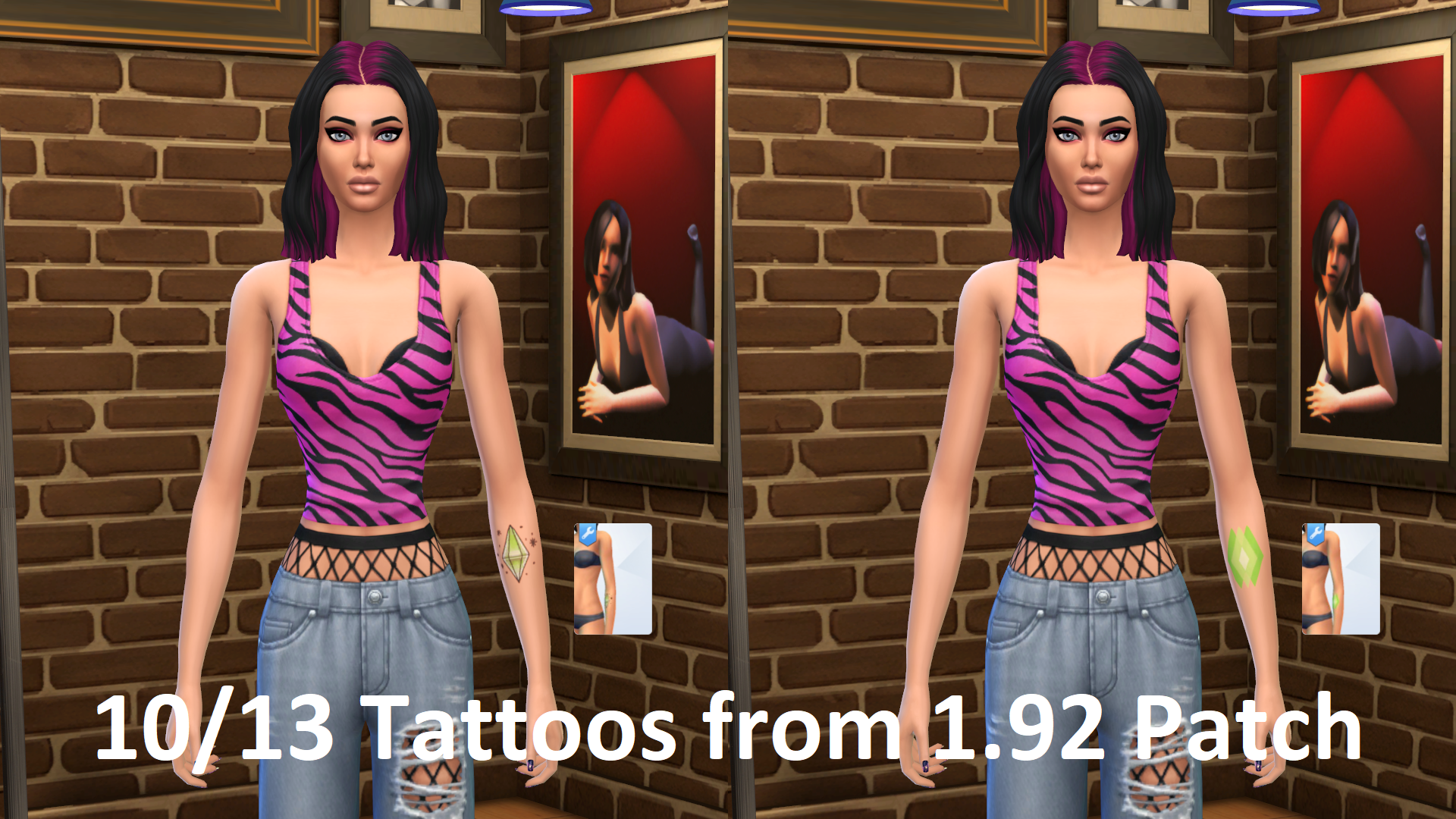 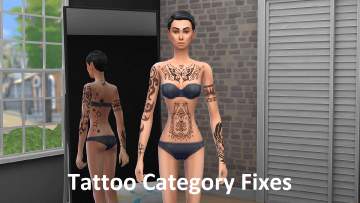 I rarely use many tattoos at once on my sims, but a few days ago I've noticed that arm tattoos on one hand can't be properly combined. I looked at them at SimS 4 Studio and found that all arm tattoos were categorized as Upper Arm. What a surprize! Maybe EA forgot they have a Lower Arm category? So I've made tiny overrides for the tattoos that are painted below the elbow - they are now Lower Arm.

Also I'd like to combine back Stars tattoo with some of the upper back ones, so the Stars is now Lower Back. Same for the beautiful belly tattoo by Genesis - I think it goes perfectly with the Butterfly by Mani, and now Genesis' belly is Lower Front. I've also added a swatch to it without upper element that overlaps most of Upper Chest tattoos, it doesn't have own thumbnail and is shown in CAS under the same item as the original tattoo.

And the last change - there was a doubled Tribal Monster upper arm tattoo in catalog, female and male ones were both shown for all genders and frames so I've tagged them to be shown properly for masculine and feminine sims.

Overrides for all tattoos shown on the screenshot - up to Werewolves.

There are two versions of these fixes: a merged with all the fixes, and a separate one for those who would like to choose items manually.

I've made the following changes:Only the CasPart resources were changed for all tattoos. The additional swatch for the Genesis' tattoo includes a texture as well.

Credits
Sims4Studio and EA.
Other Information

Use merged or separate version, not both!