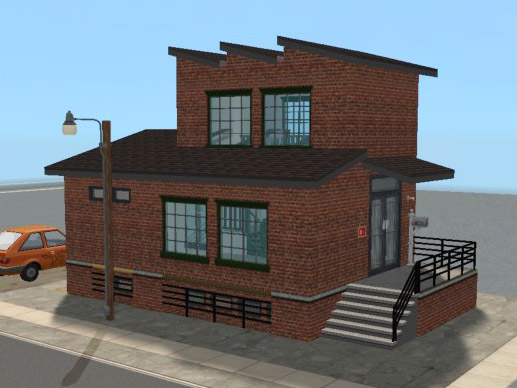 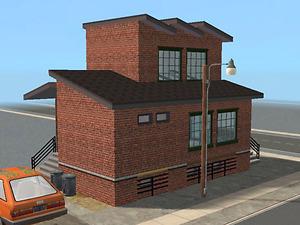 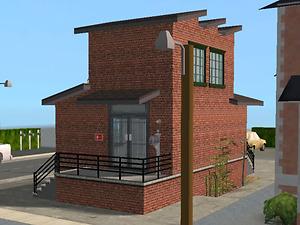 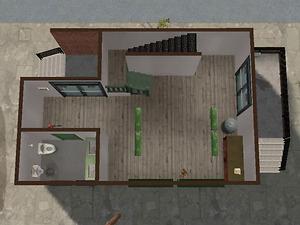 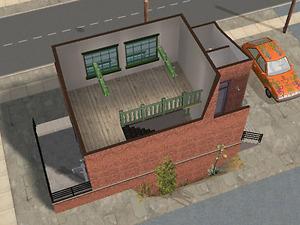 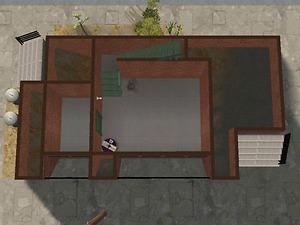 
Update, 2007-03-02:
Replaced the zip -- anyone who downloaded this before and got an empty sims2pack, try again. See this thread for more info.


Update, 2007-01-11:
Reuploaded to fix a (purely aesthetic) glitch: the basement windows would sometimes not show properly (or to be exact, the windows would, but the hole in the wall would be missing). This was caused by the pavement in front of them as I now realized. No need to redownload, it's faster and easier if you simply remove the pavement yourself if it bothers you (only the tiles *directly* outside the window, i.e. the non-flat ones).


Description:
For sims that are sick of living in the suburbs, Backdoor Lane provides an alternative: a couple of small town lots with a more urban look and feel. They fit together like a jigsaw puzzle, creating a maze of backyard gardens and interconnected alleyways when placed in a tightly spaced neigbourhood. Most of them work as corner lots as well as facing the street, creating a very different impression depending on how you place them and what's on the lot next door.


Backdoor Lane 05
is a tiny abandoned factory. It could be converted into a loft-style home for 1-3 sims (the basement is large enough to work as a double bedroom, kids can go on the upper floor) or into a business, or you simply leave everything as is and let your impoverished sims camp out there. You can probably use this as a starter home if you sell some of the stuff that the former tenants have left behind.

Unfurnished except for leftovers, a car and some basic fixtures (in- and outside lights, alarms, phone, toilet + sinks).

One bathroom and four empty rooms (one of which is destined, I think, to be a second bathroom). Parking for one car, car included.


Thank you:
This collection (frillen) as well as this one (loba) and that one (windkeeper), the mini lots by Andi8104 and the ones based thereupon (MaryLou) have been very useful in making the Backdoor Lane neighbourhood. Thanks for making them available.

Number of bedrooms:
2 Bedrooms
Custom Content Included:
Build content only: only Walls, floors, terrain paint, fences, stairs, windows, doors, etc.
Furnishings:
Fixtures Only: Lot is furnished how one would expect a real life unfurnished house or apartment to be