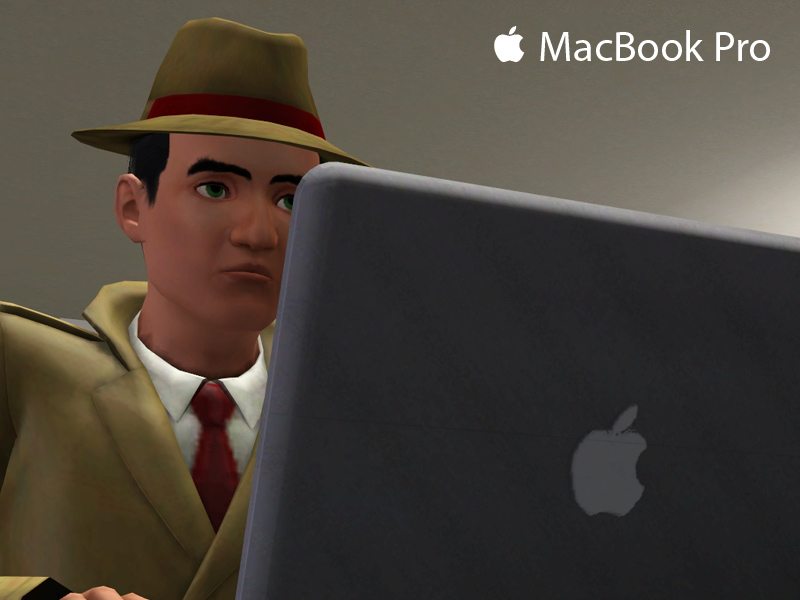 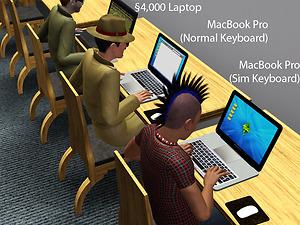 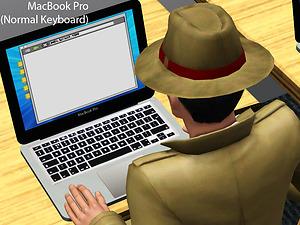 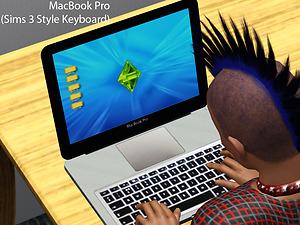 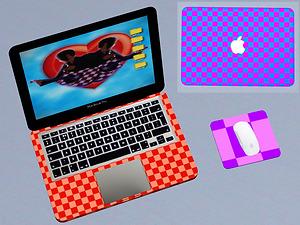 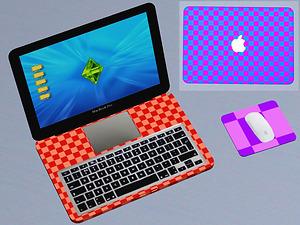 2,252 Thanks  Thanks     409 Favourited
This is a new mesh, and means that it's a brand new self contained object that usually does not require a specific Expansion pack (although this is possible depending on the type). It may have Recolours hosted on MTS - check below the description for more information.
Picked Upload! This is a picked upload! It showcases some of the best talent and creativity available on MTS and in the community.
Finally! Another one of Apple's overpriced gadgetry comes to SimNation!

This one in particular is a 2009/2010/2011/2012 13" MacBook Pro, and it is the closest replica that I could get of my own laptop, owing to limitations of the current modding software I used, such as not being able to move joints, etc. If this was a little bit different, it will glitch horribly.

Anyway, confessions over, the laptop has three re-colourable channels, which are the screen casing, the unibody enclosure and the mousepad, which a Magic Mouse is in place.

It is cloned from the Base game laptop.

Anyway, although the laptop itself is fine, there will be some simmers, like me, who's so obsessed with accuracy that aggravation is met when the hands actually don't tap the keyboard.

That is why I made another version, with the trackpad up and the keyboard down, just like the Sims 3 laptop, so that the Sims are actually typing on the keyboard!

The laptop costs §2,200, whether it is the normal version or the Sim version.

The unibody, the screen's lid and the mousepad can be recoloured.

Both versions do not conflict with each other, so you can have both of them in game.

Polygon Counts:
Both versions have the same mesh - only difference is the position of the keyboard and the trackpad on the overlay texture.

RIP Steve Jobs 1955-2011. Thanks for helping create my laptop. You will be missed by the Mac Simming community.

If you need more info, see:
Back to download view
73 Comments / Replies (Who?)