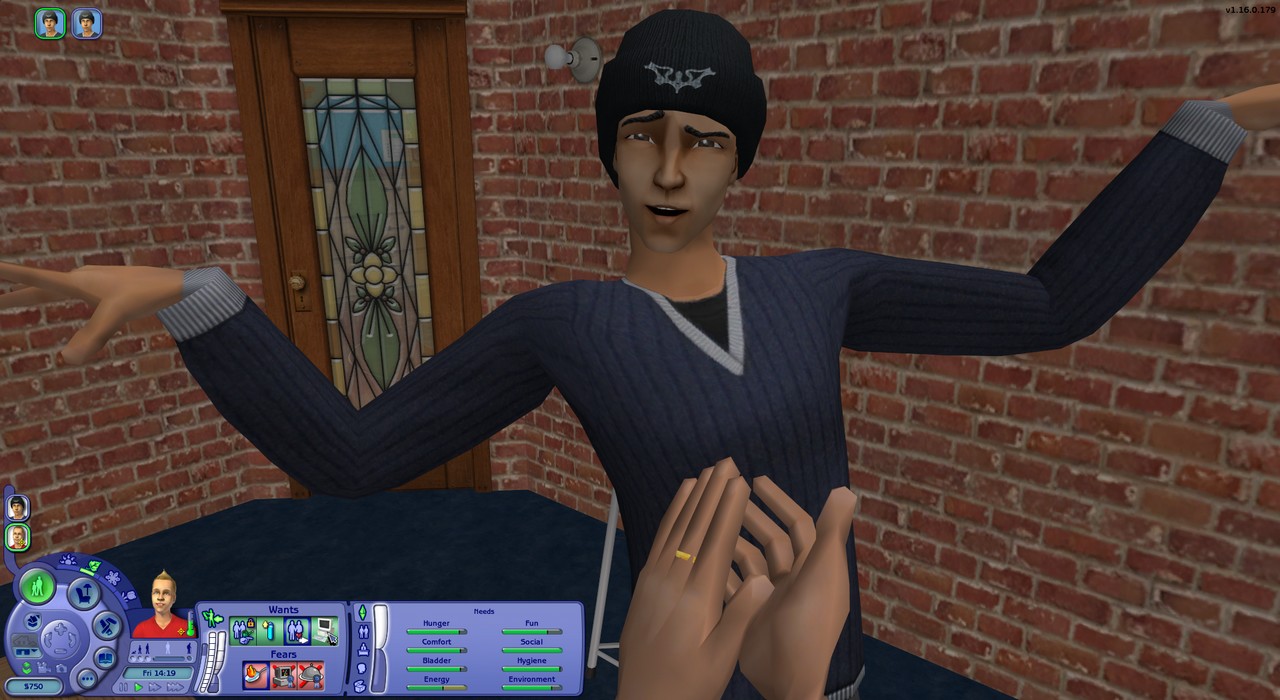 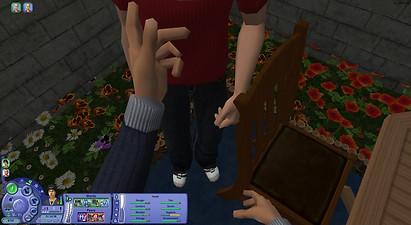 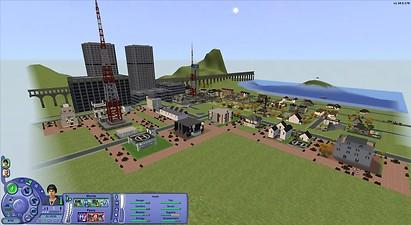 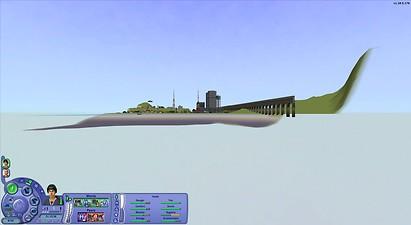 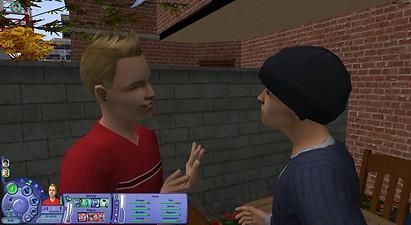 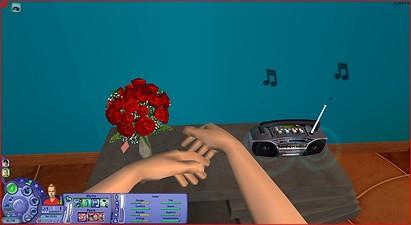 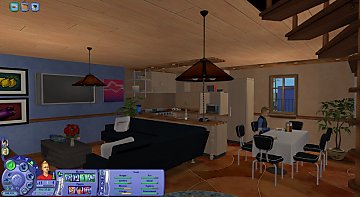 I was upset about the preinstalled live camera, and also not completely satisfied with GunMod's camera mod (even though it made everything much better already).
So I thought I make my own live camera mod, based on GunMod's live camera, with the following changes:

What makes this special?
Now let's have a look at the changes in detail.

1. Larger Field Of View
As said in the feature overview, the camera is more zoomed out than by default. The old zoom levels were quite unrealistic, a human can see much more at once, except he is one-eyed... . Here is a screenshot of a camera leaning back in a corner, looking into the room. Notice how much of the ceiling and the floor is visible and that you can almost see the two walls of the corner the camera is in. The original configuration would've shown only the kitchen furniture and would've cut away most parts of ceiling and floor, the spiral stairs on the right wouldn't be visible too.

If you have Apartment Life (EP8), you will notice that this new camera makes the "ceiling" camera useless: You can greatly modify the ceiling with this LiveCamera, you can also turn it upwards to see even more.

2. No more camera movement restrictions
I somehow got rid of the "invisible" walls around your lot which stop your camera from moving any further. You can move over the whole neighborhood. This looks best if you set the "Fade Distance" in the Game Options to "Off", so other lots and decoration stops disappearing suddenly. To quickly move to another location, it's a good idea to double-right click on that point where you want to move to and you go there immediately!

3. Ego Perspective Possibility
The original intention to make this mod was to reproduce a camera always moving like the currently selected Sims' eyes. As you can see on the images below, this is pretty close to that, but only works best with the following things being kept in mind:If you are ok with all this, you can get the following great results though:

Since this LiveCamera.txt resulted out of GunMod's camera mods (but has been changed mostly everywhere) there's also no fading for stairs, trees or lamps here. If you'd like that though, there's an additional download with the default Maxis fading.

First at all, pick one of the three downloads I have included here:
You do not place this download in the typical "Downloads" folder! You have to backup some files, before you replace those:
Additional Credits:
GunMod for his camera mods, from which this modded LiveCamera.txt was started.
Files Need help with downloading or installing content? Click here!

GunMod's Camera Mod 3.1 - The modded live camera contained in this download is based on the LiveCamera.txt found there.
Also Thanked - Users who thanked this download also thanked:
Rugs - zMOG!! Off Grid!!
by HugeLunatic
Gunmod's Radiance Light System 2.4 *4/29/09*
by dDefinder
Fix subhood selection
by Mootilda
Watch TV from all chairs
by MogHughson
Decorative Parking Spaces - with random cars parked
by MogHughson
20 Sliders
by Nopke
-Phae's Phone Book- Look Up Neighbors' Numbers!
by Phaenoh
Spitballs and Glue: School Doesn't Tank Fun
by Nysha
Pets and Children share Bed
by MogHughson
Pond & Sea Water Overhaul
by Voeille
Packs Needed
None, this is Sims 2 base game compatible!
Other Information
Type: