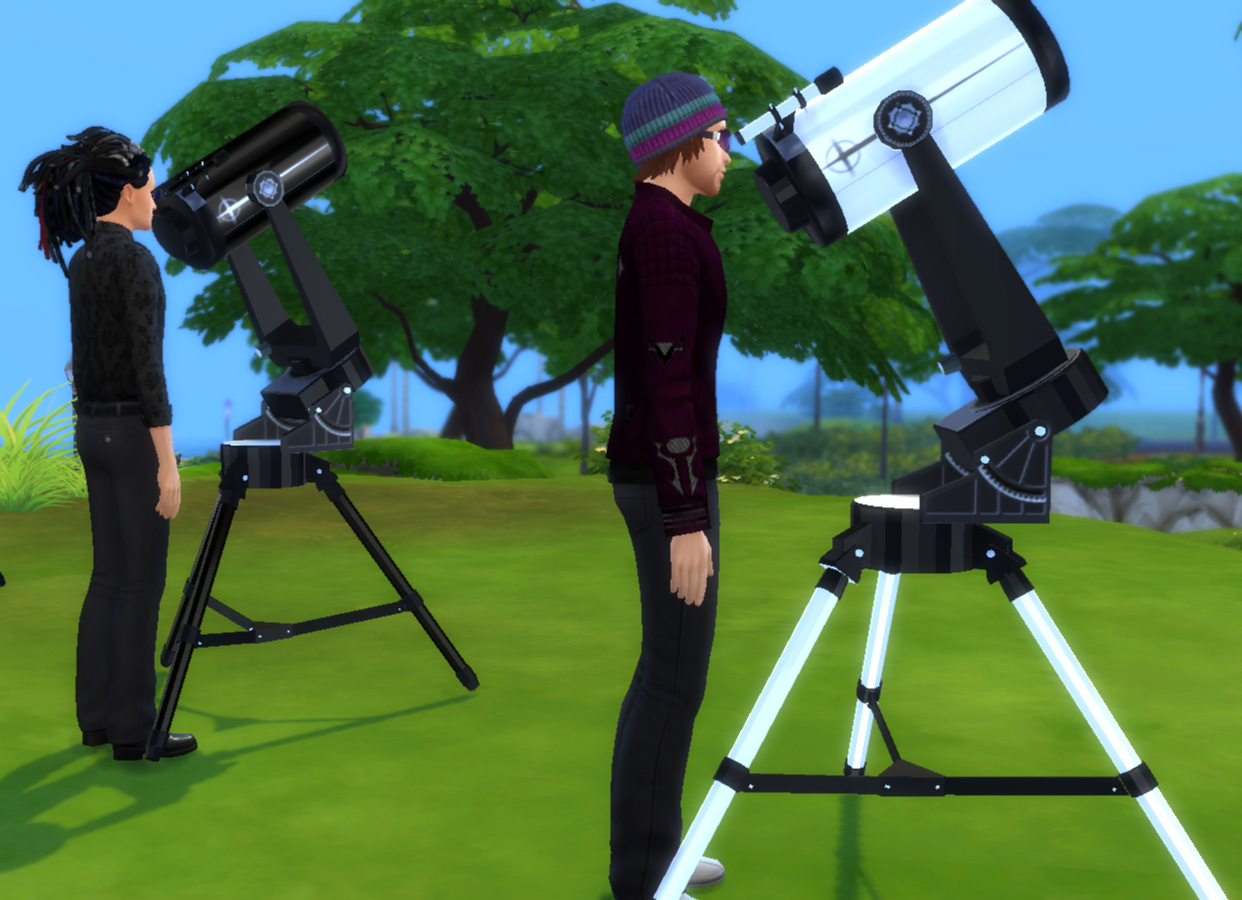 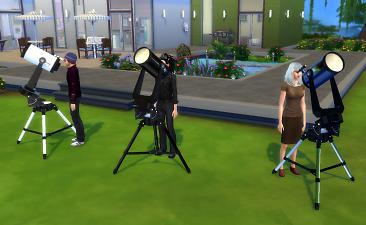 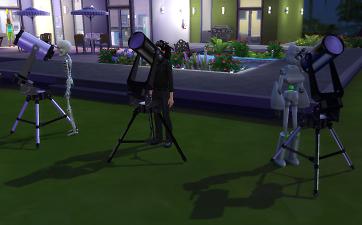 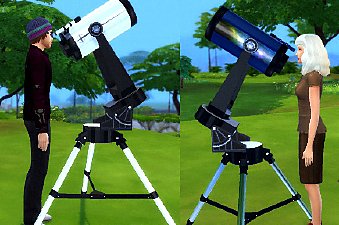 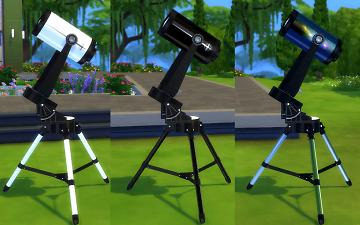 Created by Esmeralda View Policy / About Me View Downloads Home

Here's a space-saving alternative to that enormous Observatory that's too big to fit comfortably on many lots. The Observatory is okay for some purposes, but why the game ONLY included that huge monster and not a normal telescope or two as well, I can't imagine.

It uses the mesh of the Expensive Telescope from The Sims 2, and has a 2-tile footprint as opposed to the 25-tile footprint of the Observatory. It's found in the Activities section of Buy Mode, in the Knowledge area where the Observatory is, and costs 1000 simoleons. It comes three colours: its original white texture, black, and blue with a space galaxy graphic. 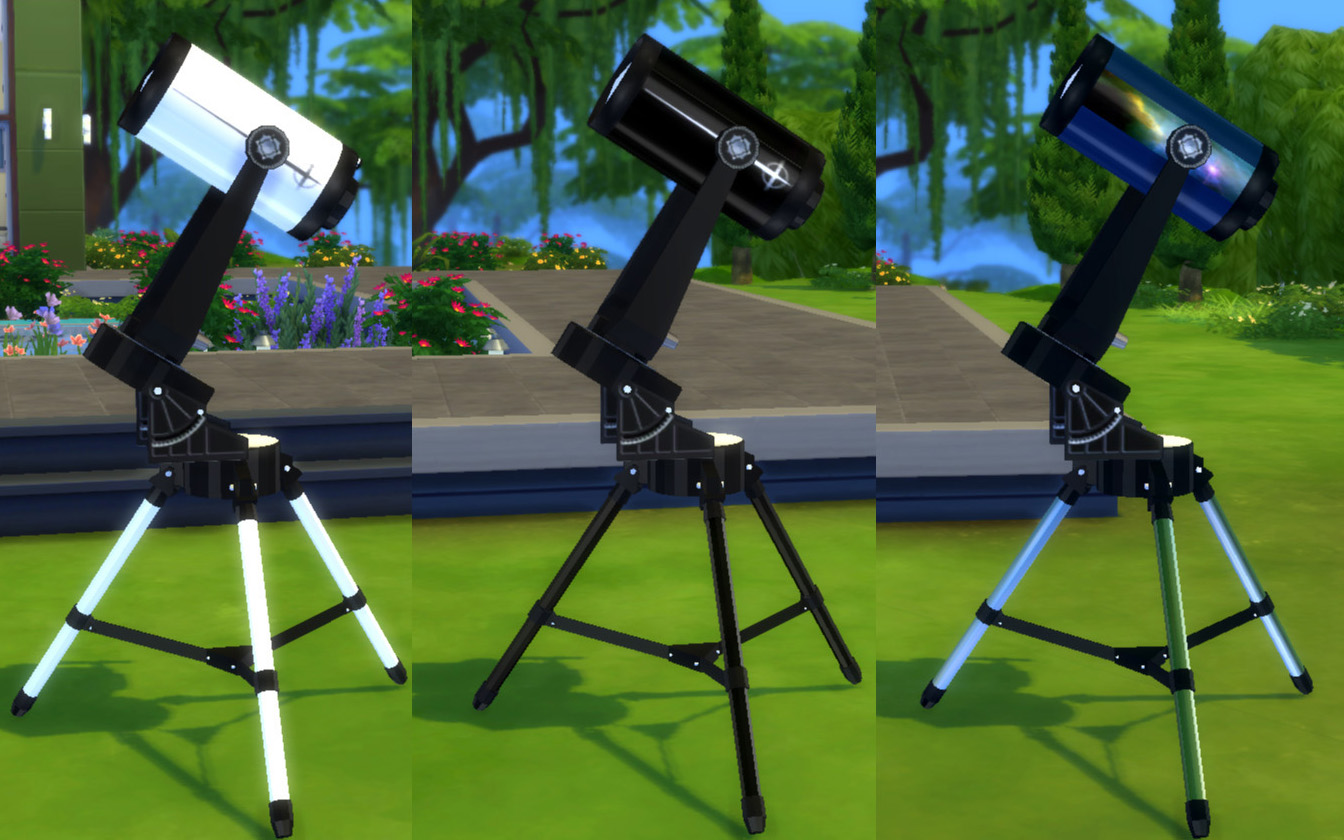 It works exactly the same as the Observatory, just with a different mesh. As you see in the first 2 screenshots in the below pic, it uses the default Observatory sim pose which (as you'll know if you've peeked inside the Observatory while a sim is using it) consists of the sim standing still with their arms at their sides. I positioned the telescope and its eyepiece to fit this default pose, in which we have to imagine that the telescope is so high-tech that all you have to do is stand there and it automatically adjusts and focuses itself (the telescope retains the whirring noise of the Observatory, which we can think of as the camera adjusting).

As a bit of amusement, the sim will occasionally laugh and talk to him/herself, especially if they're doing the Spy On Neighbors action. So they're not always completely inanimate. Also pretty amusing is what happens if you choose Woohoo in Observatory: as seen in the third screenshot in the below pic, the two sims just stand still, not even facing each other. So we have to think of it as 'Telepathic Woohoo', ha ha.

ISSUES: There are a few clunky default animations I can't do anything about, such as when the sim approaches to use the telescope and when he/she leaves it, they will perform the hopping up and down animation they use when entering and exiting the Observatory booth. Also, from time to time while using the telescope, the sim's body will, for some reason unknown except to EA, randomly do a jump forward into the telescope for a second and then back again to its normal position.

Also: please note that children using the telescope will stand in a very strange unnatural pose with their hands down between their legs - this pose is all EA's making and not mine, and I can not even begin to imagine why such a peculiar pose (of course they never expected us to see it, what with it being inside the observatory, but still - why???)!

Useful for spying on your neighbours during the day: 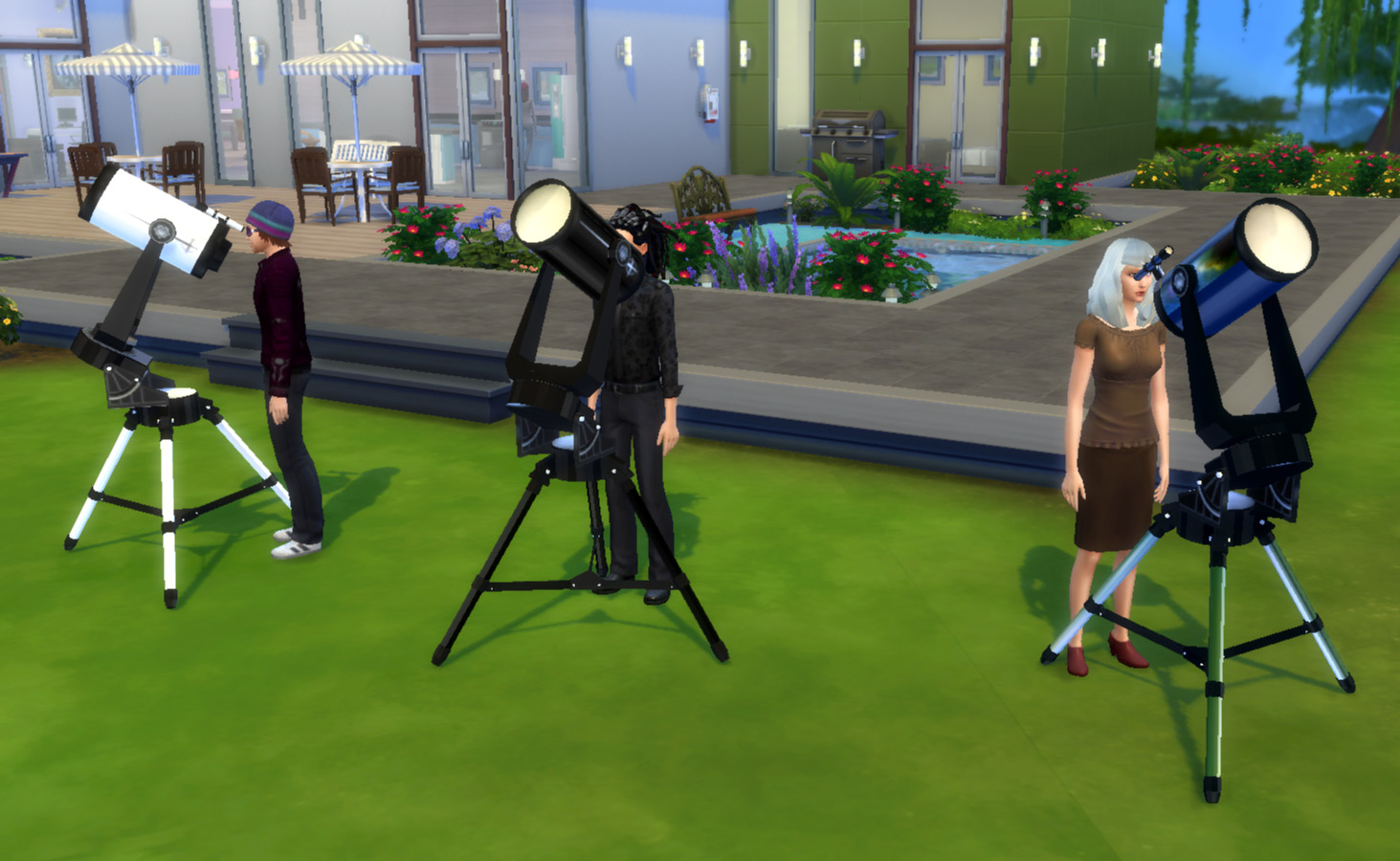 Or for its intended use for stargazing at night: 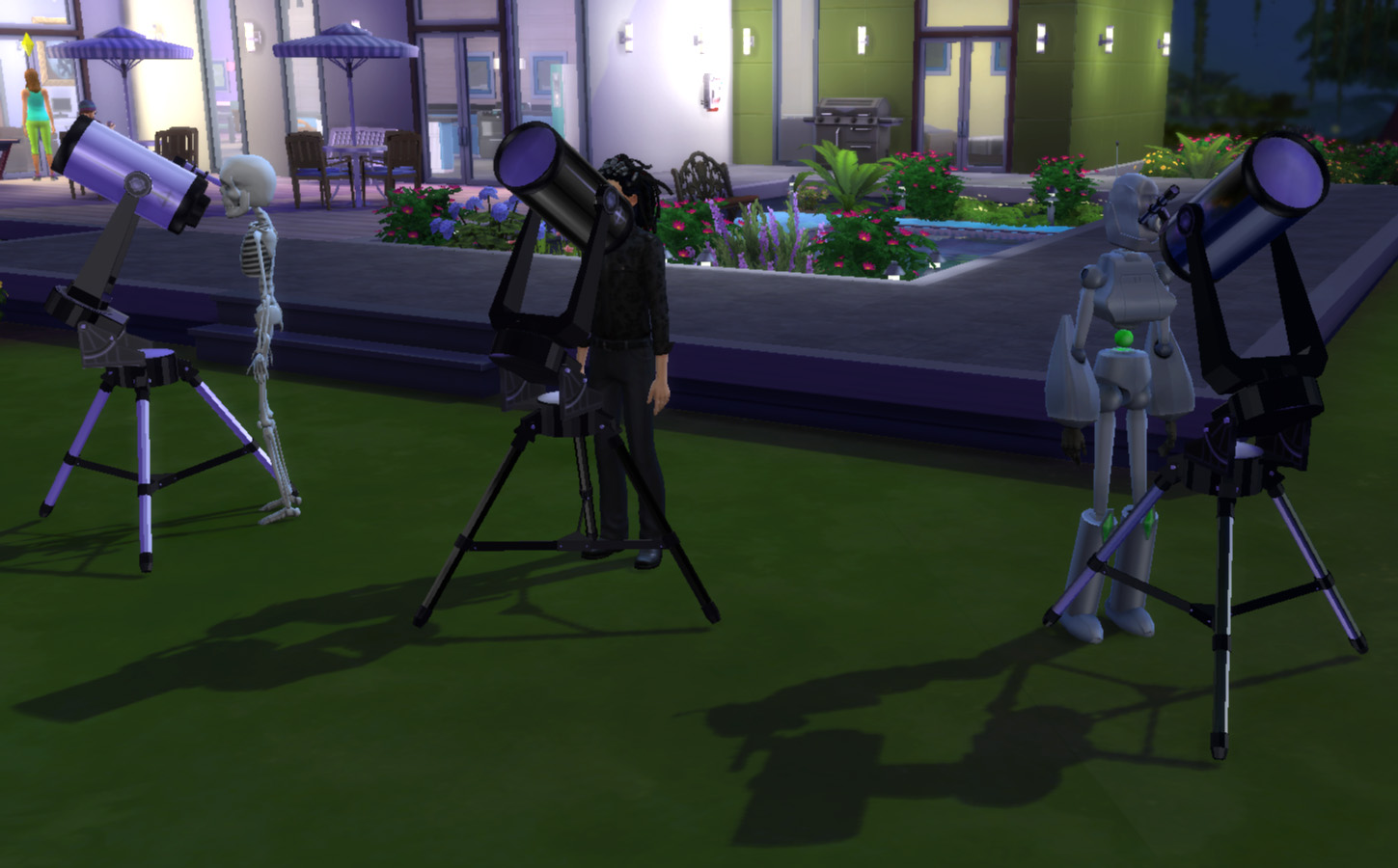 Thanks for looking, I hope you'll find this a useful space-saving alternative.

Additional Credits:
Made with Sims 4 Studio, Milkshape, and Blender.

Thanks to Maxis for the TS2 telescope mesh.