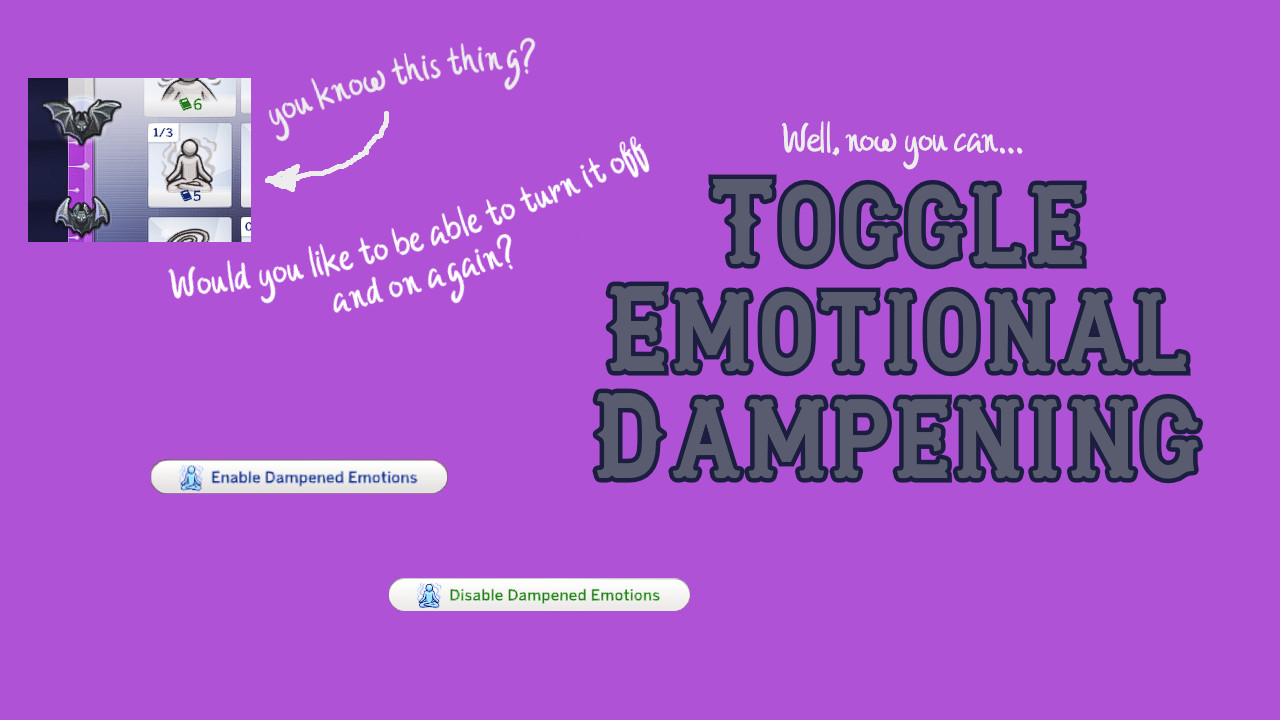 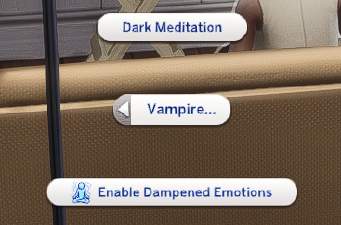 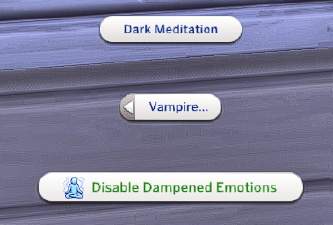 
This mod requires XML Injector and will not work without it.

So you know how vampires have a perk with 3 levels for Emotional Dampening? In the base-game (well, base-game+Vampires but you know what I mean), each level of that perk lowers the weight of some emotions by an additional 25%. But uhm. Apparently you can't turn it off whenever you, for some reason, want your Vampire Sim to have feelings.

How does it work? Basically, when you get the perk, your Sim receives a hidden buff to toggle that specific level of the perk, rather than getting the perk itself. Note that once enabled, you'll need to enable it again if you reload your Sim (be it by going to a different lot or starting the game up again), since I'd have to tie the toggle to a trait for it to stick and SimData continues to hate me. Since the point was for the emotional dampening perk to not be permanently on the Sim, this seems like a reasonable state for it to be in.

TL;DR: Your Vampire won't have the Emotional Dampening effect of whichever level you're at on the perk, unless you enable it manually.

Languages:
one of these days I will give in to the temptation of trying to include pt/fr translations for smaller mods on my own, and they might be very bad