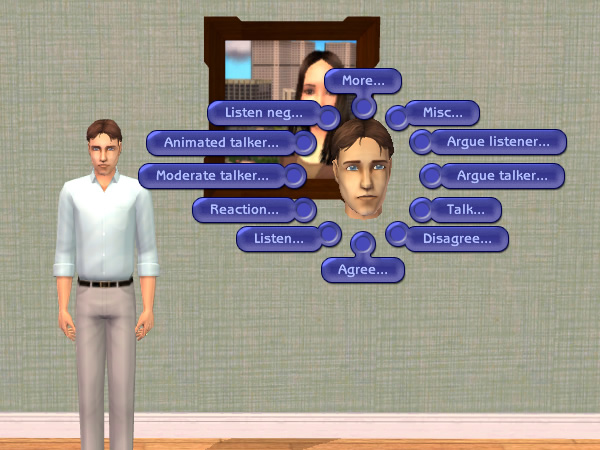 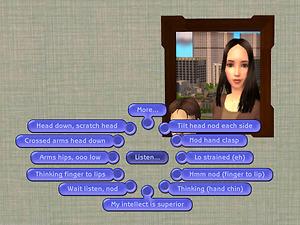 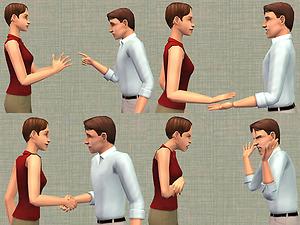 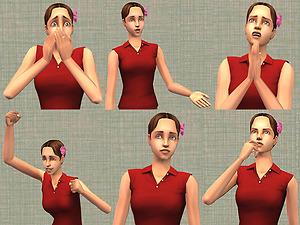 3,121 Thanks  Thanks     334 Favourited
This is a featured upload! It showcases the best talent and creativity available on MTS and in the community.

This talk hack is really designed for the movie maker (and storyteller) who films a lot of dialogue. When I film dialogue, I look for tone in talking/listening/reaction animations so that's I organized it. This hack does not have many submenus (2-3 at most). All of the selections have descriptions, or the best guess of what I think they look like, in order minimize ambiguity so you're not constantly replaying an animation to see what it looks like. Here is how the hack is organized:

Talk (straightforward talking, some moderate ones that would be ok for conversations; there may be some overlap in style but I didn't want one menu to be too long and the other short)
Moderate Talker (some body movement but not too cartoony)
Animated Talker (cartoony)
Argue Talker (self-explanatory)
Argue Listener (both defensive and concillatory)
Listen Negative (self-explanatory)
Listen (normal listening, not cartoony)
Reaction (postive and mild negative)
Reaction Neg (High) (reactions that are negative but dramatic)
Agree (normal to moderate)
Disagree (normal to moderate)
Topics (in-game topics, cartoony)
Talk String (includes 2 custom combination of debate talk animations, 4 custom combinations of the normal talking, animated animations, and moderate animation strings)
Misc (includes handslap guestures, speech whistle, pray- pulled from apologize, handshake)

For the handslap and handshake animations, you get 2 sims to chat and then cancel that out. Then pause and cue up whatever handslap animations (or handshake) you want for each sim. Then unpause. It might take a couple of takes because the sims switch the arm that they use but it will line up. If you're having trouble, try having only one sim run through the motions and then do both (you can usually synch them on the 2nd take).

The can be found in Hobbies...Miscellaneous and the picture is from my long-running talkie series Adventures in Dating (AinD) (shamelss plug- http://www.decorgal.com, click on AinD) since that's for what I primarily made it.

I hope the hack conceptually makes sense. I spent a lot of time tweeking the menus so that the animations would be easy to find when you're shooting dialogue or interactions. Most movie makers don't play that much so they usually don't know what "admire acceptee" looks like). I tried to include anything that would be useful and took out any animation that didn't work or was not useful. I tried my best to make the animations conceptually fit in their respective categories so hopefully they will make sense to you.

This was an ambitious project for my first hack but I really needed this. I plan on making a sitting/talk one and phone talk one next- both out of necessity.

Please test and give me feedback! Special thanks to JixsTS2 for providing helping me with the steps for hack making. The Custom Interaction tutorial by Echo was very helpful too! Thanks to all the people who did the preliminary testing for me (you know who you are)!