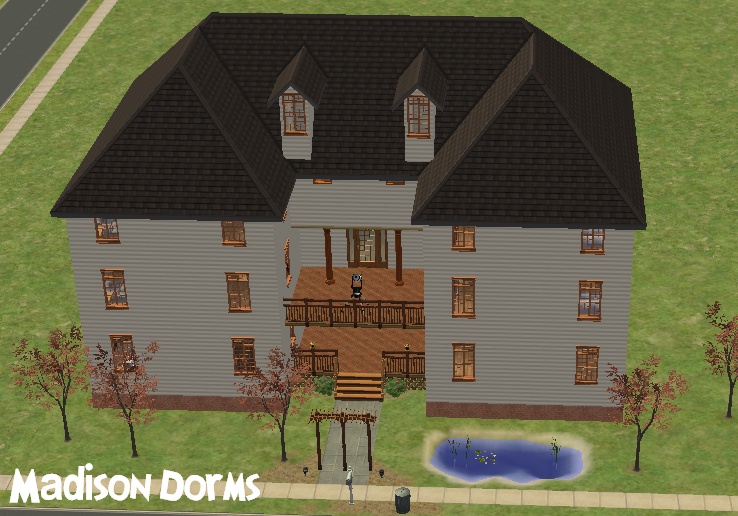 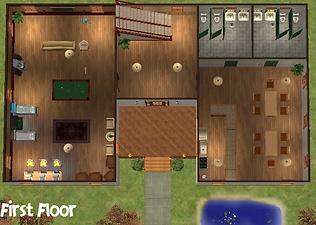 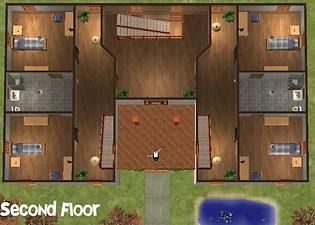 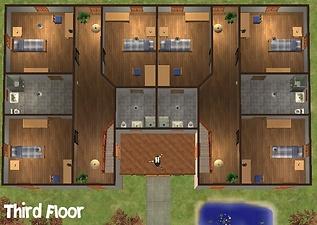 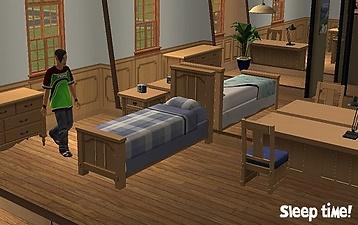 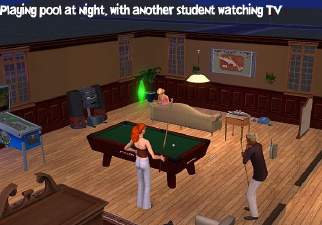 - A rec room with pool table, arcade games, and a big screen TV
- A study area with plenty of bookcases, chairs, and computers
- An attractive cafeteria built to seat ten
- Separate 'his' and 'hers' dorms
- Ten rooms w/ single bed, dresser, desk, and semi-private bathroom

Please note that each dorm room has a semi-private bathroom. I wanted to make it realistic, so each room shares a bathroom with the adjoining room. Don't worry, though -- in keeping with the 'traditional' feel of the building, male and female sections of the building have been partitioned. We don't want no funny stuff, now!

Also note: one dorm room on each side has a totally private bathroom! It's at the top. So, if you want it, I suggest you snag your room first-thing, before the computer-generated students start arriving and claiming theirs. If you have two Sims of different genders, no problem -- have them snag both. If you have two Sims of the same gender, just get two adjoining rooms.

Note: I also have Pets, Seasons, and Glamour Stuff installed! Even though I don't believe anything from any of those packs made it in, they could have. Beware the blue flashies!

– Fully Furnished : Lot is completely decked out in furnishings
Tags