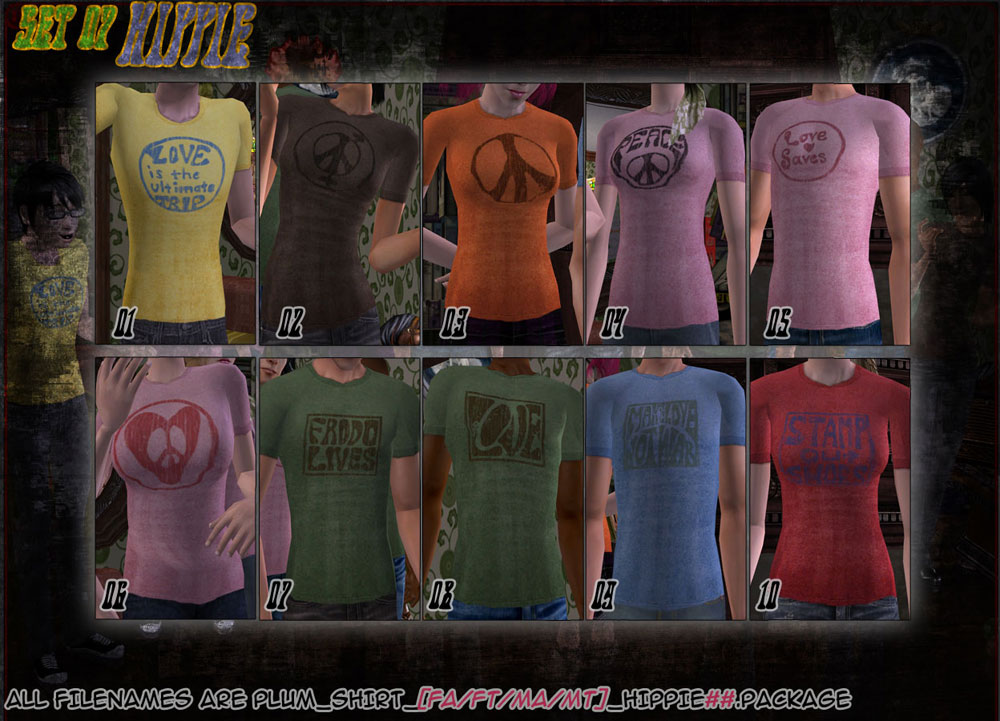 So, What Do We Have Here?
Set 07 contains 10 T-shirts for adults, both male and female, adults and teens from... well, it's a dingbat font. But, shh, don't give away my secrets! I've actually made a few of these into stencils and made real shirts for myself. xD