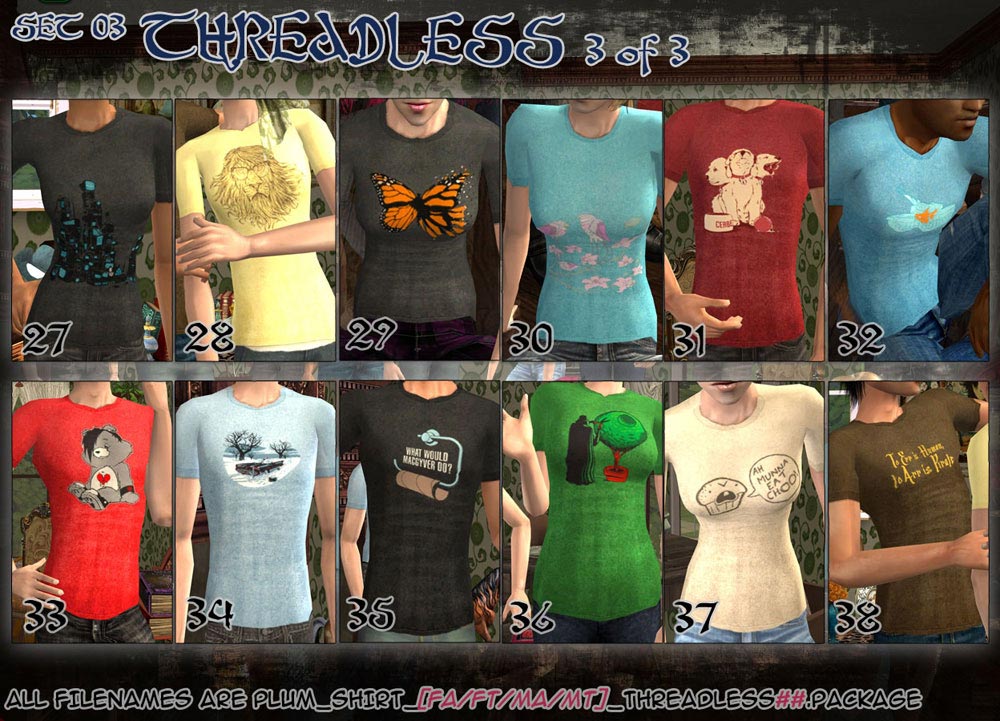 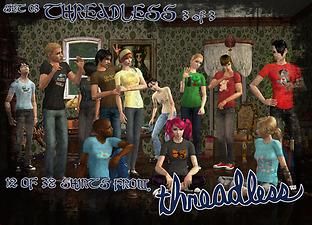 3,862 Downloads 488 Thanks  Thanks 51 Favourited 34,287 Views
Picked Upload!   This is a picked upload! It showcases some of the best talent and creativity available on MTS and in the community.

Text below is the same as it was for the last two sets, excluding changing 02 to 03 and 13 to 12. Tomorrow's set will be exciting and new, I assure you.

I, uh… would probably go outside more, that’s what.

Well, anyway, what I’ve done here is spend way too much of my all-too-brief vacation making T-shirts in 113 designs for females and males, both adult and teen. I originally tried to cram them all into one thread, but that made the mods sad, so I've split them up into eleven sets.

So, What Do We Have Here?
Set 03 contains 12 T-shirts from Threadless.com for adults, both male and female, adults and teens.

All of the shirt designs in this set come from Threadless.com; the name of the artist is also on the texture file for each shirt.

Sharing Policy:
Since these are recolors, I'd assume they fall under fanseelamb and HystericalParoxysm's sharing policies. Personally, I have no sharing policy. I donut care.
Other Information