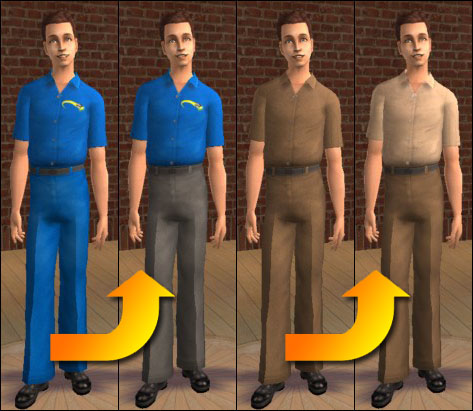 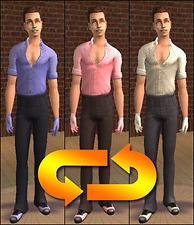 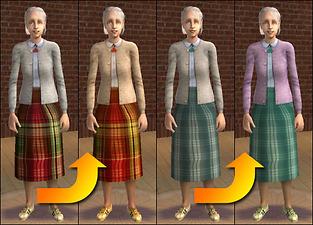 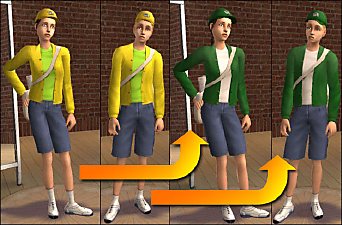 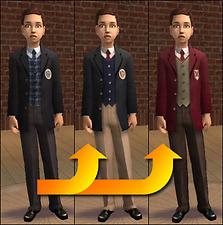 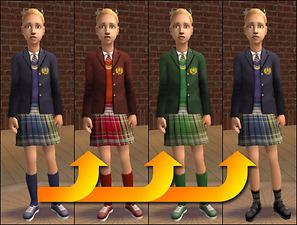 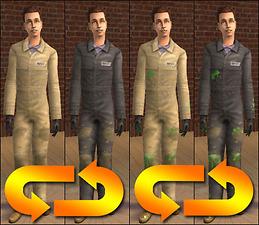 1,148 Thanks  Thanks     108 Favourited
This is a Maxis Recolour which means that it is a recolour of an item that already exists in your game. Please check the Expansion pack requirements to see which game pack it recolours.
Picked Upload! This is a picked upload! It showcases some of the best talent and creativity available on MTS and in the community.
Newspaper Deliverer, oh Newspaper Deliverer, WHO GAVE YOU SUCH AN UGLY OUTFIT! Does your chronicle have NO MONEY? What store even makes ugly yellow jackets anyways, and that LIME GREEN SHIRT? tsk-tsk. Let's get you all fixed up nice, and throw away that hat. ew... 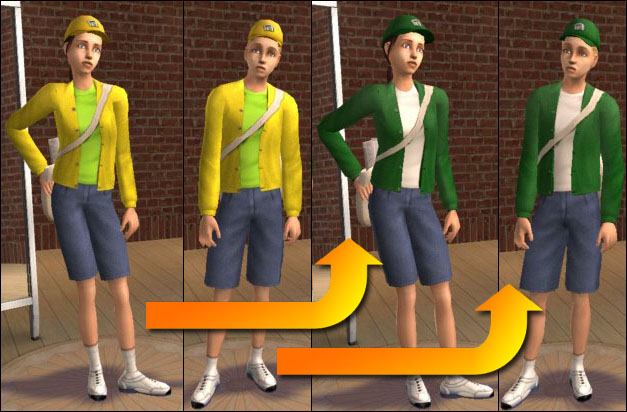 That's better, while we're at it, lets also take the Nanny, Mr.Maid, Repo and Extermy, the Grocery Deliverer, the kid's Bus Driver, and mix things up for the Headmaster and his private school uniforms. 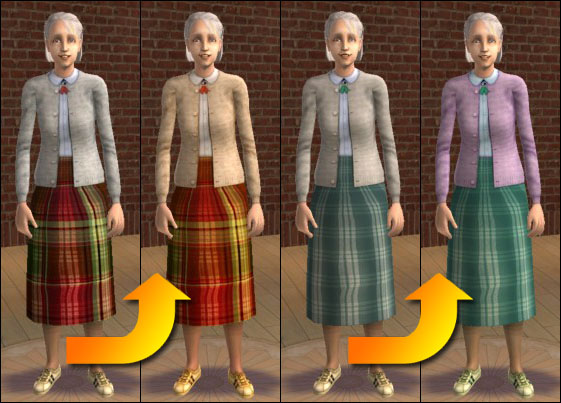 These are DEFAULT REPLACEMENTS, meaning, when you place them in your downloads folder, they will act as Maxis clothing, completely replacing their counterparts. This includes sims currently wearing them. If you want to remove mine and return to the maxis versions, just delete my package from your downloads folder. Btw, if you want your clothing catalog images to reflect these changes, delete your thumbnails folder: C:\Documents and Settings\(yourname)\My Documents\EA Games\The Sims 2\Thumbnails. The game will generate new ones. If you want not default versions, check out this thread of mine.

The pictures with the arrows pointing from one picture to another mean they are normal default replacements, the 'recycling' arrows mean that there was more than one outfit to begin with and I just reversed the order they show up in. If you don't happen to use the the service sims as your dating pool you have probably never seen the secondary outfits they have. I've just reversed the order in case you like the other one better.

In the case of Mr.Maid, there were three outfits, I've included versions of EVERY POSSIBLE way of arranging those three without repeating. If you want Pink to be the one Remington Harris wears when he comes over to 'clean' you need to pick one of the files that lists Pink as the first choice. Pink-Blue-White, Pink-White-Blue, or AllPink would work. Currently Maxis has it as Blue-Pink-White, so that is the only one not included. I think I'll be using White-Blue-Pink. 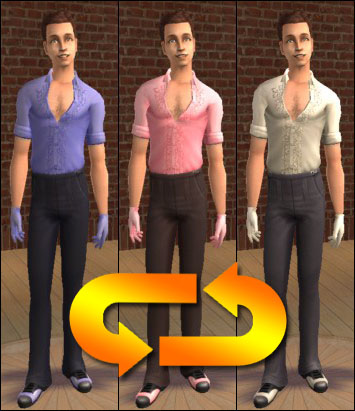 The Private School .rar also needs a bit of talking about. Inside is a 'recycling' file of the headmaster, and standard replacement versions of the kids' uniforms (This will affect teens as well, just didn't picture it). If you are tired of your kids heading off to school in the same old boring blue uniform while sitting in their closets is a perfectly good school uniform in red, well then this might be for you. You still only get to have one 'true uniform', it will be the only one they go to school in, and it will replace the standard school one. I personally can't decide which one to use, in my opinion they are ALL worlds better than that same old boring one (and in the case of the boys, ugly). If you keep the other files around somewhere (just not in your downloads or savedsims) then you can switch them out as you get bored of them, or just try them all on till you have one you like. 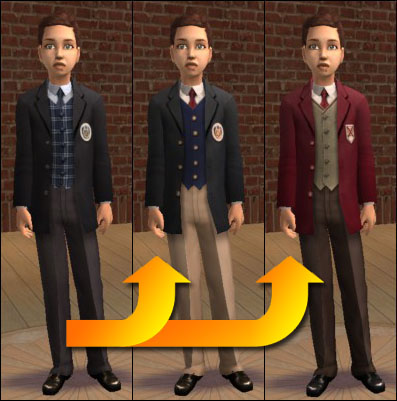 I thought I should go through and let you know which ones I actually made and which ones Maxis was just being selfish with. I did the newspaper kids, busdriver, deliverer, and nannies, all the other ones were all Maxis.

If anyone is wondering why the numbers for the Bus Driver, Delivery, Extermy, and Repo downloads are so low thats because I combined them later. I didn't like how padded my downloads number was for this post, so this cleans it up a bit. Also, don't worry if you want to replace one that is combined with another you didn't want. They are still separate packages, just delete the other one after you open the .rar. Thanks!

My Social Bunnies got fixed and updated. Make sure you go get the new version. Social Bunnies! I've got a lot more defaults on my page, check it out here!

P.S. I LOVE reading comments, thoughts, ideas, and suggestions, leave me a couple?

Additional Credits:
To the workforce, for agreeing to chip in a bit of their small salaries to get new uniforms! Lets hear it for the BLUE-COLLARS!

(The private school is requiring any student who wants a new uniform to pay for it out of pocket, or rather out of their parent's pocket, access your families' finances before downloading.)