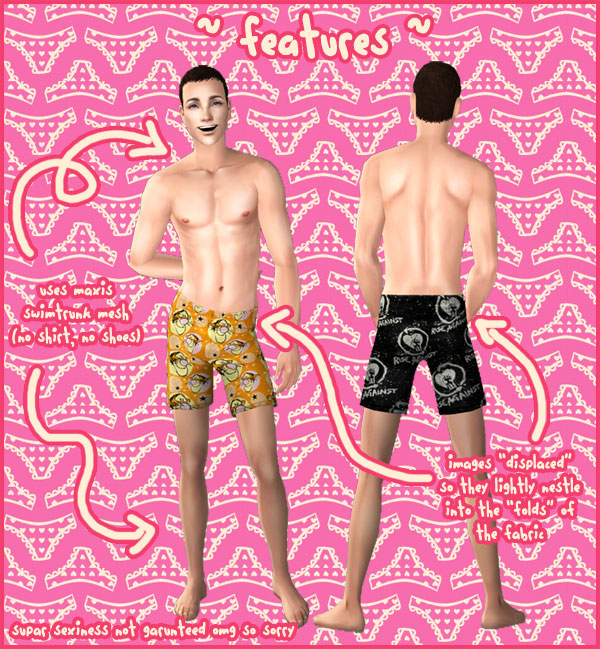 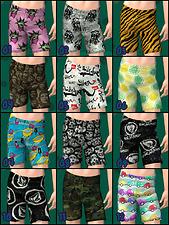 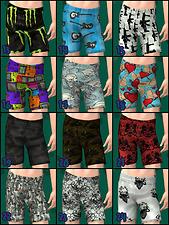 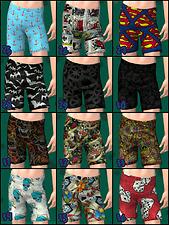 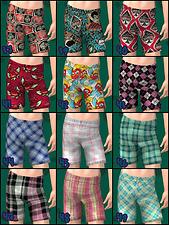 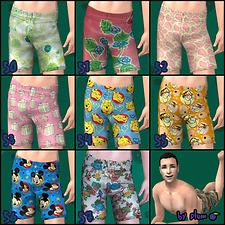 33,635 Downloads Quick download 2,535 Thanks  Thanks 160 Favourited 128,976 Views
Picked Upload!   This is a picked upload! It showcases some of the best talent and creativity available on MTS and in the community.

UPDATE: You know who's awesome? Sphinx287 is awesome. I, apparently, screwed up the file names during my frantic mass-production, so she just went ahead and fixed them. Who does that kind of crap?? God[desse]s among [wo]men, that's who.

The most popular thing I've made so far has been my set of 50 undies for little girls. Lets see if my undies will be just as popular without the little girls being in them. Or, at least, lets hope. And pray. And hold our children's hand when we're in the grocery store.

In less creepy news, since my last upload I learned how to use displacement, so these are slightly better quality than my previous items. Fancy.

Description:
Anyway! Like I was saying, my game needed more adult male undies so I made a 57 of 'em. And I compressorized them, so they should be good to go.

They're all in one zip, but I numbered them and labeled them so it should be easy to just take the ones you want.

You may also noticed that #38 is not pictured. I don't know where that picture went, but I chose not to re-load my game and re-set up and re-take it 'cause it's really just the same as #39 except blue.

Policy:
I hope I didn't forget anything... it's been awhile. I hate my job, fyi.

I made the previews too tall to be inline 'cause I caught teh dumb; sry.

Archive Information
This is a Maxis Recolour which means that it is a recolour of an item that already exists in your game. Please check the Expansion pack requirements to see which game pack it recolours.
Archive: 57boxers.rar
File: plum_am_boxers_51strawberries.package Clothing Recolour Included Custom Content