My dog, Ginger! Adopt her today! 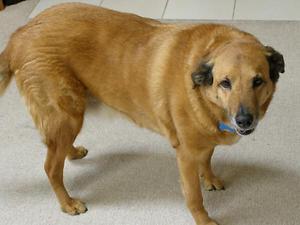 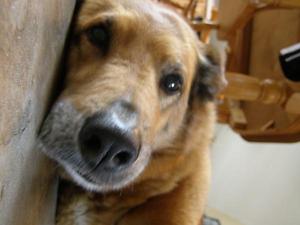 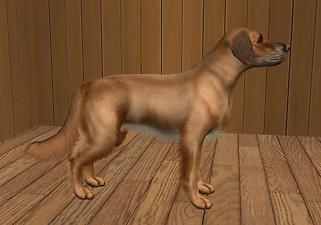 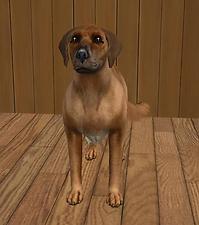 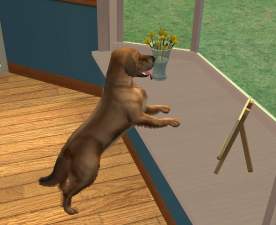 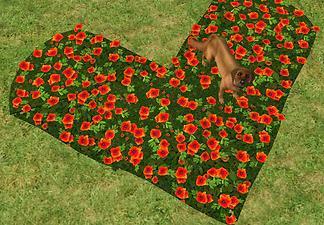 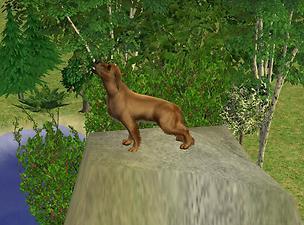 This is Ginger, my beautiful nine-year old puppy. Yes, she's nine years old. She's a combination of a German Shepard and some sort of Labrador. Wanna know what's funny? She's a strange mix of these two rather large dogs, yet she's smaller than both. In real life, she's not much bigger than, let's say, a real German Shepard would be around 8 or 9 months? We've had her since she was about 4 months old or so, maybe a little bit younger. As soon as she was old enough to leave her mother, I brought her home.
Well, anyway, in celebration of her 9th birthday, I made her in game! Poor Ginger is going gray in her years =) She looks like an old lady.
Ginger has an amazing temperament and is great with kids. She has a beautiful, soft coat that is a pretty honey brown color, with some German Shepard markings around her snout and ears, and on her tail. She's got a white underbelly, and she's nice and shaggy and very huggable. How can you resist that face?
Take her home and complete your family today!

Additional Credits:
My parents, for letting me keep her!