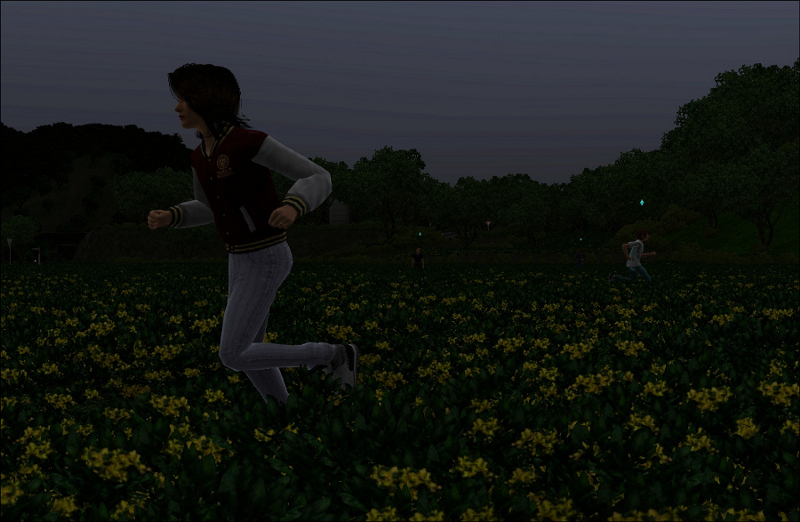 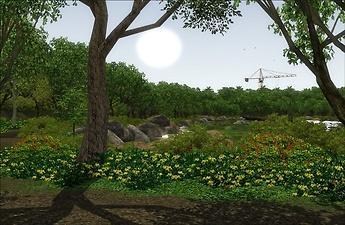 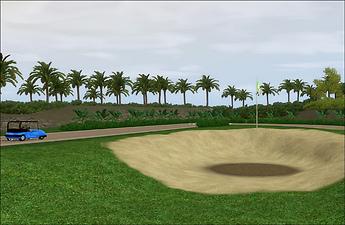 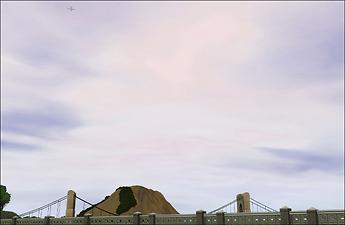 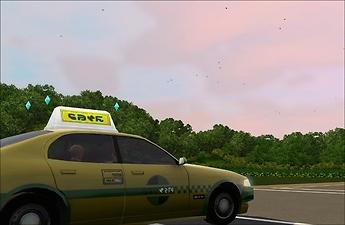 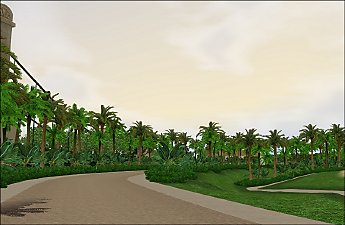 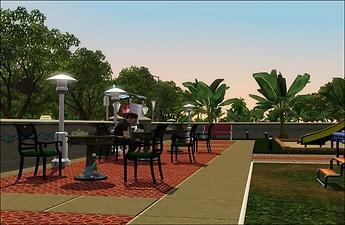 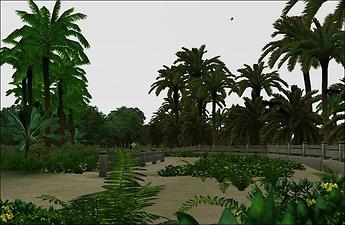 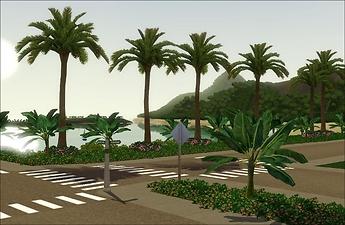 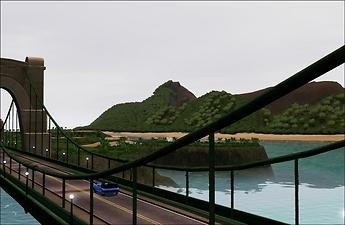 15,270 Downloads 949 Thanks  Thanks 193 Favourited 112,938 Views
Picked Upload!   This is a picked upload! It showcases some of the best talent and creativity available on MTS and in the community.

October 29 2011 -- Update
Updated to include stars. Thanks to everyone who mentioned that they had vanished

If you would like to package this lighting mod in your world, go on and do it!
Don't bother yourself with crediting me either, it's all yours now!

This mod will produce a more tropical lighting and weather atmosphere for all EA and Custom worlds.

The weather here in Hawaii tends to have more fog and mist in the air (especially on the countryside), and I wanted to mimic that in a world I've been creating. In-game, any mountains or lakes off in the distance will be shrouded in a nice fog that adds depth and realism to the scene. In addition to a foggier atmosphere, the mod also changes the light source from white to a flame/yellow hue which makes the sun appear brighter over the land. The cloud and sky colors have also been enhanced to show greater contrast and brightness, and a greater mixture of colors in the sky at noon and mid-time.

Before and After
Clear Skies
7:46 AM

Sun rises at 8am and sets at 6pm, allowing for longer evenings and sunrises

Taken at Approximately 8am 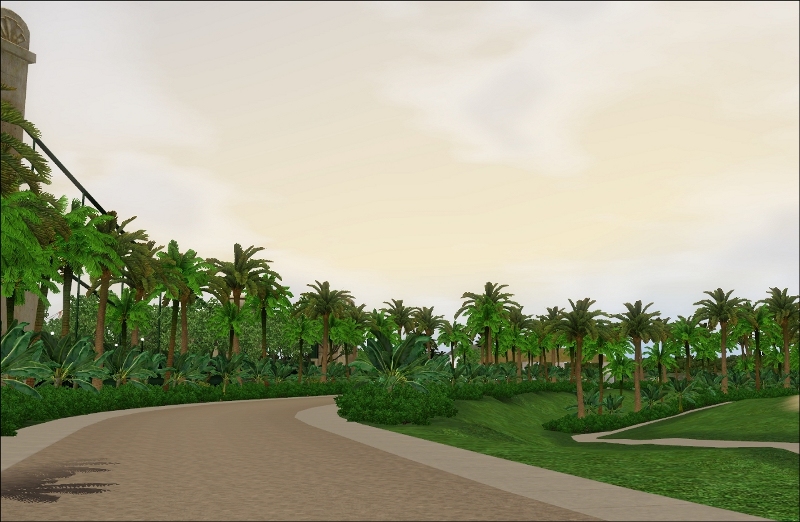 Taken at Approximately 10am 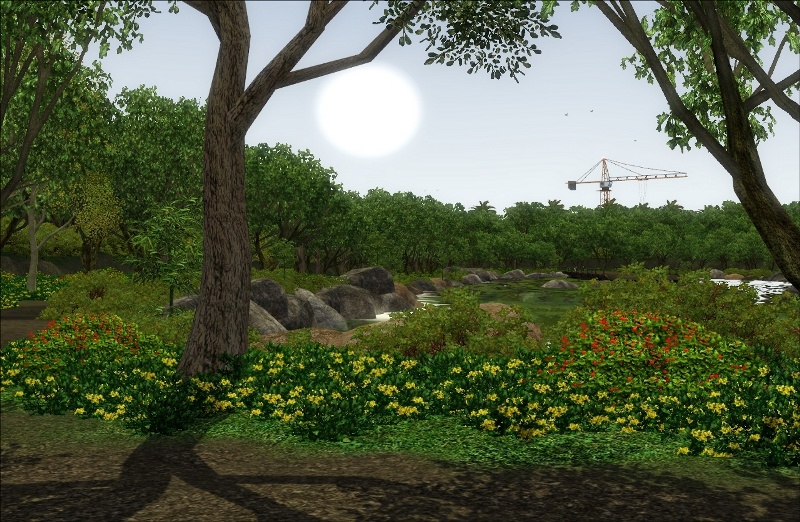 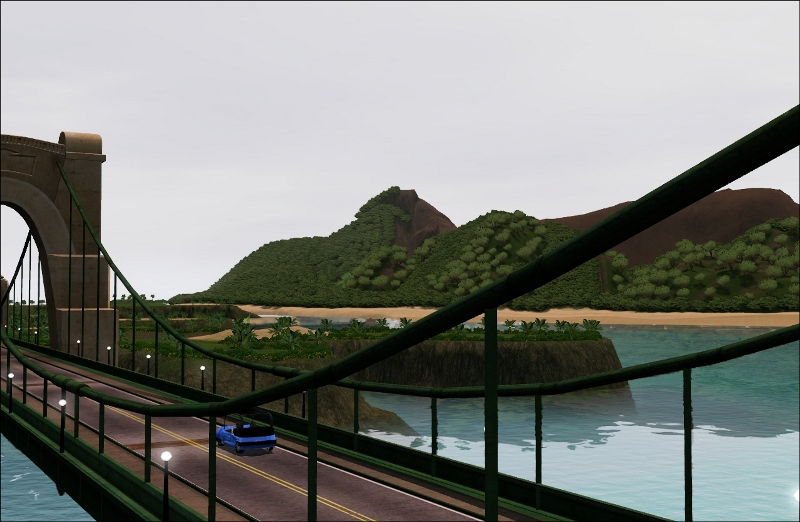 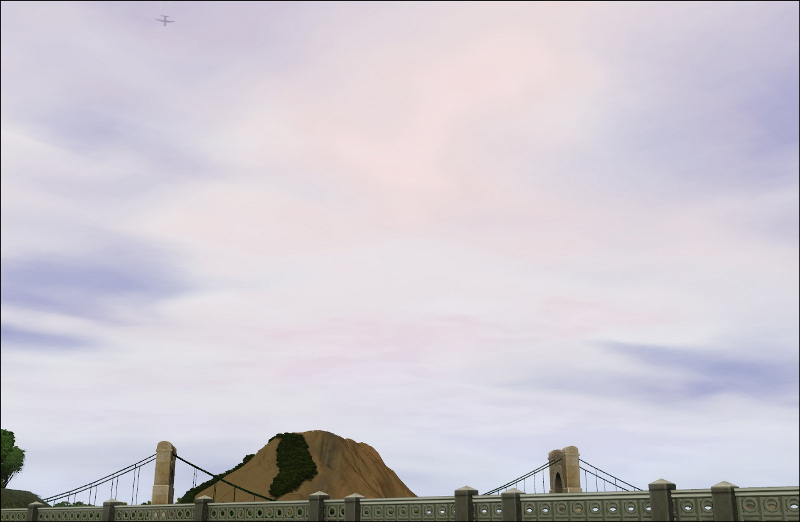 Other Information
Type:
– Other
Tags