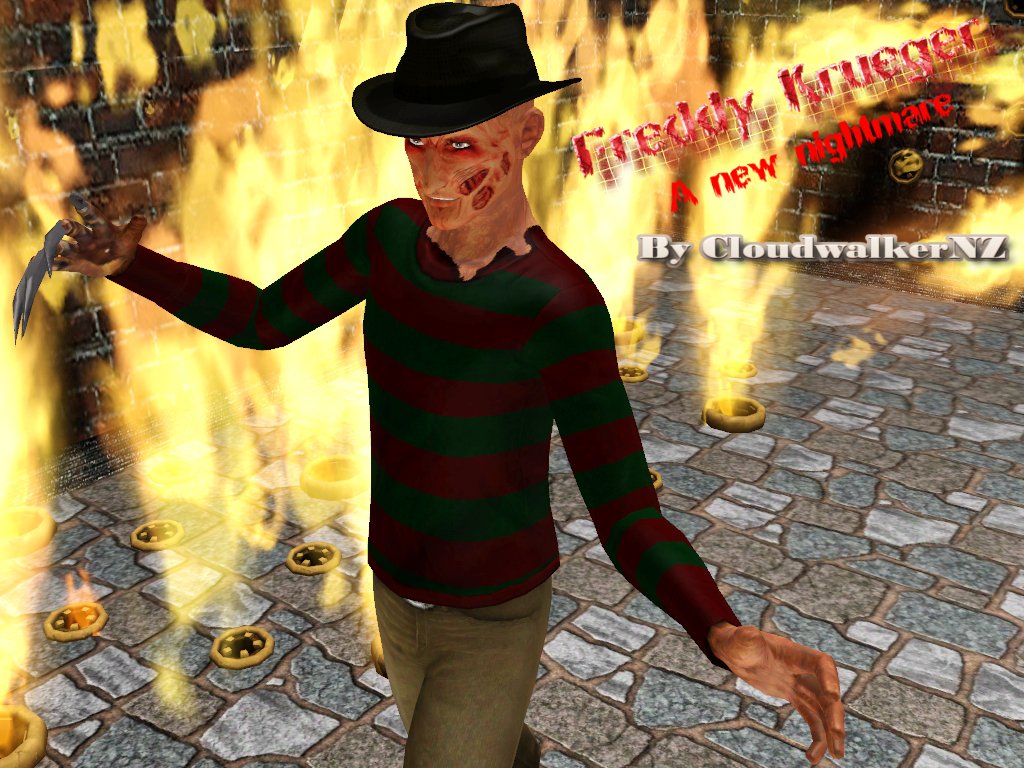 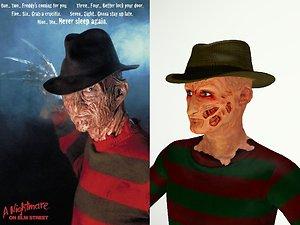 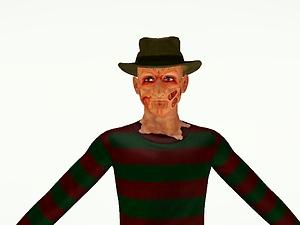 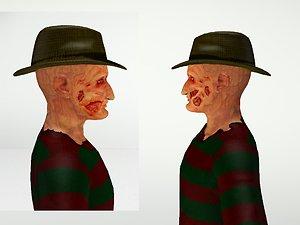 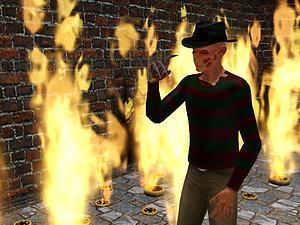 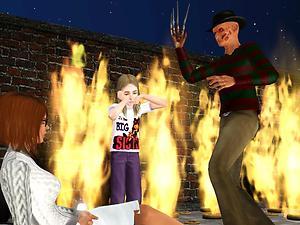 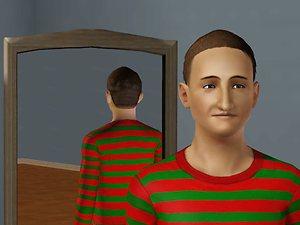 42,167 Downloads Quick download 338 Thanks  Thanks 95 Favourited 80,089 Views
Picked Upload!   This is a picked upload! It showcases some of the best talent and creativity available on MTS and in the community.

I thought I will create Freddy Krueger from the Nightmares on Elm Street series for my Halloween project. It took nearly a month and over 11 revisions. If you are interested in the development history see this thread at the creator feedback.

I then made Freddy a star in his own movie. 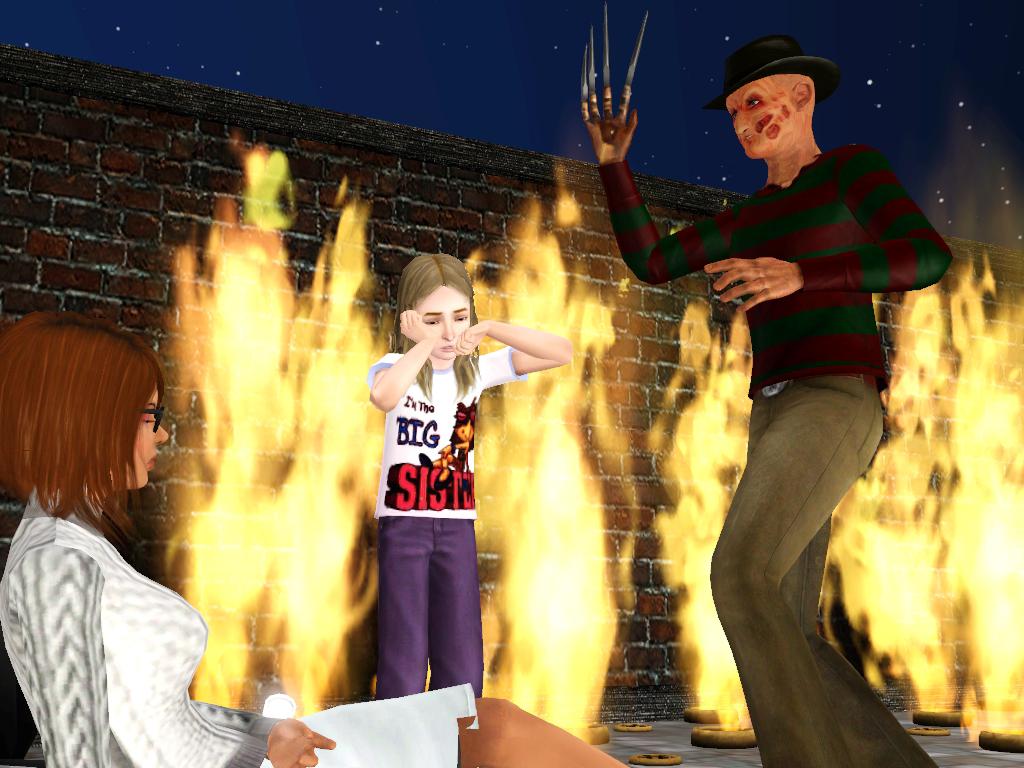 Biography:
Krueger is a fictional character from the Nightmare on Elm Street series of horror films. He first appears in Wes Craven's A Nightmare on Elm Street (1984) as a disfigured dream stalker who uses a glove armed with razors to kill his victims in their dreams, ultimately causing their deaths in the waking world as well.

Here is some mugshots: 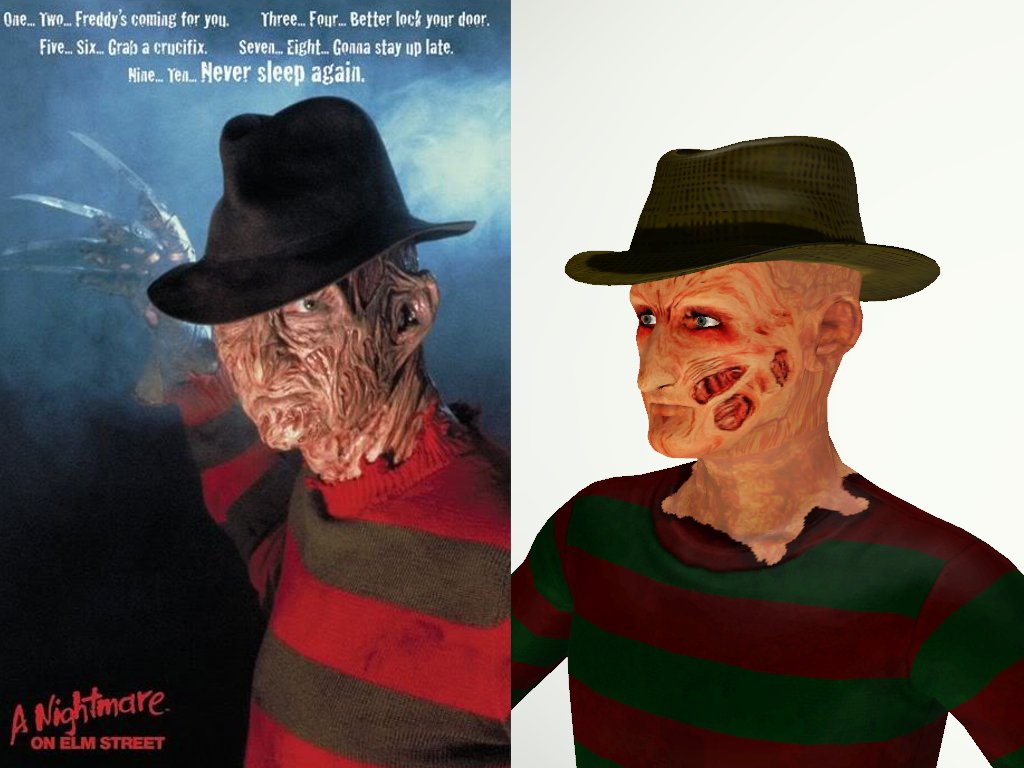 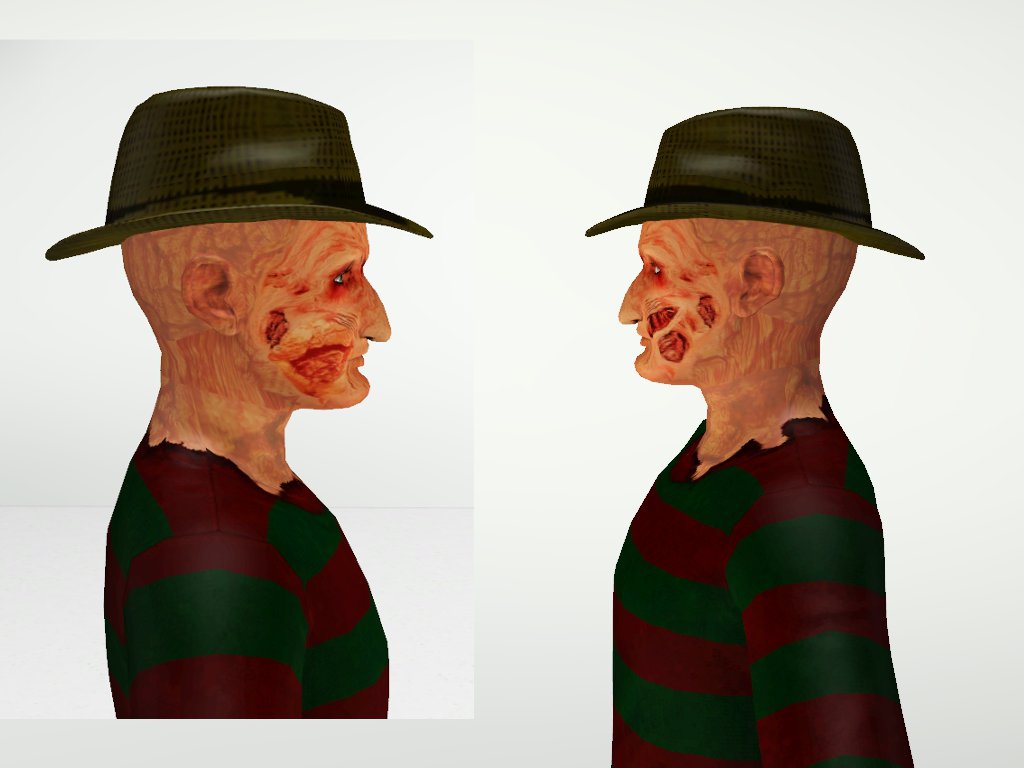 Since Freddy is a horror movie character, it is impossible to create him without a lot of custom contents. As you can see, most of the items he wears are stuff made by me and included in the download section. Additional CCs not included are:

No Eyebrows for Male and Female, Toddler to Elder by EsmeraldaF
Truly Bald Hair (Both Genders, Almost All Ages!) by HystericalParoxysm

EXTREMELY important:
Please read carefully. Due to the site's upload policy, I had to pack the sim without any non-default skintone and custom hairstyles. Meaning, default EA skin and hair are packed with the sim. Hence, he will initially look like this in Create-a-Sim: 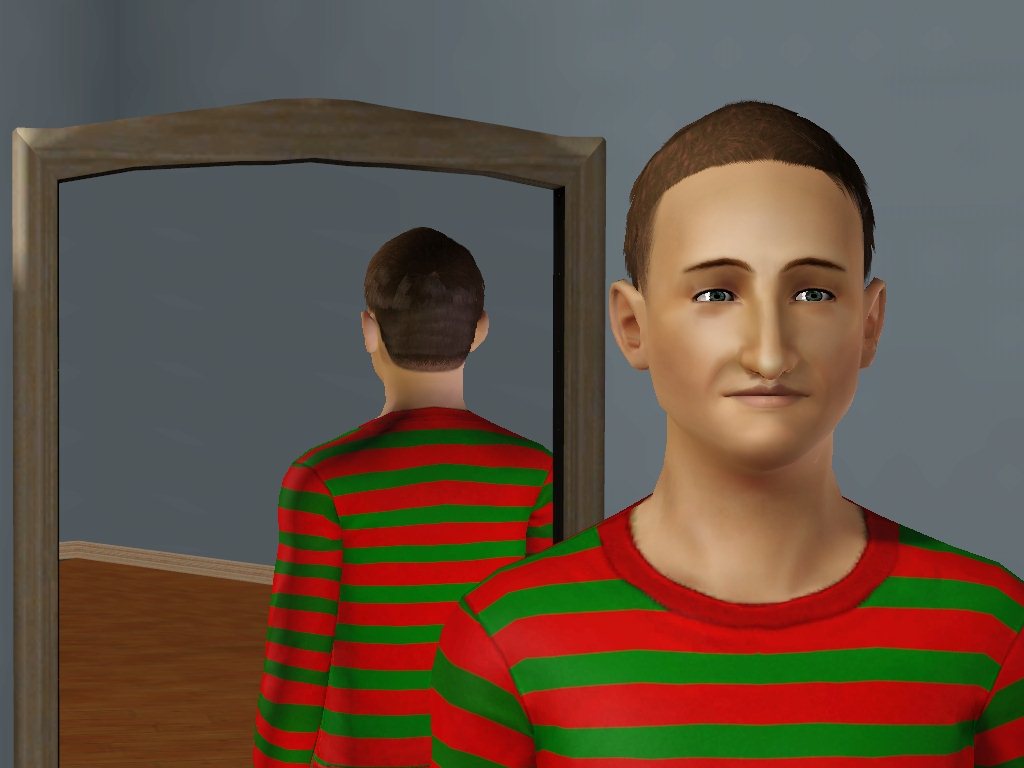 Therefore, in order to have him look exactly as he does in my other screenshots, you need to download the hairstyles and the custom skintones listed in the download section, look for it in CAS and apply it to the Sim accordingly. In theory the face mask should match the skin colour but you may have to do a bit of adjustment if it does not.

His face was sculpted with the use of slider multipliers. Therefore, please do not attempt to change his face without having a certain sort of multiplier at 3x, or it will become incredibly borked and all the pretty will be gone! (Awt's Slider Hack, Twallan's MasterController and Pescado's AwesomeMod provide this feature).

Additional Credits:
If you want to mess with Freddy's face:

Sorry I don't do requests. But I do take suggestions (it means I may or may not do what you suggested unless it is something I been working on or interested in).

I enjoy making Sims movies and writing stories. If you are interested, you can find them in my profile at the Exchange (or go to my blog for a direct link).
I usually make CC accessories or clothing that are based around popular movies, anime or video games. I also do poses that is action based.

You can find a link to all my creations in my blog.