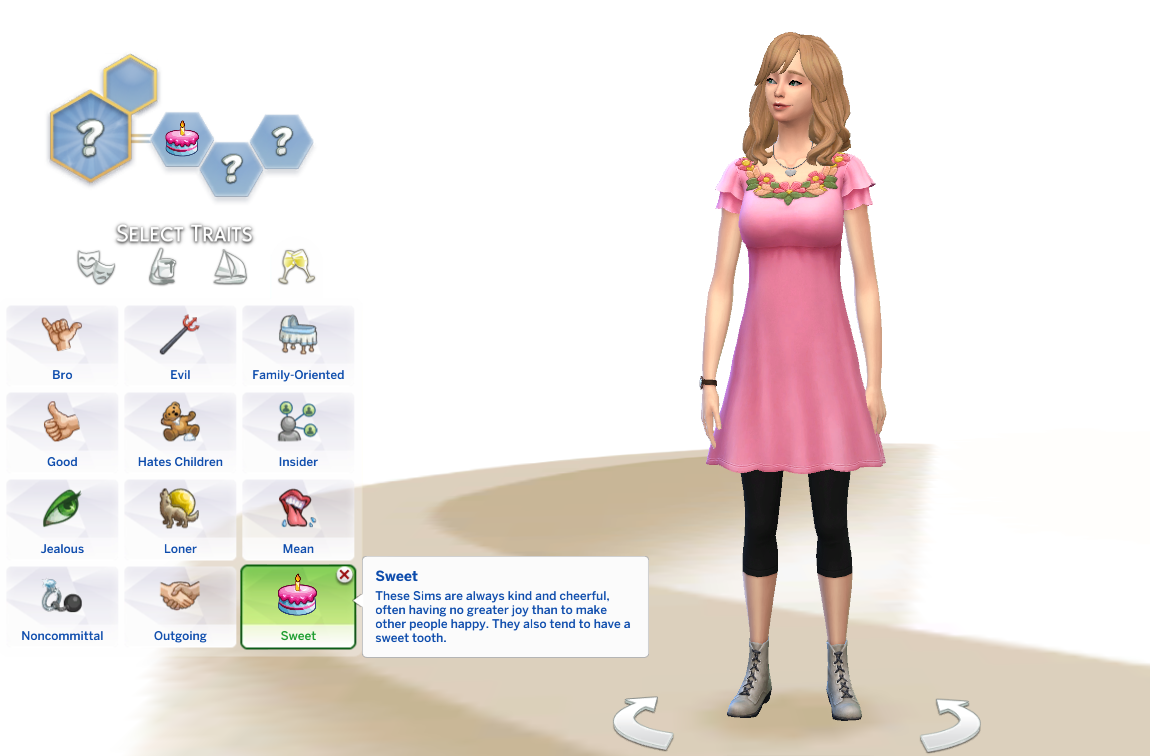 Created by CatMuto
View all Downloads
Uploaded: 4th Sep 2018 at 6:55 PM
I saw paster-sims' Sweet trait, but it hadn't been updated for a long time and no longer functioned. So, I created my own version of it post-Seasons patch. I wanted to try and balance it out a bit because I didn't want to make the trait just positive, hence there is a Sad debuff that can occur randomly. For a little extra fun, the buff names are song titles.

"These Sims are always kind and cheerful, often having no greater joy than to make other people happy. They also tend to have a sweet tooth."

The trait is listed as an 'Unknown Trait', even if you know the other Sim has this trait. This means that, in the relationship panel and during conversations, the panel will not actually show 'Sweet' as one of the traits. It's simply listed as Unknown Trait, no matter how often your Sim may use interactions that should give you a notification of "[Sim] has the following trait: Sweet". From what I have seen, this does not cause any actual problems. It's mostly a visual one.

You likely won't see any Cooking Whims "Because of Sweet Trait" until your Sim's Cooking level is pretty high.