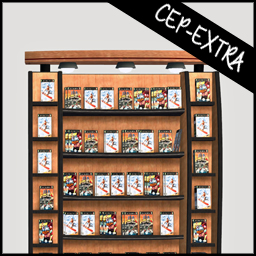 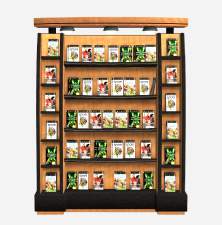 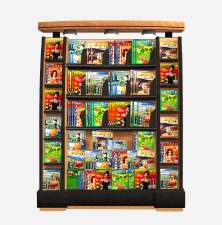 I've also added in the magazine rack repositoried to the base game rack and added the magazines as a subset. And since this mod requiresd a mesh edit anyway to enable a subset, I remapped the magazines to be a bit more random. I want to use my recolors of the wood and be able to use peppermint & gingers magazine colors. **theirs is a default replacement, I just made my own recolor from their texture. Technical Bits
For these CEP Extras to work, you need to have the CEP installed

Conflicts
This will conflict with lottes CEP. They enabled a second subset on the base game video game rack only and didn't repo it to the counter display rack.

I didn't mark freetime as required, because you can use this with just the base game.