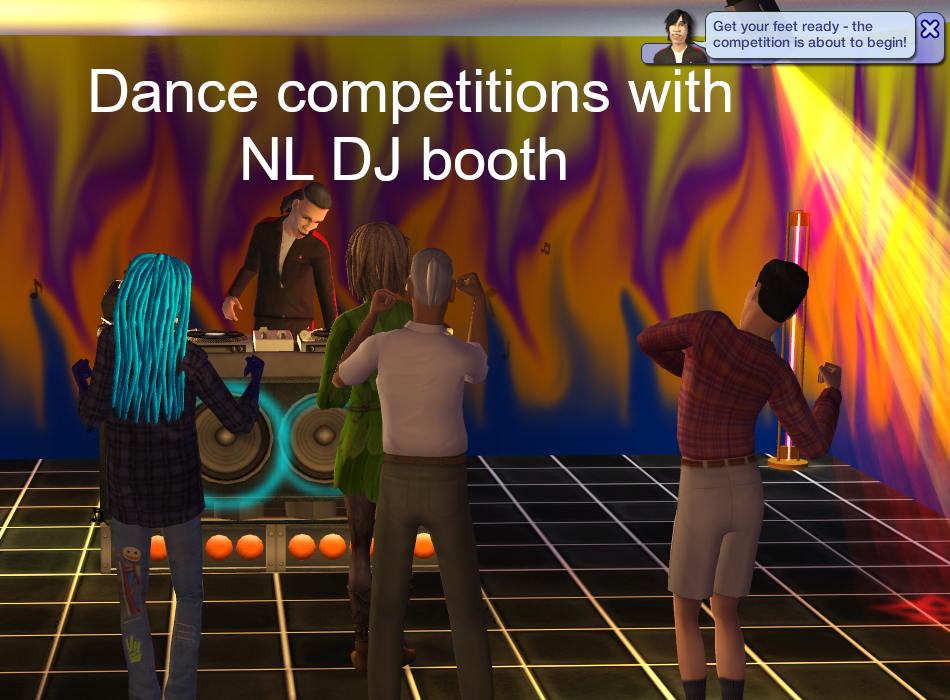 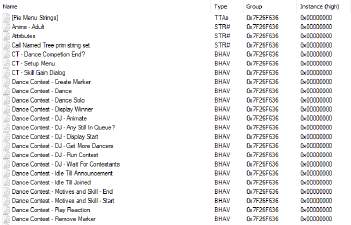 Created by Meduza
View Policy / About Me View all Downloads
Uploaded: 14th Feb 2022 at 2:23 PM
Updated: 19th Feb 2022 at 6:59 PM
Until recently I wasn't even aware Sims could take part in a dance competition, because I've never used FT DJ booth. Why would I? All nightclubs in Downtown use the NL one and I've never bothered to replace them. Then I found out that FT DJ booth has a feature the NL one doesn't - dance competitions. I decided to make a mod to add this functionality to NL DJ booth, because I'm still too lazy to swap them in nightclubs.

What this mod does?

It adds dance competitions to Night Life DJ booth by overriding NL booth resources and adding some extracted from the FT one.

This mod will conflict with any mod that alters the same resources or adds new resources to NL DJ booth of the same instances as mine mod does.

This mod overrides and adds many resources, so it makes the possibility of conflicts more likely.

Known conflicts:
If you want to have edits from both "Visitors Behave" and "DJ Booth Autonomy Fix", choose "zz_Meduza_NL_DJbooth_dancecompetition_AutonomyVisitors".

Compatibility addons have to be used with the main mod (Meduza_NL_DJbooth_dancecompetition) and load after it.

I've had few errors while testing this mod, but I wasn't able to recreate them and I'm not sure what had caused them. Upon reassigning DJ or ordering my Sims to take part in a dance competition again, issues haven't returned. This mod should work fine, but keep in mind it might throw an error once in a while.
Other Information

Title: Sounding hot! $NameLocal:0 has gained a point of Creativity skill from jammin on $NameLocal:1.

Description: $NameLocal:2 is the winner and wins $$Cash:0!

-Follow mesher's policy
-If you edit/recolor/convert my stuff, credit me
-Don't claim it as your own
-I frankenmesh a lot, so it would be nice if you credited meshers whose works I used, when you're using one of my meshes