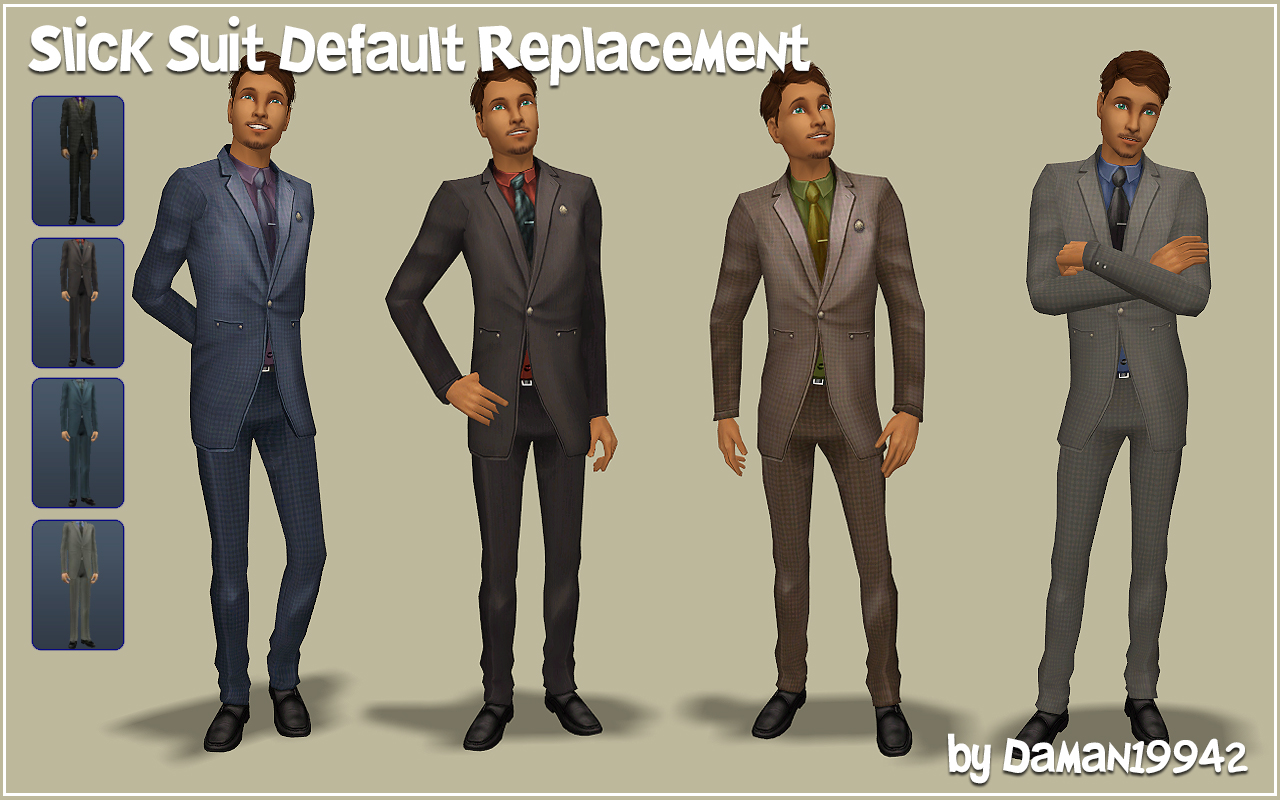 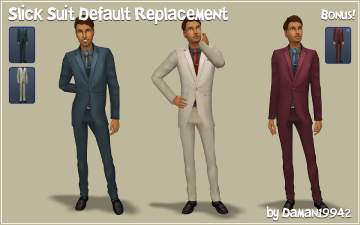 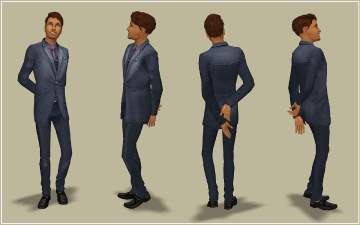 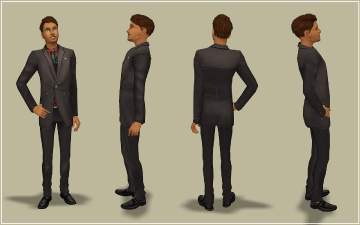 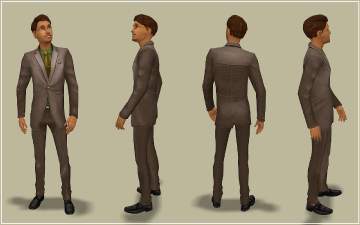 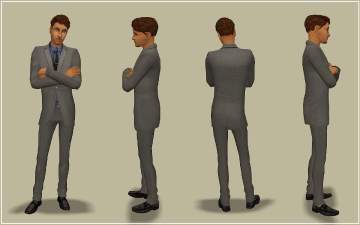 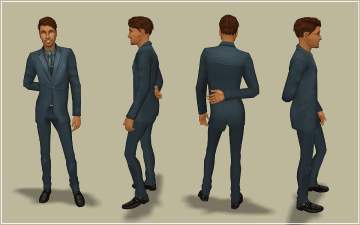 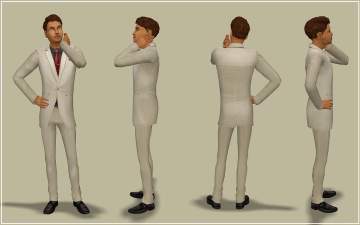 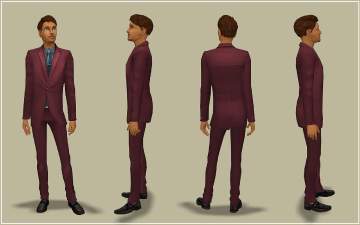 Slicksuit Debug.jpg - width=2343 height=612
The image is meant to clarify the error with the Gator suit. For AM, the navy suit following the BGator is named Gator but uses the incorrect Navy textures and images. This is an EAxis mistake and the categorization is correct for EM (last picture).

Created by daman19942
View Policy / About Me View all Downloads
Uploaded: 25th Jul 2022 at 1:05 PM
This default replaces the 6 ambodyslicksuit files - named bgator, black, gator, gray, navy, and white, and pictured in order - with a mesh that Diamond Eyes uploaded to Garden of Shadows last year and textures from Artemida's Base Game Suits - default replacements. The Diamond Eyes mesh uses Aquilegia's mesh improvements for the jacket and Yuki's Skinnies and Loafers for the bottom.

And as a bonus, I've included the red suit that is available for elders but not adults (despite there being files for it???). This red suit is NOT a default replacement, but I have decustomized it and it appears in the same place in the catalogue as the other suits as if it were always there. This red suit is a separate file in case you do not want it.

Please note that if you have Artemida's default replacement, you will need to remove it and replace it with this. But fear not, it uses the same jacket and pants textures just with a new mesh and new shoes. Important Notes on the Brown Suit That Replaces "Gator"
The Gator file for AM actually shipped with an error that resulted in two identical Navy suits - one in the catalogue and one hidden in CAS as a career/NPC outfit. The correct texture can be seen on the EM version of these suits. For this reason, the comparison screenshot references the original Gator CAS thumbnail (which is Navy due to an EAxis error). Please see pictures for clarification of this error. These photos were taken in a largely vanilla game and I have confirmed with other players that this error occurs across the board.

Please see these Tumblr posts for more information about the mislabeled Gator file (aka the Brown suit shown above and the Navy CAS thumbnail that corresponds to it).

Other Notes
The original ambodyslicksuit files had some inconsistent property values, so they've been given the same property values for age, category, and shoe sound. Additional thanks to themeasureofasim on Tumblr for the help here.

I am Daman19942. I upload lots for TS2 and TS3, and the occasional Bodyshop item. I share creations here and at TSR.