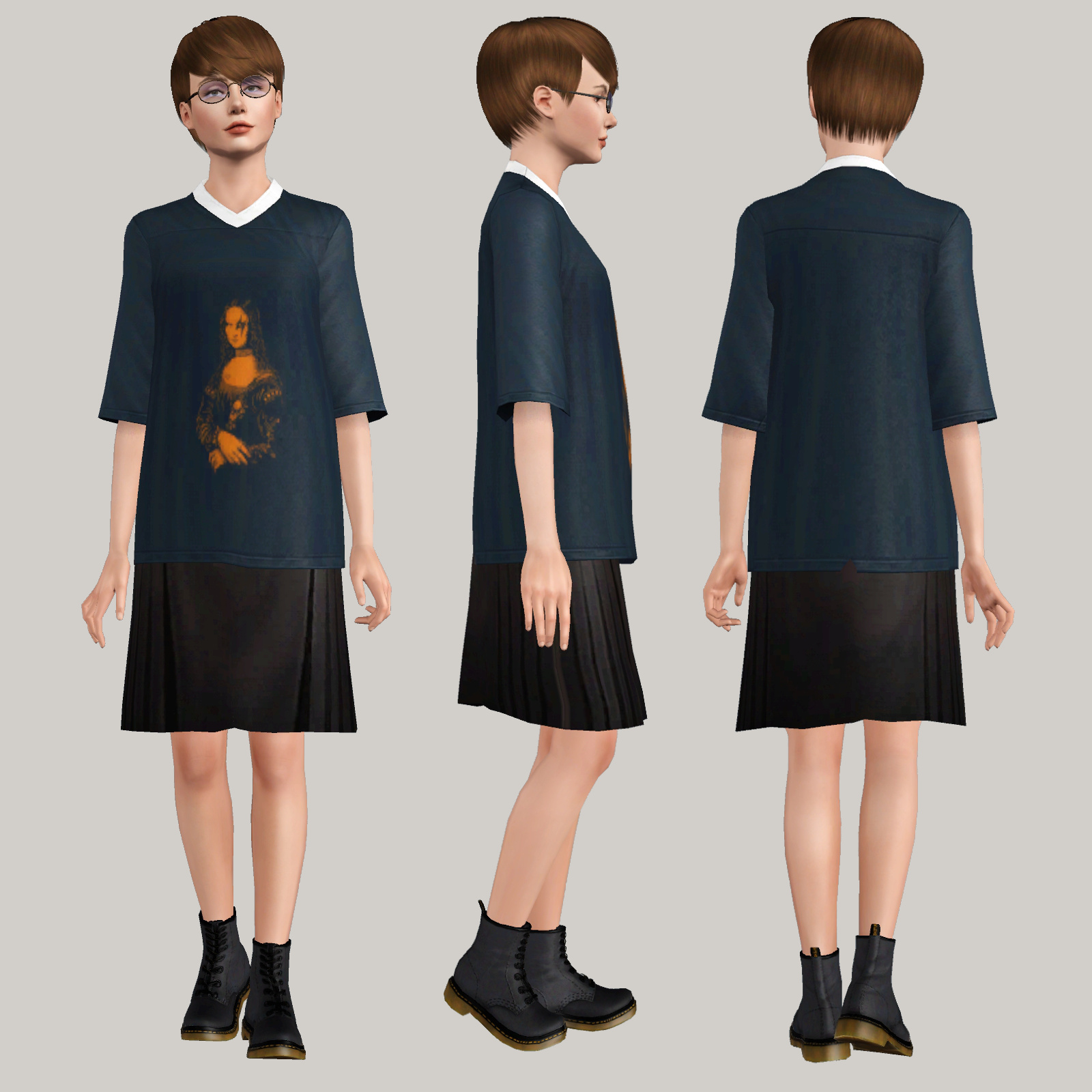 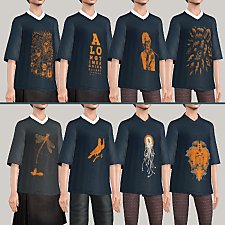 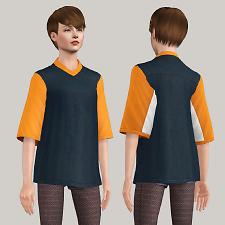 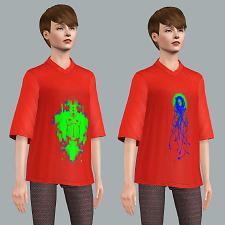 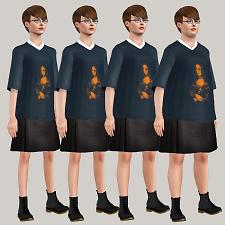 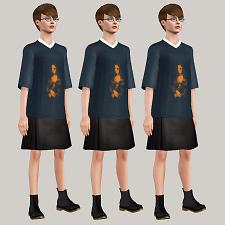 86 Thanks  Thanks     23 Favourited
This is a Maxis Recolour which means that it is a recolour of an item that already exists in your game. Please check the Expansion pack requirements to see which game pack it recolours.
Picked Upload! This is a picked upload! It showcases some of the best talent and creativity available on MTS and in the community.
This mesh was originally part of the Store "Homecoming" set: I liked the fact that it was baggy and decidedly not-glamorous, and thought it was perfect as sleepwear for my recreation of everyone's favorite misanthropic cartoon teen (and yes, the name of this upload is very much a reference to that particular MTV show). But I was not such a fan of the sports-related stencils, even though technically I can just take them off using velocitygrass's No Stencils mod.

At around the same time, I came across Robodl95's long untucked t-shirt for females, and fell in love with the graphics he had chosen... and was even more excited to see that they were recolorable. Thanks to Robodl95's generous policy, I was able to adapt his masks to my mesh, and the result is what you see here.

The shirt has eleven presets, all with three-channel designs, shown in the preview pics with dark navy for the 1st channel, orange for the 2nd channel, and white in the 3rd channel. One is a plain-textured version that has the channels distributed in the exact same way as the original Store jersey. 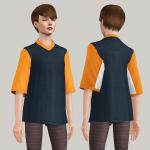 The other ten are graphic versions, with the second channel devoted to the design. (One of the presets - the one with the picture of the astronaut - got left out of the preview, because I forgot to take the picture while I was in-game. It also is a two-channel design.) 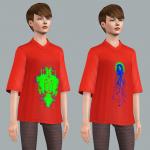 I must note that this item uses larger textures than what most are used to: the multiplier, specular, and bumpmap remain the same size, but in order to adapt Robodl95's textures to the shrunken UV, I had to either resize Robodl95's images (and lose a lot of detail) or increase the size of the map overall. I chose the latter approach, which means that ten of the eleven masks are 2048x2048 in size. I feared that having so many large textures in one file would make the file size enormous. Luckily, the file size isn't unmanageably large, just barely exceeding 1MB.

TF, enabled for everyday, sleep and athletic.
Not valid for random by default, but valid for career.
Three recolorable channels (distribution varies: see above for details)
All LOD's and morphs except for the pregnant morph are supported.
File size: ~1.05 MB (1024x1024 textures, except for the masks for the graphic presets which are 2048x2048)

Thanks to CMarNYC for the awesome Mesh Toolkit, and to Delphy for giving me a way to make CC without having to resort to the haunted house program that is TSRW.

If you need more info, see:
Back to download view
5 Comments / Replies (Who?)