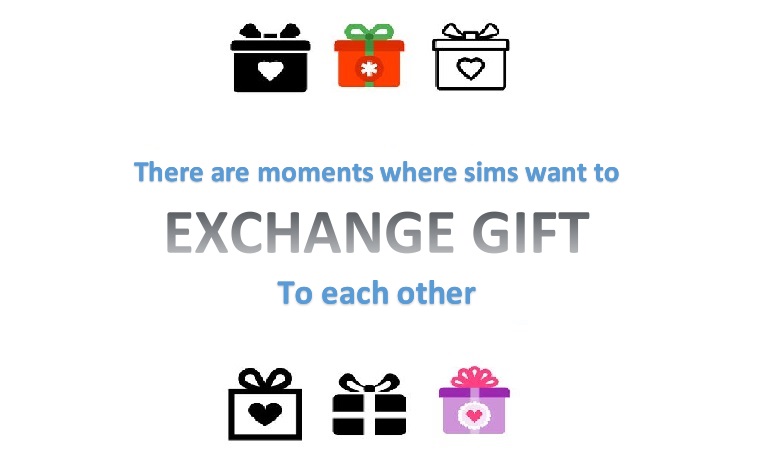 There are times, especially on holidays, I want my sims to exchange give to each other. Yes, we have "Give Gift" interaction option, but "Give Gift" only one way interaction. It can be problem if the one that we want to exchange gift with is townie, apartment neighbors, or apartment roommates. While they can receive gift from our sims, they cannot give gift to our sims, except using cheat to make them selectable. Even if we do so, their inventory are more likely empty so there is no gift that they can give to our sims. OK, we can buy the stuff in buy mode first and put in their inventory while they are selected using cheat, but it costs our sims' money. After all, I like suprise and random factor. Therefore, I made this mod.

What does this mod do ?

Conflicts :
This is social mod with private group, so I think it won't conflict with other mod.