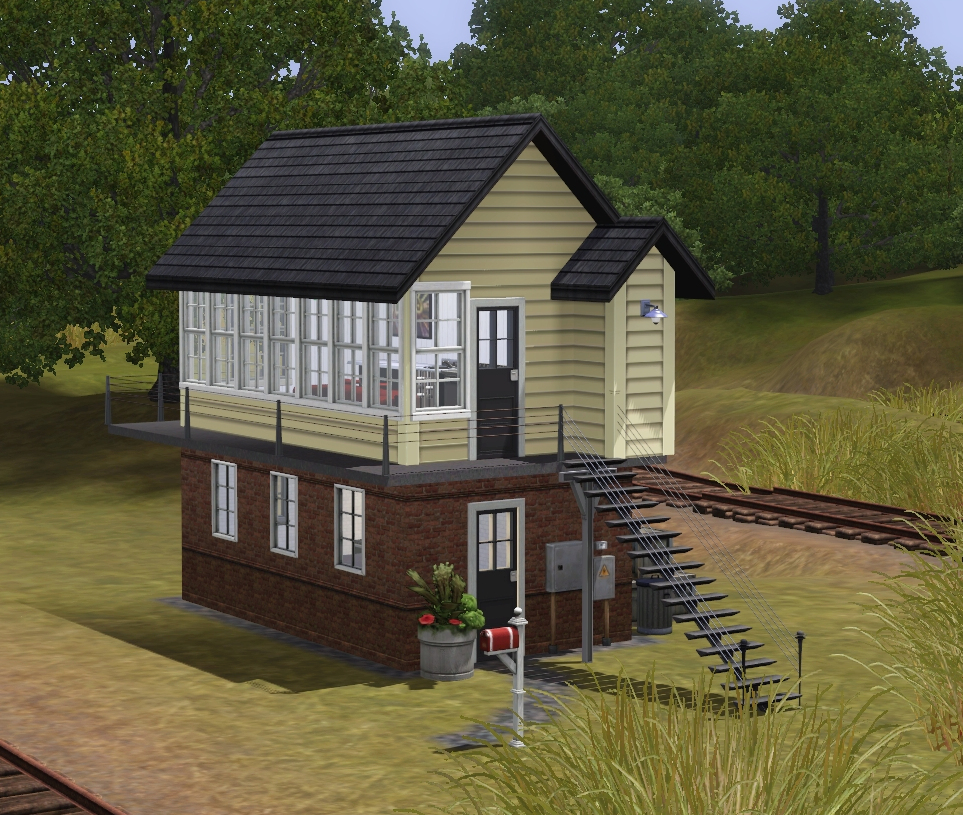 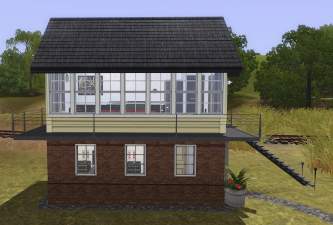 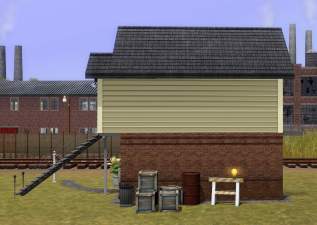 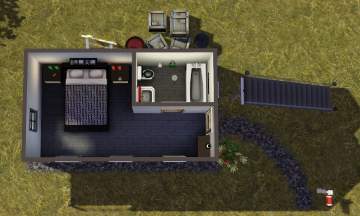 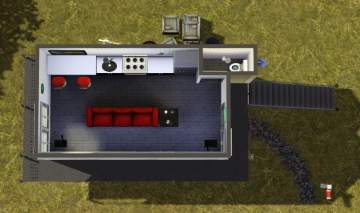 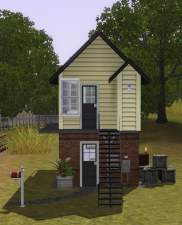 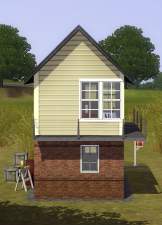 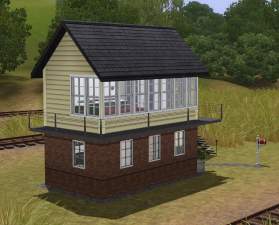 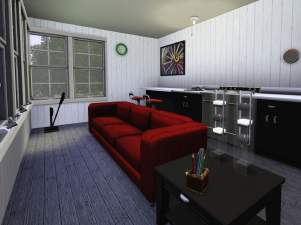 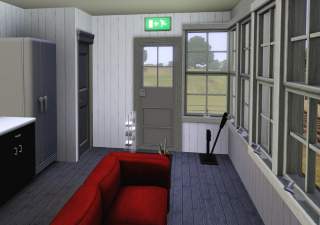 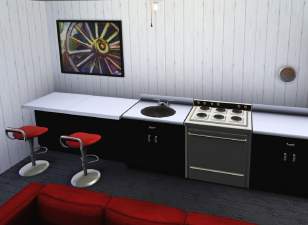 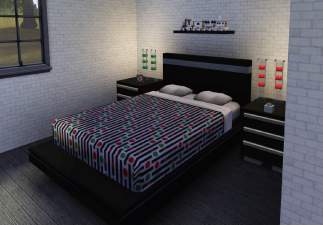 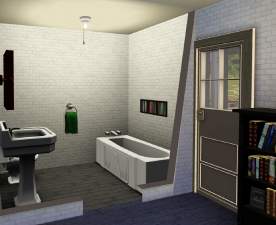 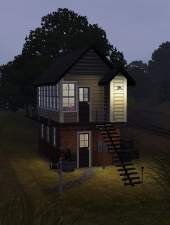 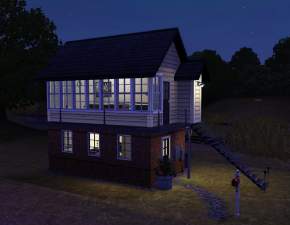 357 Downloads 35 Thanks  Thanks 10 Favourited 2,072 Views
Created by hazelnutter100
View Policy / About Me View all Downloads
Uploaded: 12th Jul 2022 at 7:00 PM
A disused signal box converted into a characterful starter home or holiday cottage for the train enthusiast. It has a double bedroom and a bathroom downstairs, while the living area is upstairs in the former operational area, to take advantage of the views through the large windows. The room retains two of its signal levers as décor, even though the mechanism is long gone. The toilet on the balcony replaced an earlier outhouse and is still in use, although it has been enlarged and can now be entered from the living area without going outdoors. In a nod to the vanished past, the mailbox has been painted to resemble an old semaphore railway signal.

In real life, some old signal boxes have been repurposed, either into housing or for other uses (two near my home have become a tearoom and a tourist information centre). Many more have been demolished, sadly, although a few are now listed buildings and are protected.

This Sims version isn’t a copy of any particular box but has features taken from several that I’ve seen. It was built for Twinbrook but could also be placed by the railway lines in Midnight Hollow, probably with a more sombre recolouring. Given that so many old railways have been turned into footpaths, it could also go next to a path in other worlds. I’ve tried it in Riverview and Moonlight Falls and it seems to fit in well.

The build has been extensively play-tested: it’s been in my current long-term game for several generations, lived in by both active and inactive Sims, and hasn’t caused any problems despite being some distance from the road. It’s not ideal for a game with weather switched on, since the only stairs are outside, but the Sims seem to have coped

Expansions: Ambitions is the only EP that’s really required. There are a few decorative items from Late Night, Generations, Pets and University Life but these could easily be replaced or omitted. The column under the stairs is from Late Night but isn’t actually needed for support.

Store items: none.
The Map of Somewhere would fit in well, since it resembles the track network diagrams used in signal boxes. In fact, I bought it from the store especially for this build but then found that it was so expensive in-game (§3900) that it sent the furnished price way over a starting Sim’s budget

Thanks to lbael for the double-edged clapboard siding and to velocitygrass for the deco removal tool, which was used on the picture in the bathroom but is not required for the finished build.
Other Information

Description: This former signal box has been repurposed as a characterful starter home or holiday cottage. 1 double bedroom, 1 bathroom plus WC.