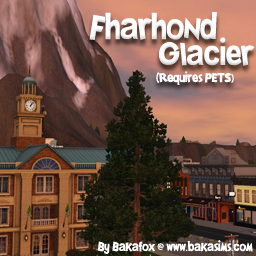 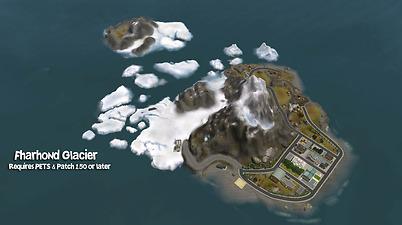 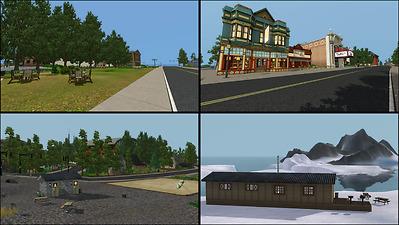 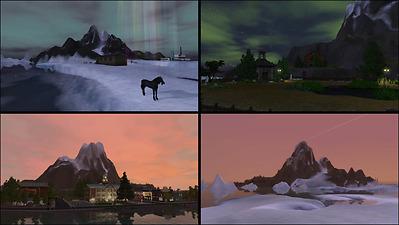 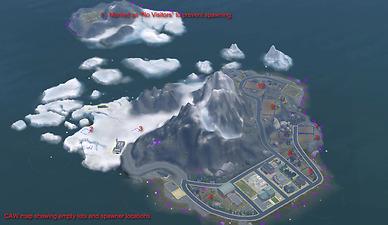 56,298 Downloads 801 Thanks  Thanks 293 Favourited 151,334 Views
Picked Upload!   This is a picked upload! It showcases some of the best talent and creativity available on MTS and in the community.

(Note: There have been some successful loads of the world even without pets by some testers of mine, but objects, plants, and rabbitholes are missing and need replacing by those people, and the files are completely unsupported for those without Pets. Also! You do NOT need to own Aurora Skies.)

People who are trying to unzip this and getting error messages about file corrupted/etc., or have never opened a multipart file before, PLEASE be sure you've gone over the multi-part-download instructions at http://www.modthesims.info/wiki.php...ulti-part_files - Most of the time these errors are because your extraction program is being fussy about how you rename files! These files are NOT corrupted, as evidenced by all the people who are having no problem with them! Also, if you're experiencing wonky game play, please be sure all your mods are up to date since so far every complaint has been traced to other mods broken with the 1.55 patch! Thank you! Fharhond Glacier is only one feature of the island, but being one of the main features- the other being Fharhond Mountain- the entire island is generally known by the name. In the far north, just short of the arctic circle, it's an isolated little place, out of sight of the oil derricks and fishing fleets, home to a few hardy souls and a research station. It has almost more amenities than it needs- though people do come in from other, smaller islands, as well as perhaps those oil derricks, so the businesses manage to squeak along. The island is windswept, and almost just tundra and rock, though some trees survive, and people have planted hardy ones around the town to help keep the ocean gales softened at least a little. Despite these harsh conditions, there is wildlife, and while other areas may have moose or bears that wander the downtown streets, Fahrhond has the ocassional wild horse trot past bemused townsfolk. Contains, with permission, houses by Armiel, and Qbuilderz:
Life in a Nutshell
Peace of the Forest (CC removed)
Tiny Blue Cottage
Hollyway Lane


Uses paintings in gallery (so can undoubtedly be done without) from the FREE EA sets:
Kalliopi's Gifts
The Sims Celebrations


Residential Lots
20 total residential lots (11 prebuilt lots, including 3 starters for single Sims, others may work as starters for larger families). There is very little space to place other lots, other than small ones on the ice, without removing and rearranging current lots.

Routing
The steep cliffs and most of the mountain, as well as the taller glacier bits are unrouteable. I tried to make most of the flatter, or gentler sloped parts routed for Sims as seemed logical- there are a couple of hidden little trails and valleys that Sims can route to on the mountain as well.

Spawners
**spawners listed here are ones OUTSIDE of lots)

Credits:
Huge thank yous to everyone on the MTS CAW forums, especially SimSample and Atavera for helping sort out how exactly CAW works and how to unlock its potential, and sharing this information

Auntielynds for sharing the resource files for the sky and lighting from Aurora Skies, which I used, as well as the textures for the roads
Martine , for her CAW textures pack

Ashillon for some of the rock textures

HystericalParoxysm for more of the rock textures

Inge and Peter Jones for S3PE


And all the folks in the MTS Create channel for their constant support and feedback, especially PharoahHound this time around, for getting me to FINALLY do a world with a limited number of EP's so hopefully more people can have fun with it-- and Heaven and HugeLunatic who helped me get the thread figured out for posting. <3
Files Need help with downloading or installing content? Click here!

Not all of my creations are here at Mod the Sims- I also have my own site, bakasims.com where more of my worlds are located.

I tend to cycle through games I'm playing every few months, and get into obsessive manic sprees doing things like making (or attempting to make) content. As such, I may be prone to vanish from the community for a while, only to pop back up a few weeks or months later.

This is also why I am TERRIBLE at keeping up with comment threads on my downloads and replying to them. I apologize for any questions that go unanswered for untold centuries.

You MAY NOT:
1. Re-upload any of my individual lots, worlds, or items onto another sharing site.
2. Share anything containing anything I've done on a pay site (such as TSR, not even in the 'free section') or on the TS3 Exchange.