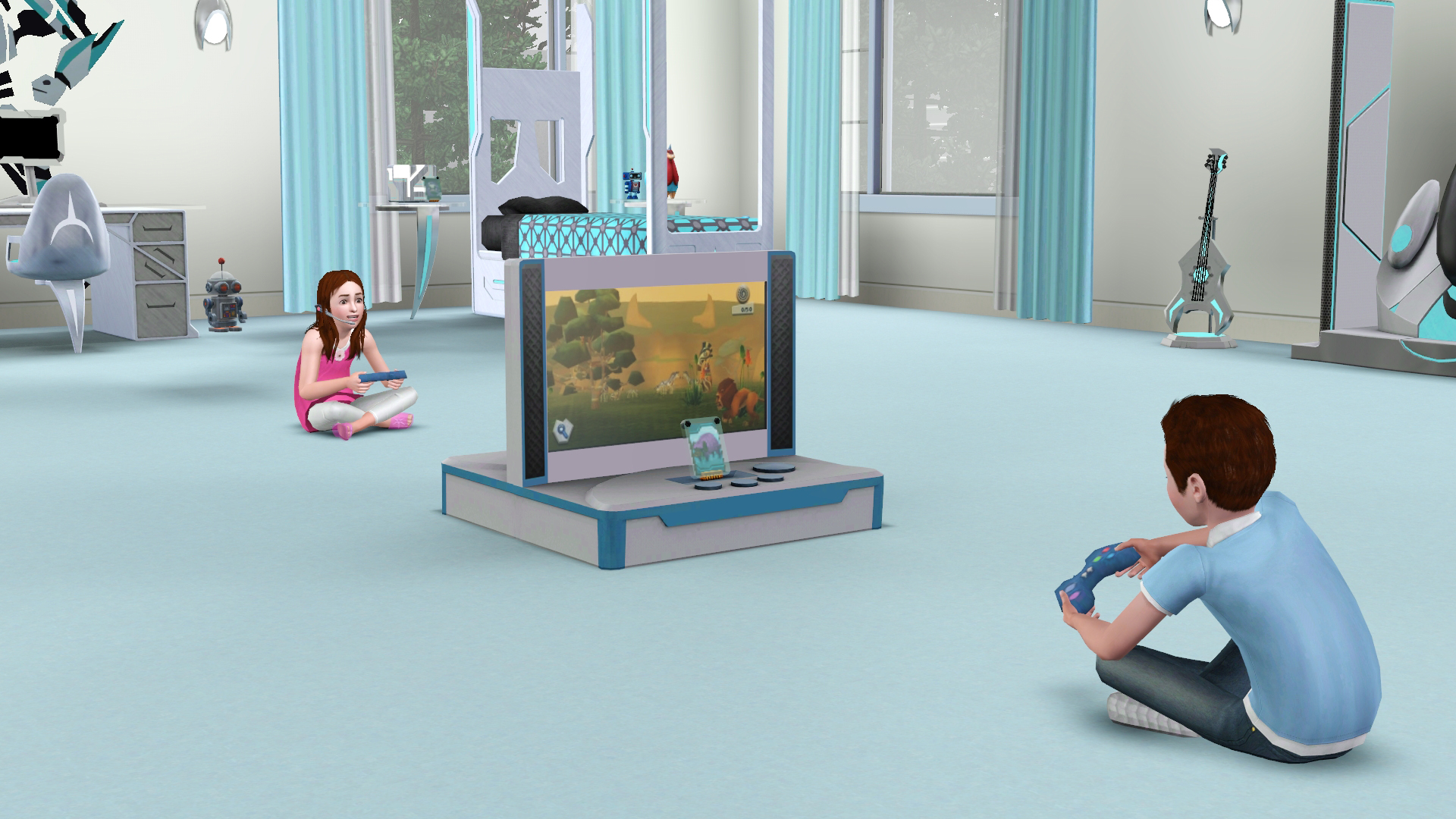 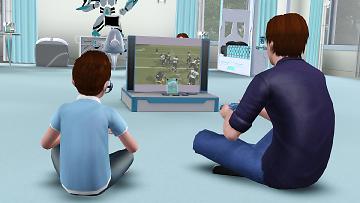 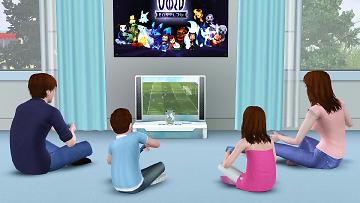 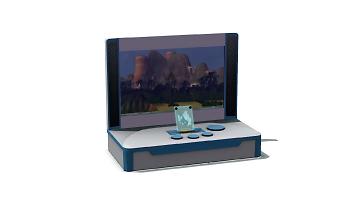 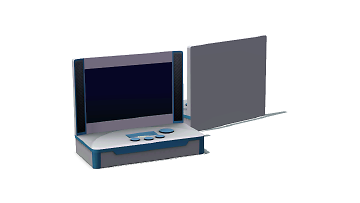 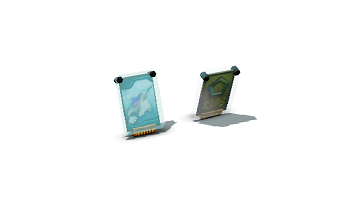 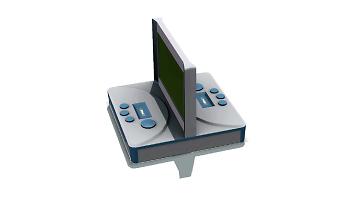 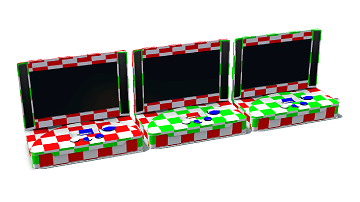 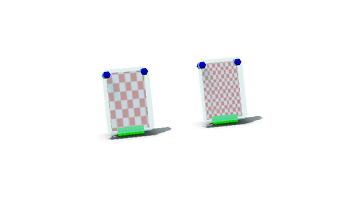 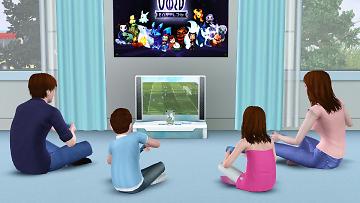 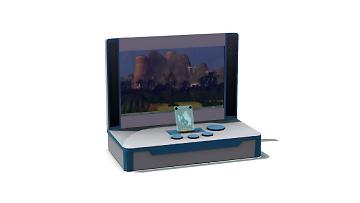 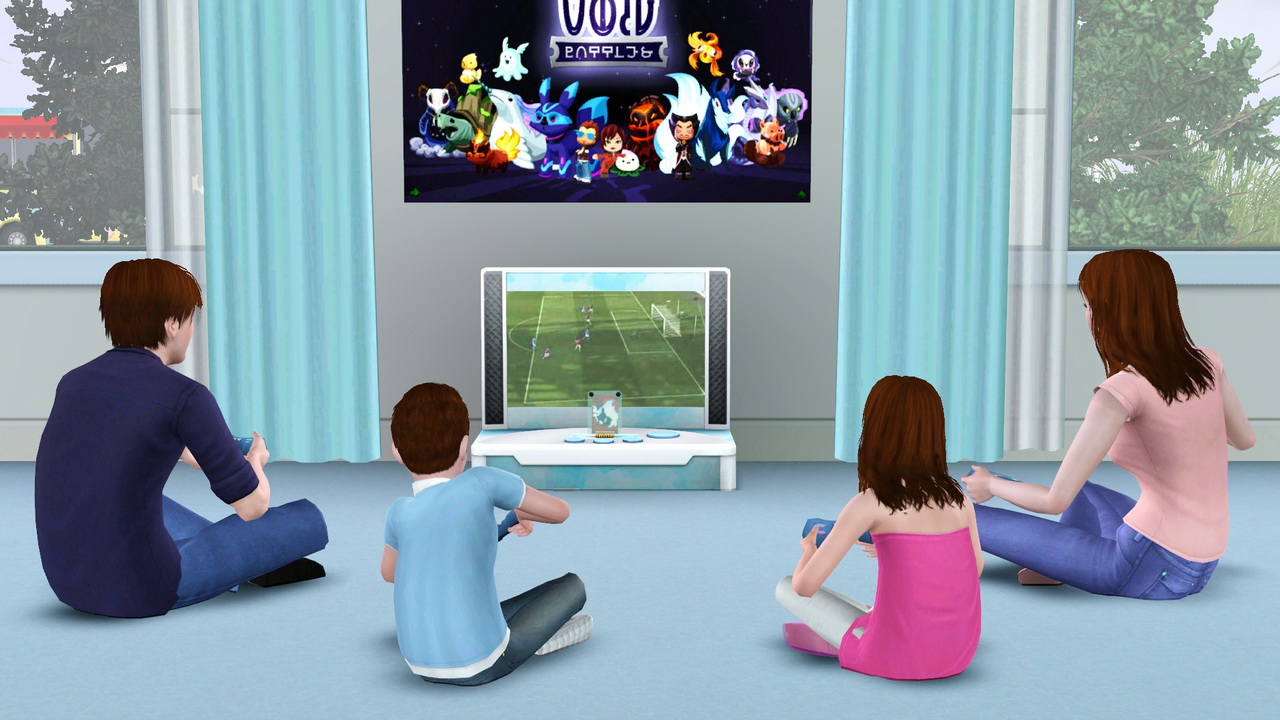 This was requested by fellow member Fluse and oh boy... it was a challenge. I first I thought I could use the arcade machine from Showtime as a base object, but animations were all wrong and I needed to stretch the mesh to the point it no longer looked like like the original object. Then I tried making it as a chess table, an activity table, deco only. Nothing felt quite right.

Suddenly I had a euraka moment: "What if I make the battle station as a TV and the void critter card as a console-on-a-chip..."

I was mesmerized with the results. At first the object could only be used from one side, so I decided to cut the object in half. Now you can place two half stations back against back and two Sims can play "together." The Battle Station (aka TV) has a slot to place the void critter console-on-a-chip card. When you move the TV, the card moves with it. The TV can be placed on the floor or on a surface, but keep in mind the console doesn't work if the TV isn't placed on the floor.

To sum up, this consists of:

- Void Critter Card Console-On-A-Chip (Requires Generations, you can change the script if you don't have that EP)

I also included an XML mod to enable online gaming and all games for consoles and computers without any nerd influence. Now children can use the online gaming interaction and access the exclusive game: SimAnimals Africa. The can also play Fifa and SSX on consoles and SimCity on the computer. I'm planning to replace one of the games for a Void Critter game, so if anyone wants to help me with that, please let me know in the comments.

COMBINE TWO BATTLE STATIONS:
1- Place 2 Battle Stations back against back.
2- Press Ctrl+Shift+C to open up the console and type "moveobjects on" and then enter.
3- Hold down ALT and get them close together. Watch out not to overlap the TV screens (if you do, no image will be displayed).

The plain online interaction was added in University Life for Sims with level 2 in the nerd social group. My XML unlocks this interaction for all Sims, including children. The headset that appears when Sims play online doesn't fit the child's head quite right, but it doesn't look too bad. By playing online you can access a exclusive game for kid: SimAnimals Africa. I tried enabling this game but I couldn't find any XML to do so. If you know how, please let me know.

Remember to initiate the "Play Online" interaction by clicking on the TV not the console. Into the Future broke the interaction from the console and it was never fixed.

When two Sims play online sometimes videos sync and you can clearly see they're playing together, but sometimes they seem to be playing completely different games. I don't know exactly how this interaction is supposed to work. The "Play Online with" only works with known Sims that aren't in the same lot.

A simple XML mod that changes the following resources:

The first six presets are CAStable, the other six use some of the original TS4 textures as overlays. Presets 1, 2 and 4 have different masks, so colors and textures will look differently. All six have three CAStable areas.

The first 20 presets include all 20 Void Critter creatures. Presets 21 and 22 are fully CAStable and have three channels: card, screws and chip area. I used different scaling for these presets, so choose one or the other depending on how you want a pattern to look. I especially designed preset 21 to work well with University Life's mascot presets.