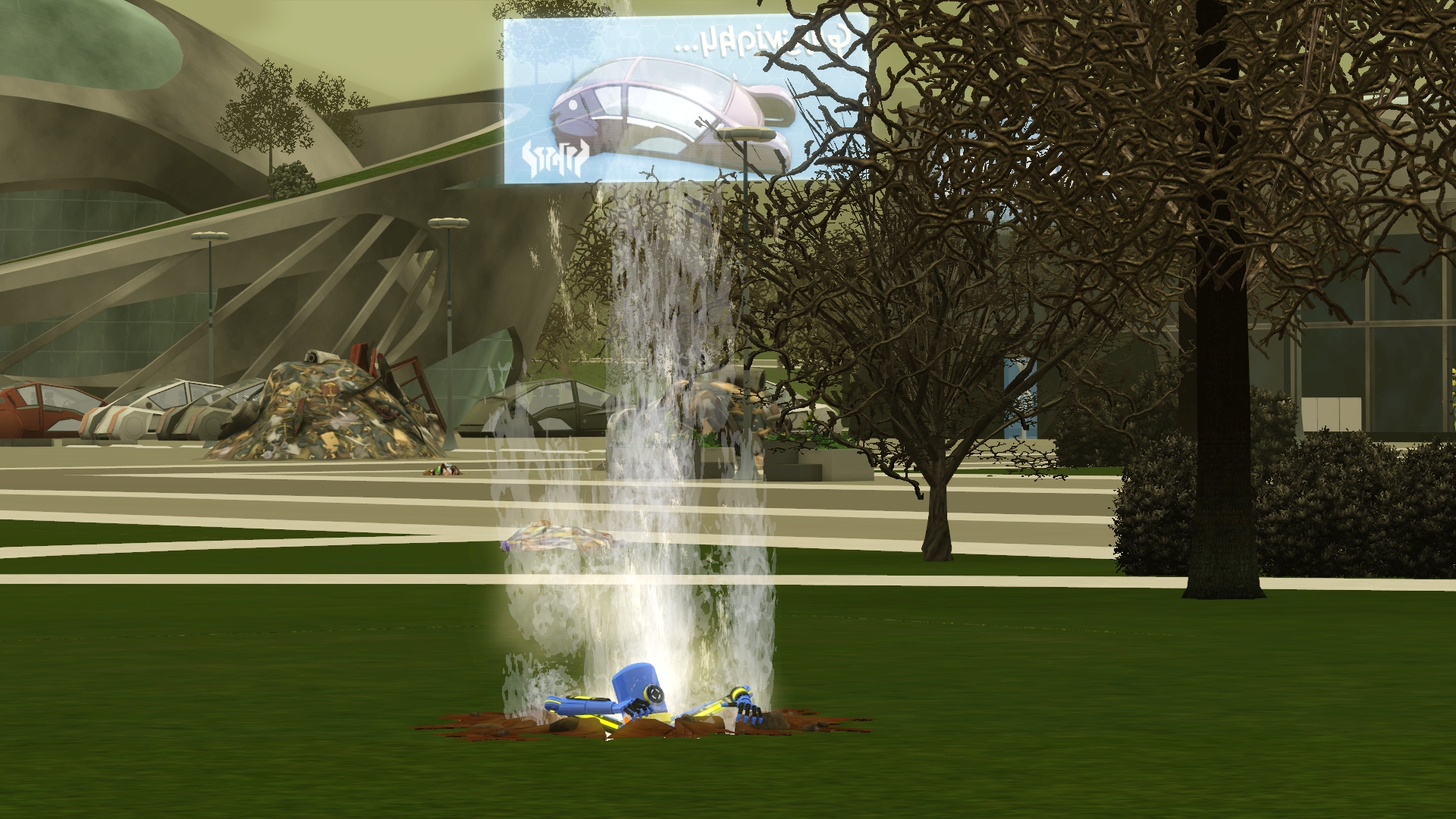 What Is This Mod?
This is a simple script mod created by request to fix a bug in which Sims will occasionally reset when performing the "Explore Rift" interaction on the dystopian rift geysers from the Into the Future expansion pack when the game is set to use a language other than English. If you only play your game in English, then there is no reason for you to download this mod, as this particular bug will never occur for you.

For more technical details on why this odd glitch occurs, see this discussion thread.

Compatibility and Uninstallation
Built, tested, and (mostly) working on game version 1.69. It should work on earlier versions, but it has not been tested; do so at your own risk.

This mod overrides the ExploreRift interaction on the rift geyser and will conflict with any mod that does the same.

Technically, no expansion packs are required for this mod to run, but without the Into the Future expansion pack, it will be very useless.

Uninstallation should not create a huge problem -- simply remove the mod from the packages folder. However, to avoid potential game problems, it is good practice to ensure no sims are exploring geysers before removal. After removal or update of the mod, it is recommended that you delete the "ScriptCache.package" file from your Userdata folder.


Ferrozin for pointing the issue out in the first place S3PE and Visual Studio 2019 for making modding stupidly easy
Armiel for her Builder's Island that makes testing quick and simple
Various modders and their scripting tutorials scattered throughout the Interwebs
Tashiketh for keeping this site up and running
My test sims for putting up with my nonsense
And you, for checking out this mod!