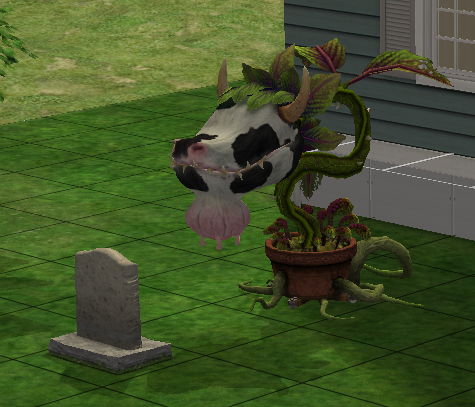 1,311 Downloads 128 Thanks  Thanks 25 Favourited 4,809 Views
Created by kestrellyn
View Policy / About Me View all Downloads
Uploaded: 13th Nov 2021 at 4:34 AM
For some reason, EA removed the ability to kill unselectable visiting playables after Seasons. They also neglected to add the BV townies to the list of people who could be killed, so you can't kill them either. This mod makes it so that you can kill the BV townies, and also unselectable visiting playables unless their family was last saved on an owned community lot (this restriction predates Seasons, so I'm sure there's probably a good reason for it). The only sims left who can't be killed should just be the untouchable NPCs and the Hobby Mavens. As far as I can tell after having this hack in my game for months, killing these additional sims causes no problems.

Shouldn't conflict with anything that doesn't change who you can kill. Only modifies global BHAV 0x532.
Files Need help with downloading or installing content? Click here!