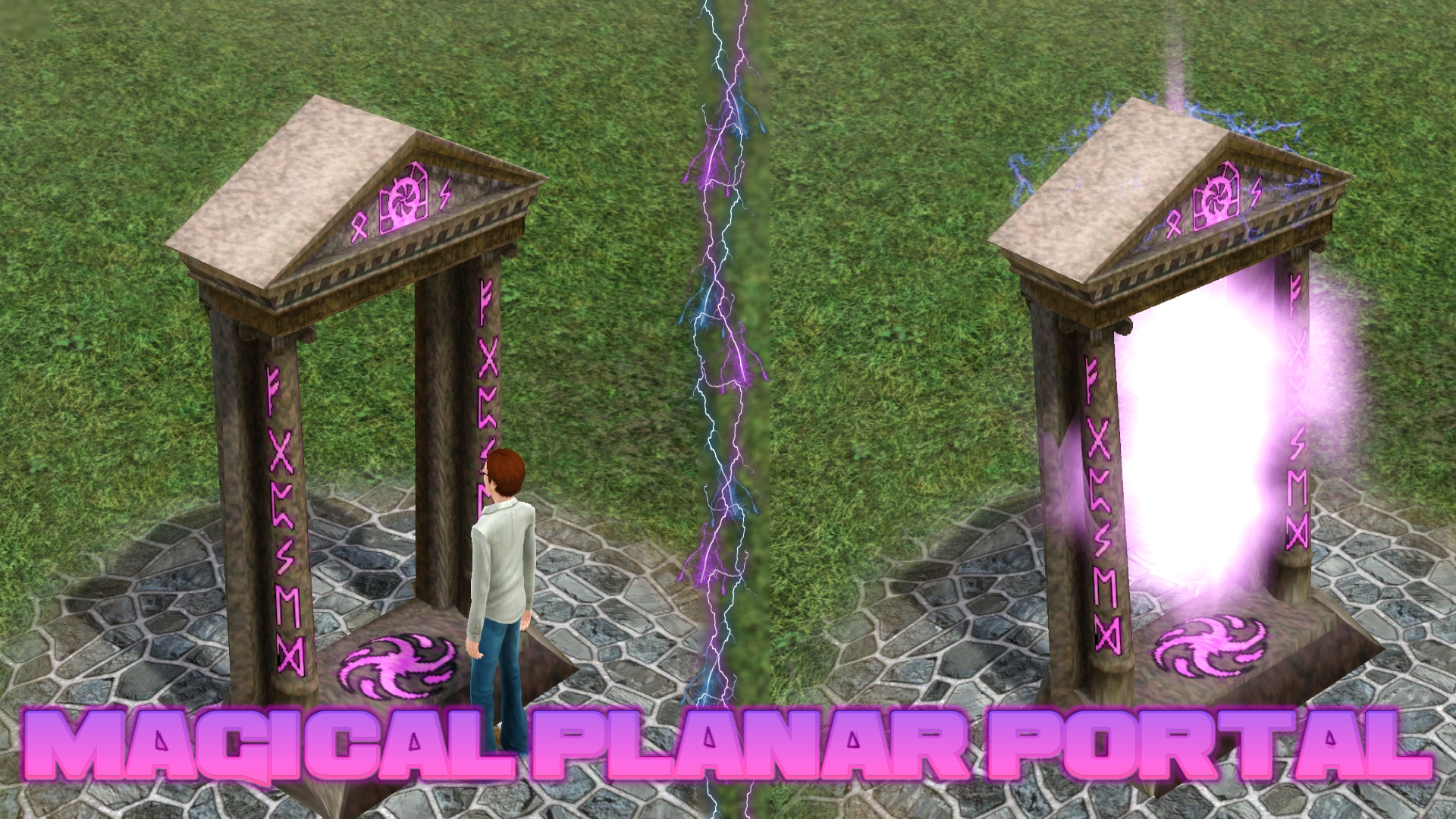 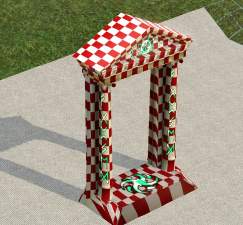 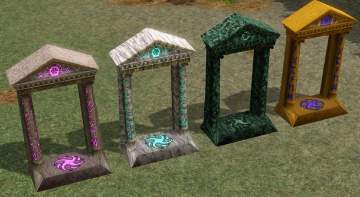 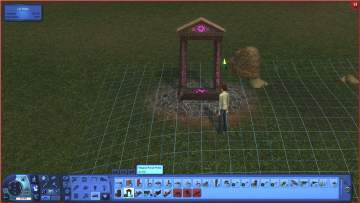 Created by Lost Pantheon
View Policy / About Me View all Downloads
Uploaded: 1st Feb 2022 at 11:26 AM
Updated: 19th Feb 2022 at 1:03 AM
Deep in the forest lies a weathered, ancient stone portal, inscribed with mysterious, glowing runes. Those that understand the hidden secret of this mysterious structure will know that it can transport the user across the planes and out of a similar portal.

This is an alternative version of the Lightning Leap Atomic Molecular Arranger (or LLAMA) from The Sims 3: Supernatural, themed as an ancient magical portal. This is not a default replacement, meaning you can use both the EA LLAMA and this object in the same game.

The video below shows the portal in action:

The portal works in the exact same way as any LLAMA would, and is connected to all LLAMAs and or other portals placed in the world you're playing. This means that if you placed this portal in Moonlight falls, it could transport a Sim from one portal to another portal or any LLAMA already in the world.

The portal has two recolourable channels: You can recolour the main body of the portal in one channel and change the colour of the mystical runes in another channel.

This object requires only The Sims 3: Supernatural Expansion Pack.

Note that since the portal is taller than normal walls (it's quite a tall object to accomodate the person that enters it) it will clip through the floor above it if placed in a building, so for best results it's best to use it outdoors. Description: This ancient portal can be used to magically teleport oneself through the chaotic gap between planes, allowing the user to travel from one place to another in an instant.

A microbiologist from Northern Ireland that loves playing the Sims 3.