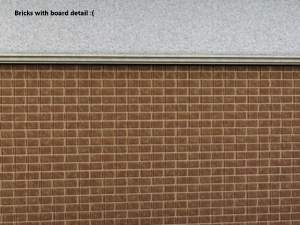 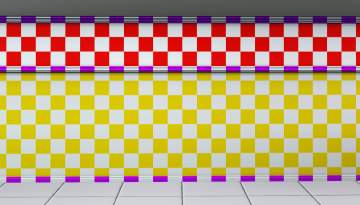 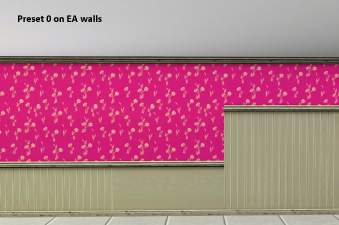 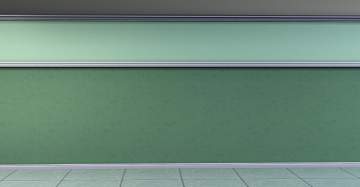 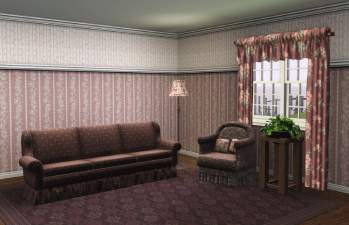 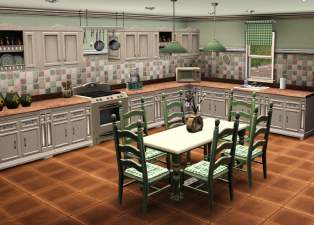 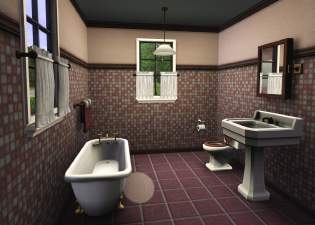 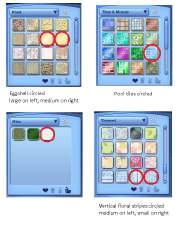 400 Downloads 37 Thanks  Thanks 6 Favourited 956 Views
Created by hazelnutter100
View Policy / About Me View all Downloads
Uploaded: 18th Aug 2022 at 6:55 AM
Updated: 28th Aug 2022 at 7:14 PM
This is a small and simple creation but one I’ve found very useful. I was irritated that there are two base-game walls with a low dado/chair rail – one plain, one boarded – but only the boarded version for the wall with the tall dado. That wall is perfect for part-tiled walls in old-fashioned kitchens and bathrooms, but doesn’t look quite right with the board detail overlying the tile pattern. Some brick patterns are worse. And as for wallpaper…

So I made a version without the boards. Everything else is left unchanged from the original EA wall: it can be found under panelling, at the same price (§6).

The first preset is the same as for the EA wall with boarding. It’s distinctly unflattering but looks at least as bad on their walls. I’ve added another three presets: one with tiles, one with paint and one with wallpaper.

I first made this wall a few years ago and have used it in many builds since but when I looked at it critically with a view to posting, it just wasn’t good enough. And in the meantime I’d completely forgotten the wall creation process and how to use GIMP

. Then the tutorial that had been so helpful before turned out to be hopelessly outdated, although it was still useful as an overview. So thank you to the authors of a load of assorted tutorials and forum posts that collectively helped me work out how to solve various problems and especially to Deniisu for advice on how to change the DDS file formatting to get rid of most of the compression artefacts. And thanks, of course, to the creators of the programs I used: S3PE, S3OC, TextureTweaker3 and GIMP.

Edit 18 Aug 22 17:10 BST
I think there may be a problem with the file. I was trying get a small house of mine that uses this wall ready for uploading. It's fine if I save it as a package and open in another game file but I get an error message when I save it as a .sims3pack and then try to reopen it. Please do not use this wall in your games until I've worked out what the problem is. So sorry about this.

Update 23 Aug 22
Version 2 uploaded. This one's based on one of the barn walls rather than the tall boarded dado, hence a few odd names here and there. I'm still not completely happy with it (because there's only one preset and it seems slow to add to/remove from the game) but it can be exported as part of a .sims3pack and imported into another game file without triggering error messages.

(Another) update, 28 Aug 22
After further investigation, it looks as though CC walls not exporting and importing with a sims3pack house is pretty normal behaviour, so I’ll leave version 1 in place.
I’ve neatened up version 2, although it’s essentially the same as the one I posted on the 23rd, and will be using that version in any houses I upload that include this wall.
If you’ve downloaded v2 but want to add the missing presets (although I can’t really think why you would want to do that rather than CASTing your own versions), the details are below. Style:
Not Applicable: None of the above
Maxis Flags:
AddOn: Maxis Add-Ons (like an armchair that matches a Maxis couch)