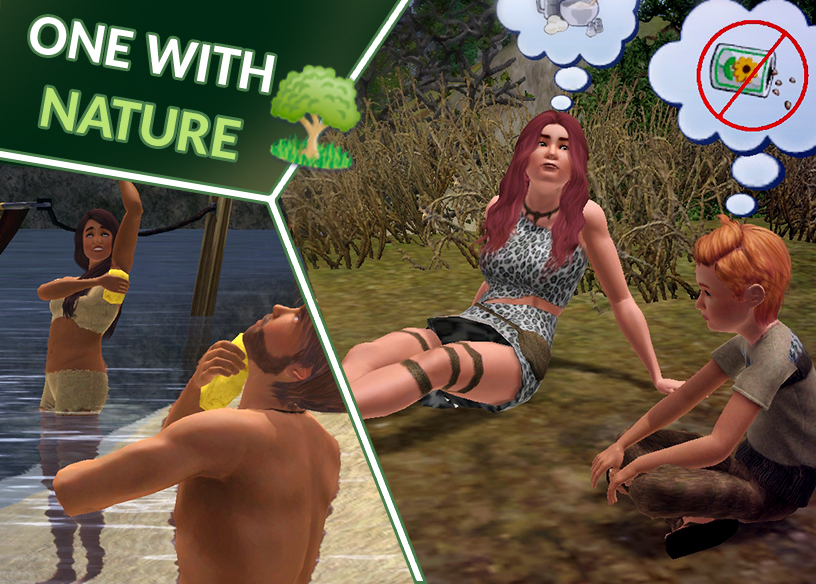 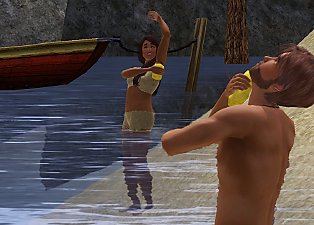 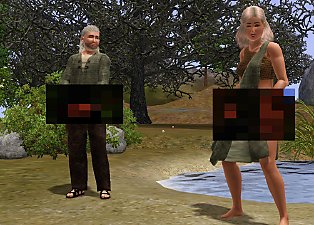 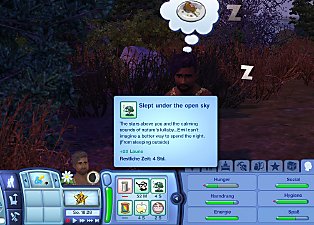 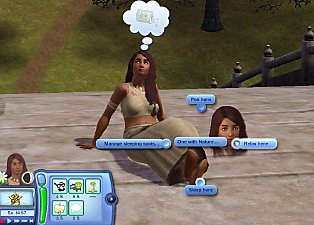 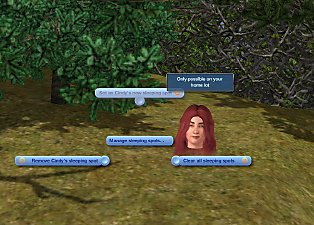 1,034 Downloads 130 Thanks  Thanks 38 Favourited 4,816 Views
Picked Upload!   This is a picked upload! It showcases some of the best talent and creativity available on MTS and in the community.

Created by spherefish
View Policy / About Me View all Downloads
Uploaded: 20th Nov 2022 at 1:33 PM
Updated: 21st Nov 2022 at 9:43 PM
Your sims are tired of being restricted by the walls of modern civilization? They just want to go out and live in the wild, watching the clouds and playing with wild animals all day? Then surprise them with this set of nature-friendly interactions and never have to go through the trouble of building something unnecessary like a “house” ever again!

Updates
Version 1.0.4Version 1.0.3Version 1.0.2Version 1.0.1
About this mod
This is a pure scripting mod that adds a set of new interactions to your game, most of which are designed to let your sims fulfill their needs without having to rely on build/buy objects. Your sims will be able to:(See below for more detailed descriptions of the different interactions.)

This mod also comes with some custom moodlets because I really enjoy making those.

The whole thing started as sort of a side project for me but then I just kept adding stuff to it until I decided to upload and share it here.

How to install
Simply put the spherefish_OneWithNature.package file into your mods/packages folder. The Tuning file is optional, you can use the XML inside it to adjust the mod to your liking. As with any new mod, I strongly suggest that you back up your current neighborhood before putting it in your game just to be save.


Your sims will be able to relax on the ground in order to sleep or daydream (or just chill for a bit.) Daydreaming for a while will give them a positive “Dreamy” moodlet. If the weather is nice enough, they might daydream autonomously while being outside. I used part of the “watch the stars” animation from Generations for this interaction but if you don't have the EP, the mod automatically detects it and just uses the default “sit on the ground” animation instead. 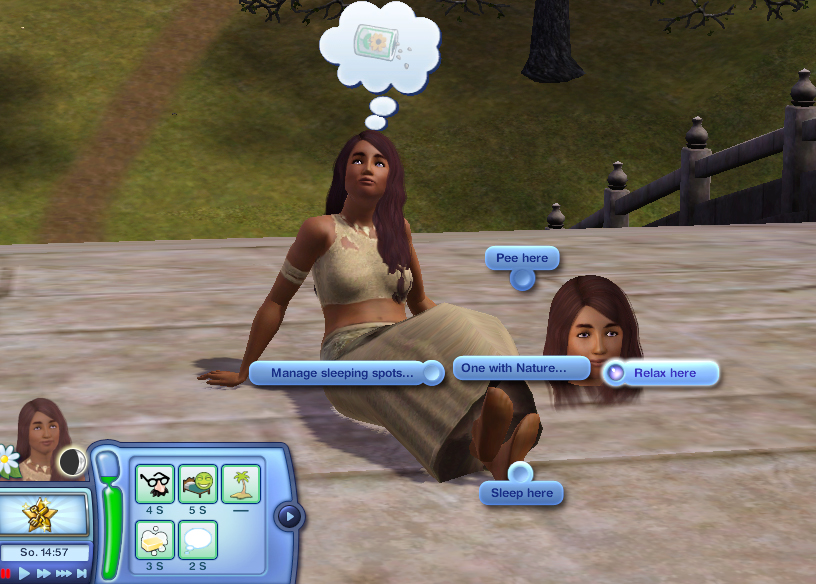 
This interaction lets your sims sleep anywhere on the ground, regardless of how tired they are. They will wake up if they are sleeping outside and the temperature drops below 0°C / 32°F or if it starts raining. Depending on their traits, they might get a positive or negative moodlet after sleeping outside.

You can also assign dedicated sleeping spots to your sims, so that they will try to go sleep there autonomously. You can only assign sleeping spots on your sim's home lot (though you can change that via tuning). By default, assigning a sleeping spot disables the lot sleeping filter for that sim (meaning they might sleep on the ground even if there are beds on the lot–see the “Autonomy” section below for more info).

Note that the mod automatically cleans up sleeping spots for non-active (NPC) sims when you load up your game. 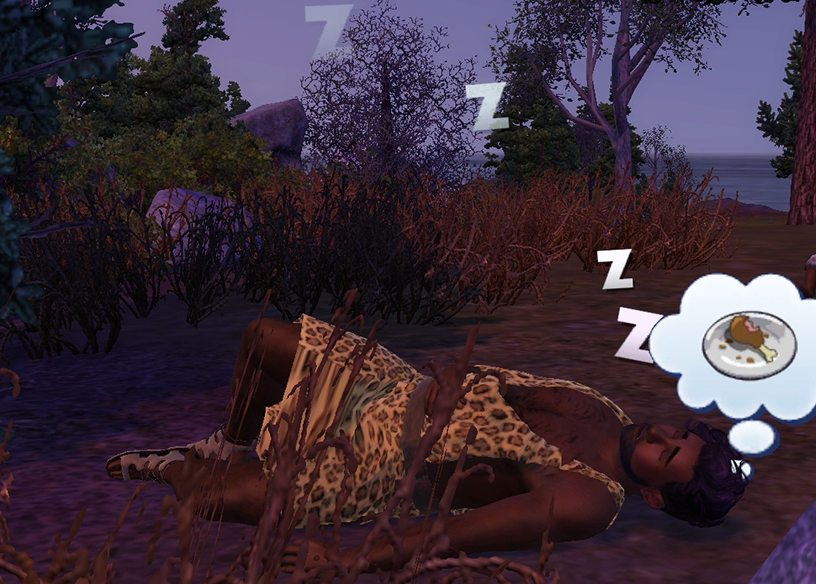 
This is a simple interaction that allows your sims to pee on the ground outside. I used the chamber pot animations from TSM for this because I liked the way they looked for female sims. Sims might also go outside and pee autonomously if there is no toilet on the lot.

Be careful not too pee right next to other sims unless you want to make them angry! 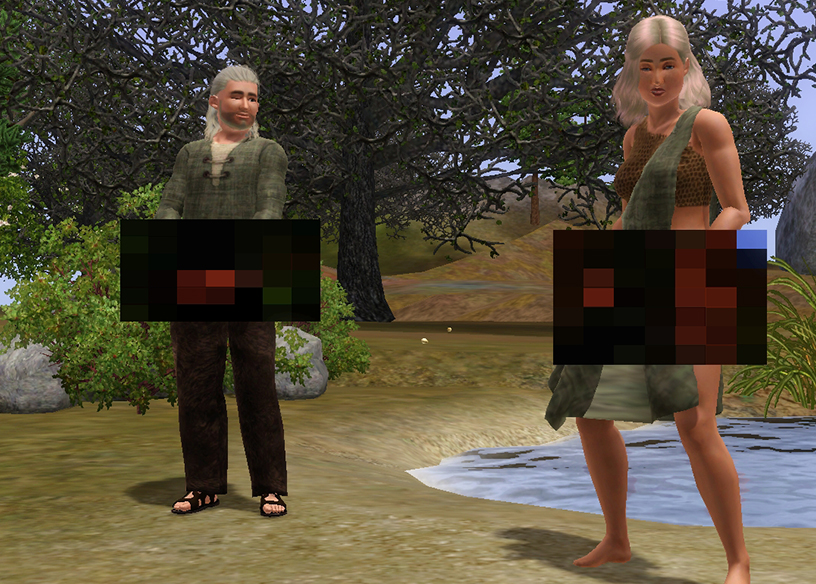 
There are two different bathing interactions that come with this mod.

Your sims can take sponge baths in the ocean or bathe in swimming pools. I added the pool interaction as sort of a compromise because I couldn't figure out how to make sims route into ponds, so at least they can bathe in “pond-like” pools now (plus it also works for Roman baths etc).

Sims can perform the bathing interactions autonomously, though they will only do it if there are no Hygiene-filling objects (bathtubs, showers, etc) on the lot. When going to bathe in the ocean autonomously, they should automatically route back to wherever they came from afterwards. 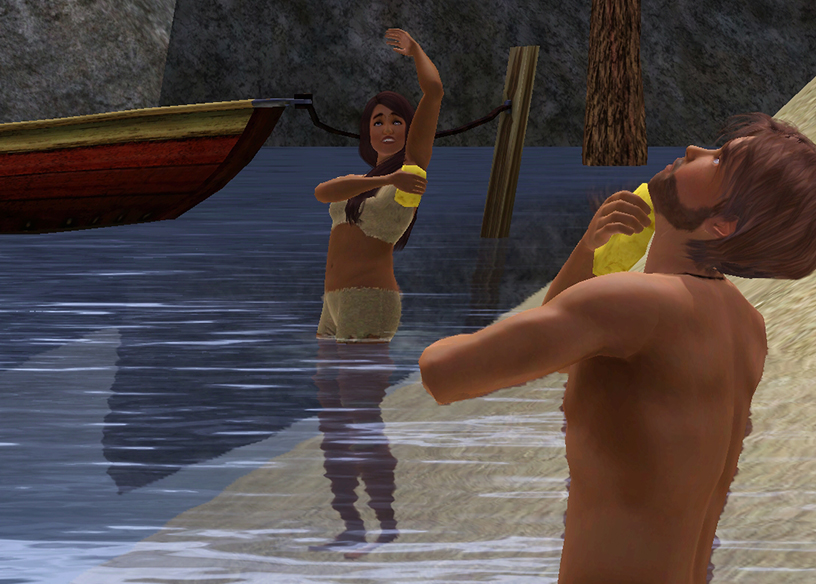 Autonomy
The majority of the interactions can be performed autonomously, though sims will only do it if your lot does not have any object to replace the nature interaction. (Eg sims will only try to pee outside if the current lot doesn't have a working toilet.)

You can adjust Autonomy via tuning and even turn it off completely if it doesn't fit with your playstyle.

Hygiene objects
Showers, bathtubs, all-in-one bathrooms, pools. By default, sinks do NOT prevent autonomy, though this can be enabled via tuning.

Tuning
The Tuning XML can be found in spherefish_OneWithNature_Tuning.package

Possible issues
Compatibility
This is a pure scripting mod, so hopefully it should not cause any major conflicts. If you notice any bugs or script errors, please let me know!

Localization
This mod is available in the following languages:
If you'd like to translate it into your language, just post your version in the comments or send me a message and I'll add it as soon as I can.

(You can also get the XML version of the strings here if you prefer to work with that.)
Other Information

Loved TS3 ever since it was released but just recently discovered my passion for modding!

I mostly focus on mods that enhance historic gameplay.