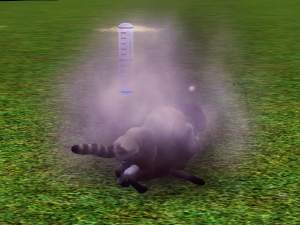 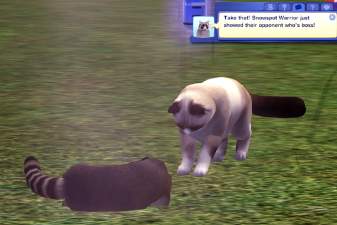 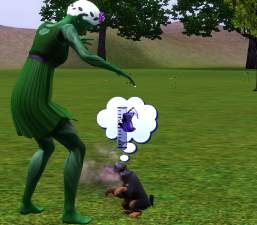 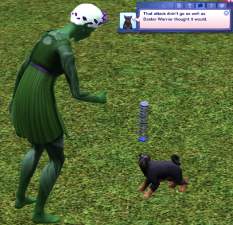 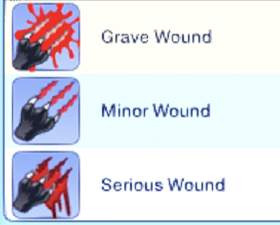 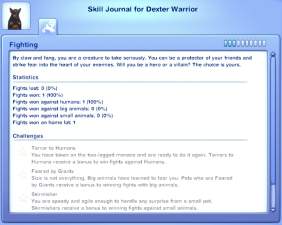 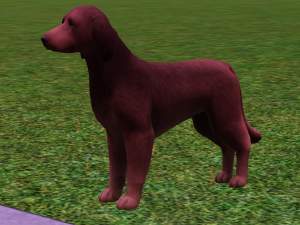 Created by echoweaver View Policy / About Me View all Downloads  Tumblr

Update May-4-2022:
- I forgot to actually upload the version of the mod that allows death from wounds. Now it's available!
- Fixed small issue with percentages displaying incorrectly on skill journal

After my Cat Fishing Skill release, my next installment in my Pets Expansion Expansion is a Fighting skill. This turned out to be about 50x more complicated than fishing. In the interest of ever releasing it, I had to trim out my ideas for humans to train and direct pets fighting. Someday, maybe, there will be another release with that feature.

Features this mod does have:

Pets have a fighting skill. The Skill journal has stats and achievements. The first level is learned from chase interactions (both mean and play) or from another pet initiating a fight. Kittens can gain skill from play, though the skill won't appear until they age to adult.

Fight can generate three levels of wounds: mild, serious, and grave. The fight skill also affects the probability and severity of wounds the pet might incur. Each wound moodlet speeds up Energy and Hunger decay scaled to the wound level. Wounds are stackable (i.e. a pet can have more than one of the same wound moodlet with the effects adding to each other). You can really mess yourself up if you won't stop fighting.

Serious and grave wounds have a visual effect adapted from the Soaked effect, but colored red for blood. This is very subtle in a screenshot, as I showed with the large dog above. It's easier to see when animated. The visual effects also stack, so if the pet has a lot of wounds, they could become a waterfall of red drops.

There is a tunable option for pets to die of wounds. A pet will succumb to wounds if it passes out with a serious or grave wound active OR if it loses a fight with a grave wound active. If death is turned on, this means the pet will die, using the Mummy Curse ghost shader. If death is turned off, the pet will receive an uncancellable Recuperating moodlet and sleep for 12 hours, after which all wound moodlets will be gone. (Tunable by kAllowPetDeath value in the Loader XML resource.)

I have uploaded two versions of the mod: The default has pet death off. The "AllowPetDeath" version does what it says.

Social Worker is disabled for starving while there is a Grave Wound active. If the pet starves to death, it will also die or recuperate.

The Attack human interaction has been expanded to include dogs as well (seriously, what did the devs have against cats??) It now has a winner and a loser with some animation, gains pet Fighting skill and human Martial Arts skill, and it compares those skills to roll the winner. This is more an annoyance for humans. Neither side can get wounds, though humans can get the vanilla game Shredded Dignity moodlet.

New interaction: Chase Off Lot -- starts a Chase Mean interaction that checks against intimidation (trait scored, weighted by Fighting skill) at every stage. Can be initiated by a pet with Fighting skill against pets or humans. It has three outcomes: the target runs home, there is a fight and the target runs home if it loses, or the target turns the tables and starts chasing the actor. Pets can chase either other pets or humans. Sims cannot be chased off their home lot.

New interaction: Take to Vet. This can be initiated by a human to any pet with a wound. The human escorts the pet to the nearest Hospital rabbithole, where the wound moodlets are removed. The cost is currently §200. The pet and human should have a big relationship boost. Right now, this interaction always succeeds, though I'm considering changing it in the future to require a small relationship, about what is required to succeed at Sniff Hand.
Other Information

3. NOTE: If you remove a custom skill mod that you have been using in a save, you must remove all points in the skill from sims in the save or the save may not load afterward. The best way I know to do this is with NRaas MasterController.

3. NOTE: If you remove a custom skill mod that you have been using in a save, you must remove all points in the skill from sims in the save or the save may not load afterward. The best way I know to do this is with NRaas MasterController.

Also Thanked - Users who thanked this download also thanked:
More Traits for All Ages
by mikey
'No Stretch' Children can Series
by kapaer
Children can care for their lil' siblings
by TheSweetSimmer
Retuned Attraction System (1.67 compatible)
by Fentonparkninja
[UPDATE] 10 new CAS Sliders (Breast, Hip, Waist, Butt, Head and more)
by jonha
The Third Person Mod
by QuackGames
No Mosaic Patch 1.22 to 1.67 edited 01/16/2014
by velocitygrass
Snow but better! - Snow replacement mod
by Lyralei
Deep Conversations
by QuackGames
No Intro
by Rick
Back to top