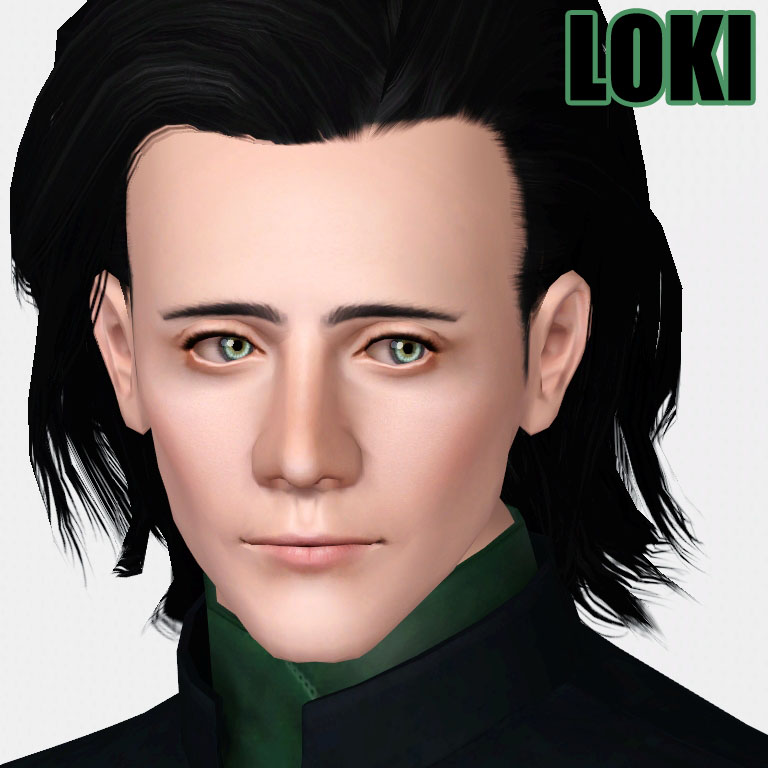 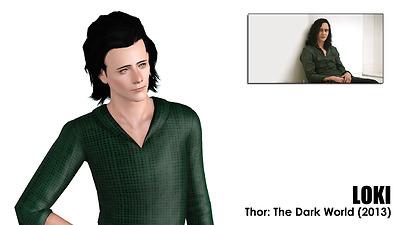 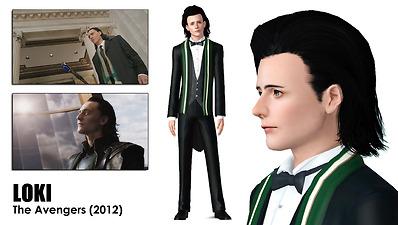 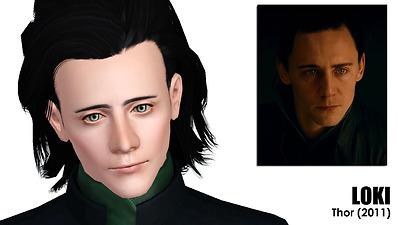 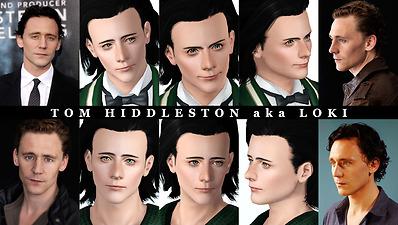 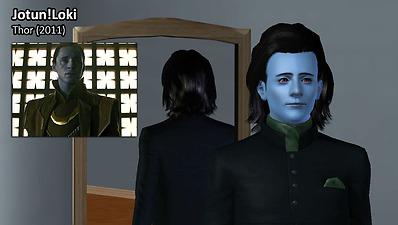 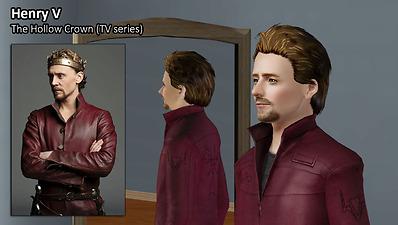 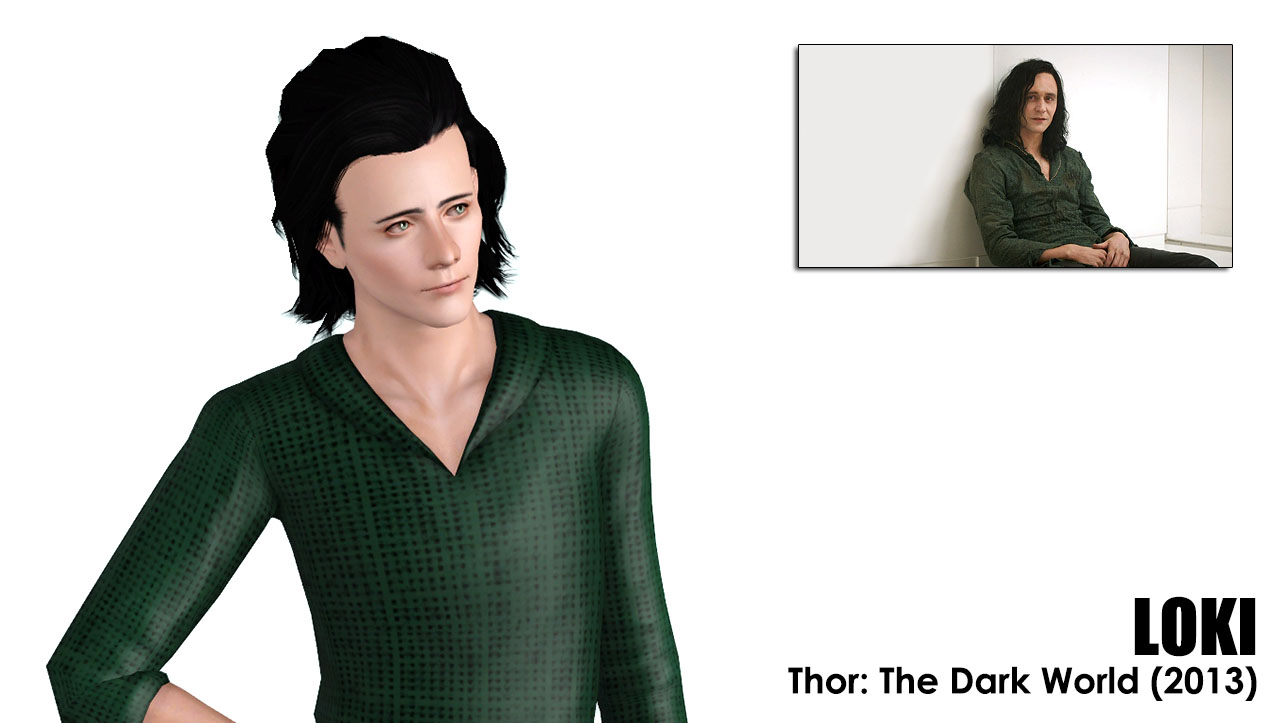 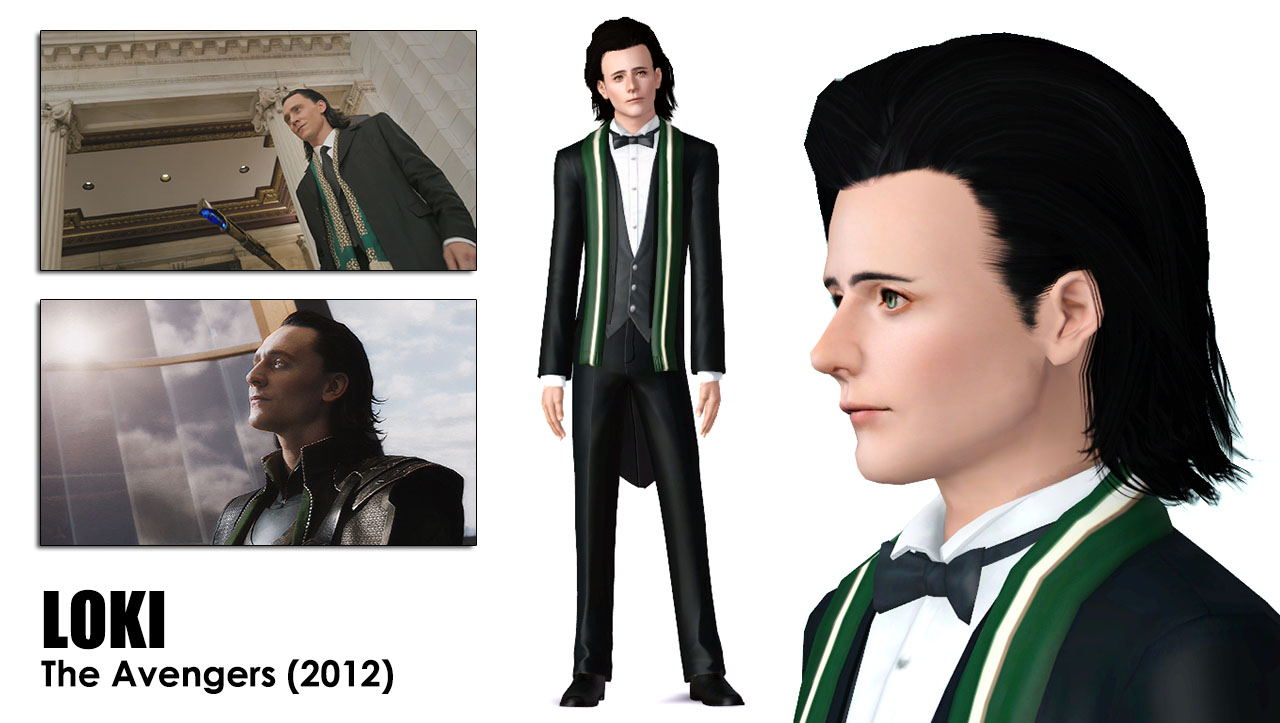 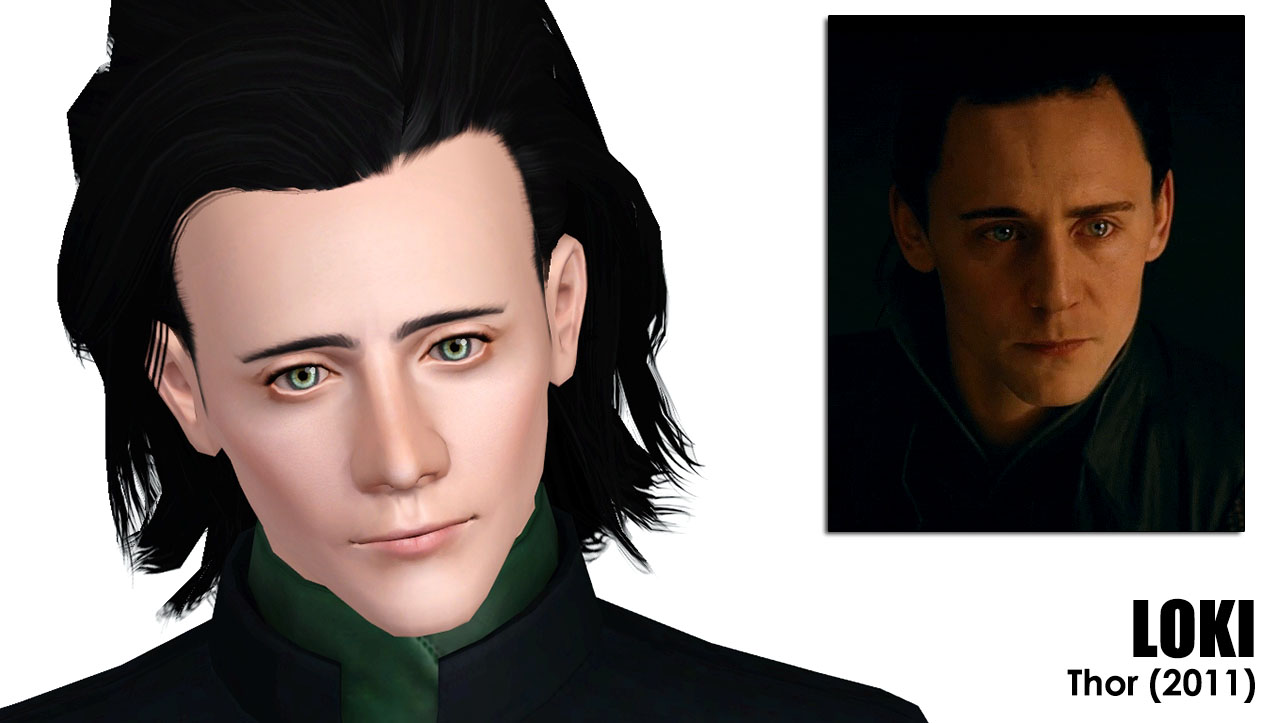 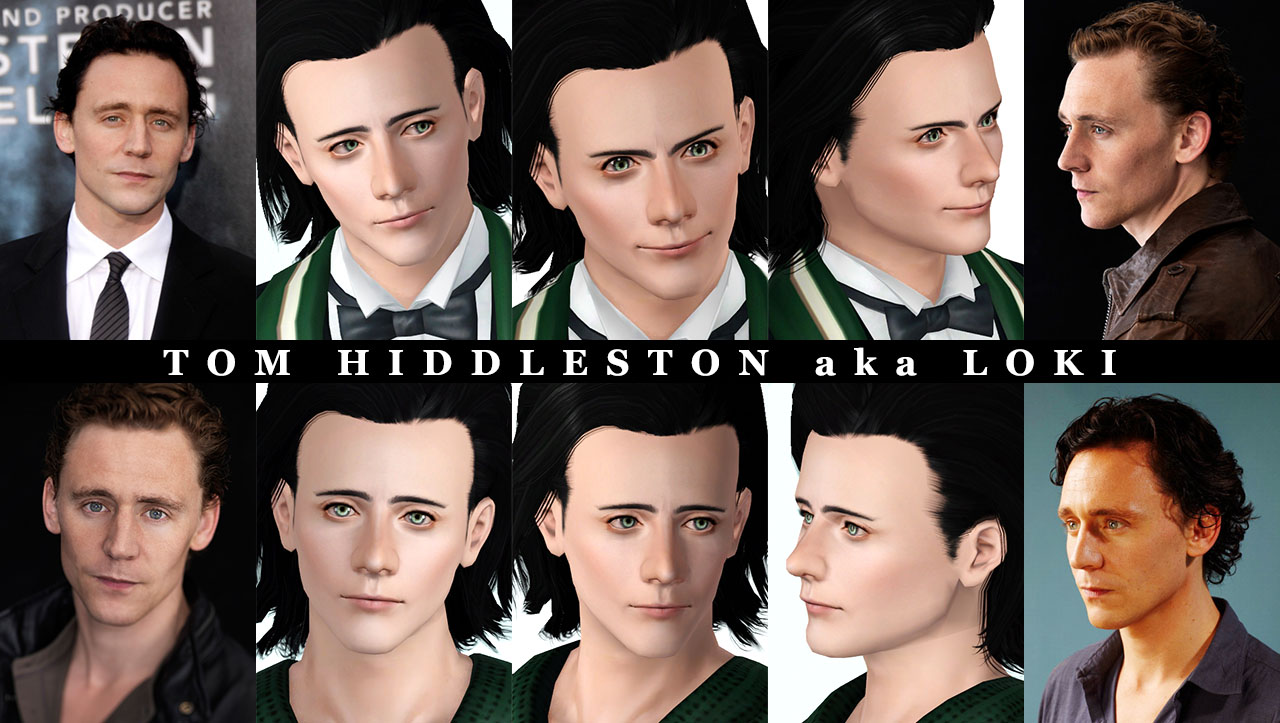 Supernatural Type: Human (*Wizard will be more proper if you wish to play the sim as Loki.)

Biography:
Tom Hiddleston is a British actor who played Loki in the Marvel Studios film Thor (2011) and The Avengers (2012). He will reprise the character again for Thor: The Dark World (2013). The role in The Avengers won him MTV Movie Award for Best Fight and Best Villain (2013).

Actually Tom himself has curly blond hair. But it is much easier to identify the traits of a character than a real person, so I tried to mix together the figures of Tom himself, Loki(Thor), Loki(The Avengers) and Loki(Thor: TDW). The personal info below is based on Loki.

Loki is a fictional character appears in Marvel Comics. He is the Asgardian God of Mischief, the adoptive brother and archenemy of Thor.
(*Loki's biological father is Laufey, the King of Frost Giants. Thus if you wish to play the sim as Loki, it is better to rename him as "Loki Laufeyson". But of course since Loki is adopted by Odin, "Loki Odinson" also makes sense.)

Lifetime Wish: The Emperor of Evil

Outfits: Both the hair and clothing are packed with base game stuff.
(*But you'll need Seasons to show the outwear.)

(*This sim is packaged with default skin and default eyes.)

And here are some examples of how to play this sim. See the attached screenshots. But maybe I'm just amusing myself.

(*The examples are NOT contained in the sim file, I didn't save them, only took snapshots in CAS.)


Okay, that's it. Now claim your loyalty to Loki! Ehehehe!