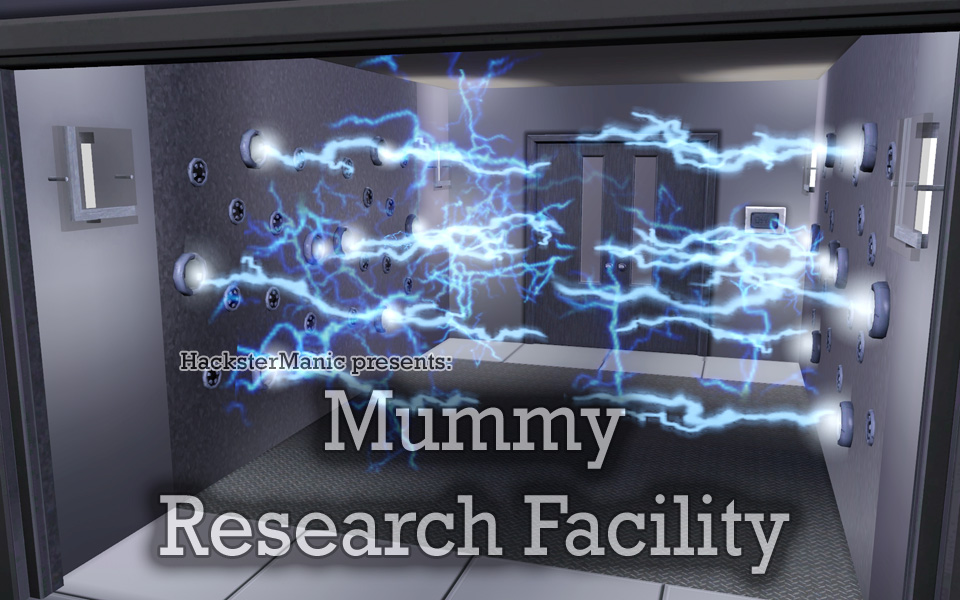 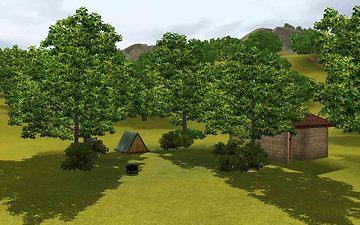 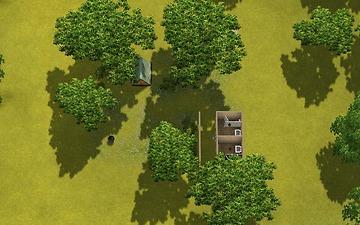 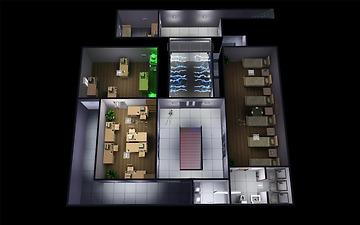 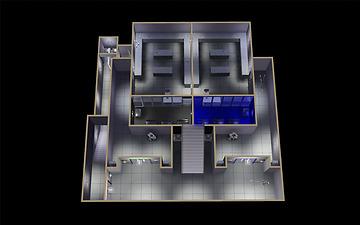 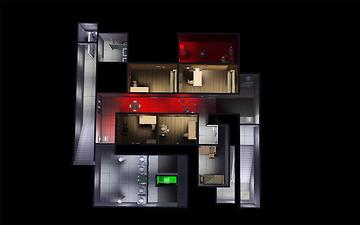 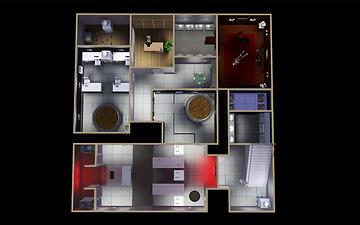 EnterIfYouDare.jpg - width=960 height=600
The Mummy Research Facility is a replacement tomb lot for The Rose Campgrounds in France.

GroundFloor.jpg - width=1200 height=750
The ground floor remains mostly the same as it always has been.

Version 2 is now available.
> V2 fixes a problem that some users reported regarding a statue on B4. Please re-download. I apologize for any inconvenience.

I always felt that The Rose Campground in France was uninteresting, so I decided to liven it up by putting a Resident Evil style secret laboratory underneath.

There are actually two Rose Campgrounds in France; one is located behind the graveyard; the other is near the Landgraab mansion. This lot can be used to replace either, or - indeed - any 2x2 lot.

Please do NOT look at the screen-shots unless you want to spoil it for yourself - I have included them only because of MtS's requirements.

Inside the spoiler brackets I have included three more pictures. They don't give too much away, but they give a general idea of what the interior of the laboratory is like.

Above ground, The Rose Campgrounds look almost unchanged. There are only a few small additions to allow access to the tomb.
Because this lot is intended to replace The Rose Campgrounds (which are behind the cemetery in France), I wanted to preserve the space above ground so that those who enjoy the Rose Campground can still use it as normal, even if they replace the lot with The Mummy Research Facility.
To replace the lot, you must first delete the existing lot, and then place the Mummy Research Facility in the same space from the community lot bin.

As you can see, the tomb is an underground research laboratory. The entire lab is very high-tech and sterile; there are areas where you will need to hack computers to progress. This is a major contrast to the dusty broken down tombs you're probably used to.

I have included the floor plans out of necessity in accordance with MtS's upload rules, but I must forewarn that the pictures do contain spoilers.

This is my first tomb and it took 24 hours to make and test (which I have done thoroughly). I hope that you enjoy playing it as much as I did making it.

In the interests of keeping the game balanced, the rewards offered by this tomb are fair but modest. There are no game-breaking reward items or cheat rewards.

Your sim does not need any special items or abilities to make full use of this tomb. It is doubtful whether the teleport ability would help you progress, other than by allowing you to come and go as you pleased.

This tomb employs the Cause/Effect FX, but only where it's not immediately obvious what the change has been.

To enter the tomb, you must find the key. I have hidden it somewhere on the surface of the lot. The only clue that I can give you is that it is outside.

If you get stuck at any point, I have included a step by step Walkthrough of the tomb. It reveals all of the tomb's secrets, so only use it if you're really stuck.

Please note that once you enter the facility proper, you will be unable to leave until you have reached the end. The facility will provide for most of your needs including food, bathroom breaks, and places to sleep, but you should come prepared with some dried food just in case you run out.

While shopping in the center of a small French village, you are approached by a young girl. She introduces herself as Twyla Rosenthorpe. She has heard about your brave exploits and wants your help to rescue her father, Dr. Gregory Rosenthorpe. She tells you everything you need to know about him, and the work he has been doing with the Humani Pharmaceutical Group.

The Humani Pharmaceutical Group is renowned for its revolutionary products, providing everyday goods for the masses. They skyrocketed to world fame and fortune when they discovered a cure for the common cold - an anti-viral that could evolve as the cold virus did.

Unfortunately, not all of their business research is approved by the FDA. Dr. Gregory Rosenthorpe has been researching mummies in an attempt to discover how - after thousands of years of laying dormant - a mummy can be reanimated. He discovered, with the help of Admiral Landgraab's notes, that life-fruit nectar was used as an early embalming fluid.

Now the lab has fallen silent. Most of the staff are presumed dead, and Dr. Rosenthorpe is nowhere to be found. Are you brave enough to enter the research facility to find out what went wrong?