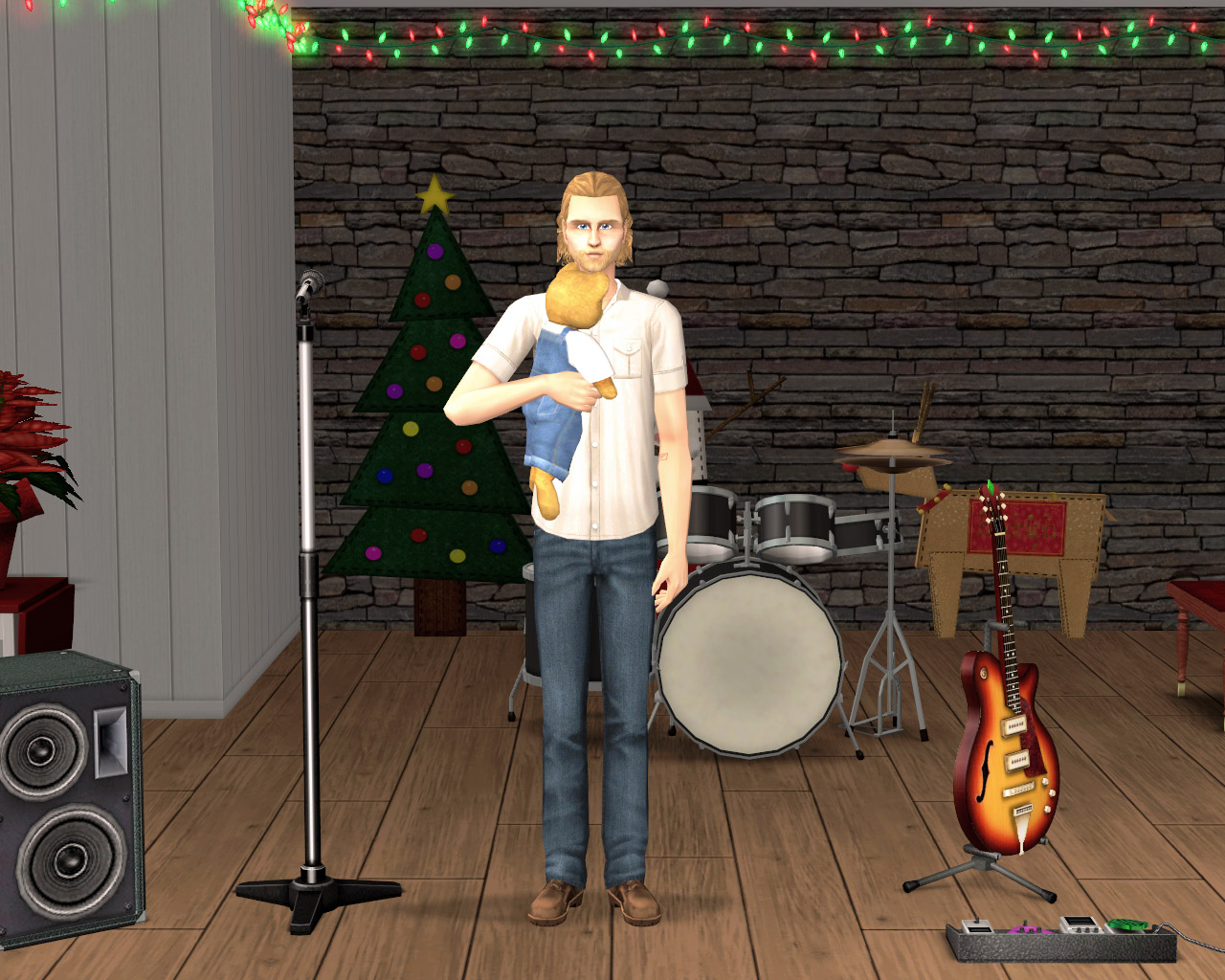 Today I have part three of Fishmas gifts-series for you. Fishmas is an event over at Leefish. During Fishmas Santafish shares mystery gifts from mystery fish, so that each day leading up to Fishmas has a fun Sim-surprise. Some of those mystery gifts came from my workshop, and I decided to share some of them here as well for those of you who might have missed Fishmas (gifts are still available, and they are great, so go check them out!)

Santafish's helper was swimming around in the fishbowl, and overheard a real tragedy. Sim-Santa is walking around the Simming world handing out teddybears as presents, with no consideration to the poor teens, adults and elders who can't enjoy this gift to it's full potential. Who decided they can't enjoy a cuddly fussy teddybear hug? Something had to be done!

What is this?
This is a global mod that enables the teddy interactions play with and carry for teens, adults and elders. It does not change the animations, which means there may be a little bit of floating when placing the teddy back down, but aside from that the animations work great with older Sims.

There are three flavors. Only use one for each type of stuffed animal.

EnabledTeenAndUp
This enables the interactions play with and carry for teens, adults and elders, nothing else.

EnabledTeenAndUpNoAutonomyPlus
This is the same as no autonomy version, but in addition it disables autonomy for the talk through interaction. I don't like it when my Sims constantly try to talk to others through the teddy, and I figured more people might so I decided to offer a version that includes talk through.

Previous compatibility problem with base game has no been sorted. Teddybear should work fine with just base game.

Conflicts
Conflicts with all mods that affect the pie menu of teddybears. May conflict with no autonomy mods for teddy interactions, depends on how they were made.

If you are unsure if this conflicts with a mod you have, let me know the name of the mod and where I can find it and I'll take a look for you.

Update
I accidentally uploaded the wrong version of the mod, so if you are using the no autonomy versions and you see the carry interaction twice please re-dowload. My apologies for any confusion it may have caused.

Credits
Thank you to fanseelamb for the idea, and for the lovely thumbnail.
Thank you to Santafish and Leefish for hosting Fishmas. If you haven't checked out the gifts from Fishmas I suggest you do so as there were lots of fun creations. If you are interested in my contributions you'll find them on day 9, 12, 15, and 23. You'll also find day 9 gift and part of day 23 gift here on MTS.