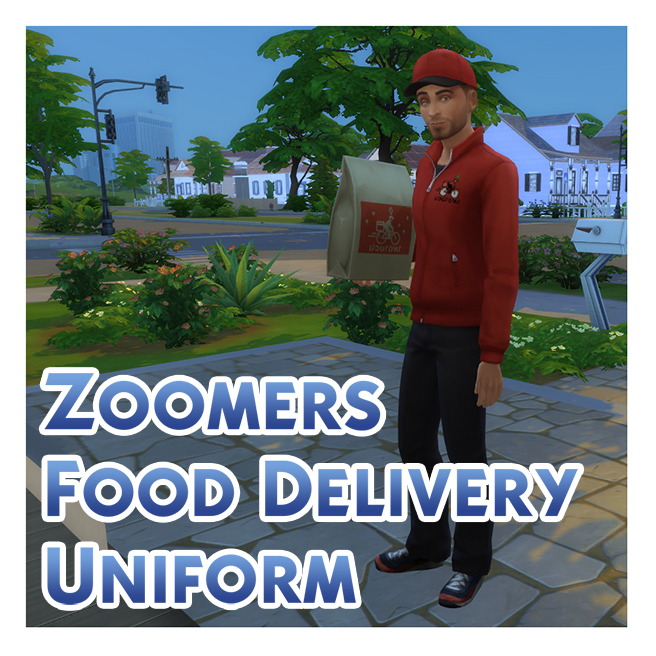 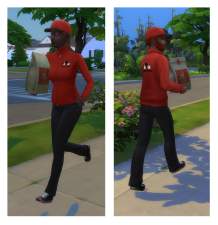 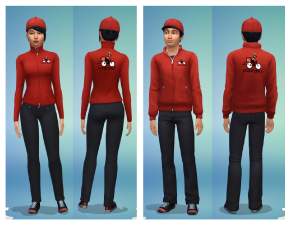 Description
A good while ago now, I was asked anonymously through tumblr if I would be able to create a mod that would make the Zoomers Food Delivery Sims wear an actual uniform instead of the god-awful random outfits the game liked to spawn them in. I thought it sounded like a good idea so I set about trying to make it happen.
Creating the custom uniform CAS parts was the easy bit. I didn't know how to make the game actually recognise and use them as an actual uniform though so I headed over to the wonderful creators on Discord.
This is where frankk comes in. He shared the knowledge and code required to enable the custom uniform to be recognised by the game allowing me to get this mod working. Without him it would not exist, so many thanks to him.
This also marks my first script mod. The uniform consists of a custom cap, jacket, trousers, and shoes. Each item has been edited for the purpose of the uniform apart from the trousers which are just standard EA items. They are clones though so that they do not override the originals.
The uniform parts have been hidden from showing in CAS due to their specific purpose and to not clutter the catalogue.

The situation job tuning, job_Deliveries_FoodDelivery, with Instance 00000000000400D2 has been overridden to point to the new uniform and will conflict with any other mod that makes changes to it.

There are two files included in the zip archive. You need to install both for the mod to work!
The package contains the CAS parts and the overridden tuning file.
The script file contains the tuning needed for the game to recognise the uniform and be able to use it.
Do not install the script file any deeper than one subfolder or it will not work
Made with game version 1.82.99.1030

Updated 12-JULY-2022
Updated to remove any possibility for werewolves to spawn wearing the delivery uniform shoes. It shouldn't have been possible anyway but you never know.