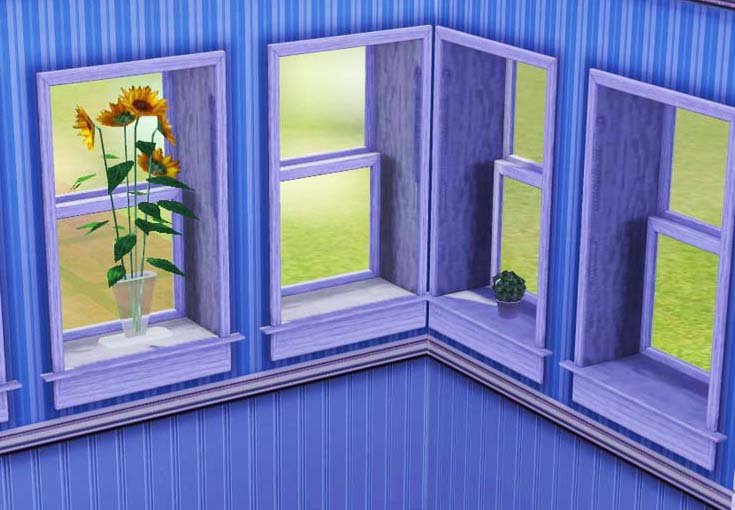 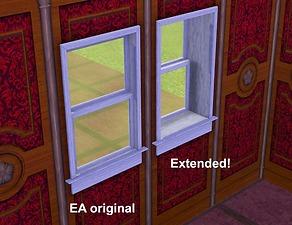 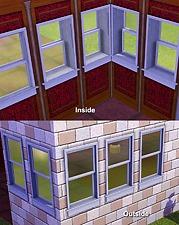 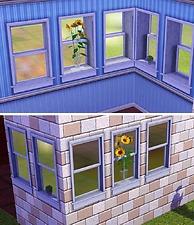 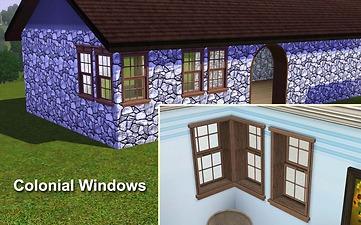 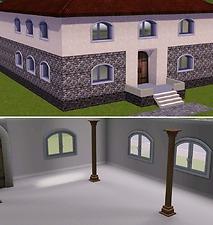 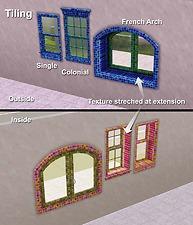 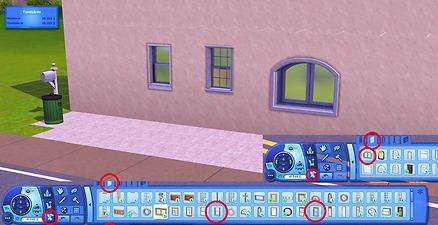 Updated for Pets and patch 1.31 and tested in game

Yes I think the walls looks too thin and the windows don't look so good in the game. After experimenting with arches I tried the same with windows and found it works. Here´s the difference between EA's original and the extended one. 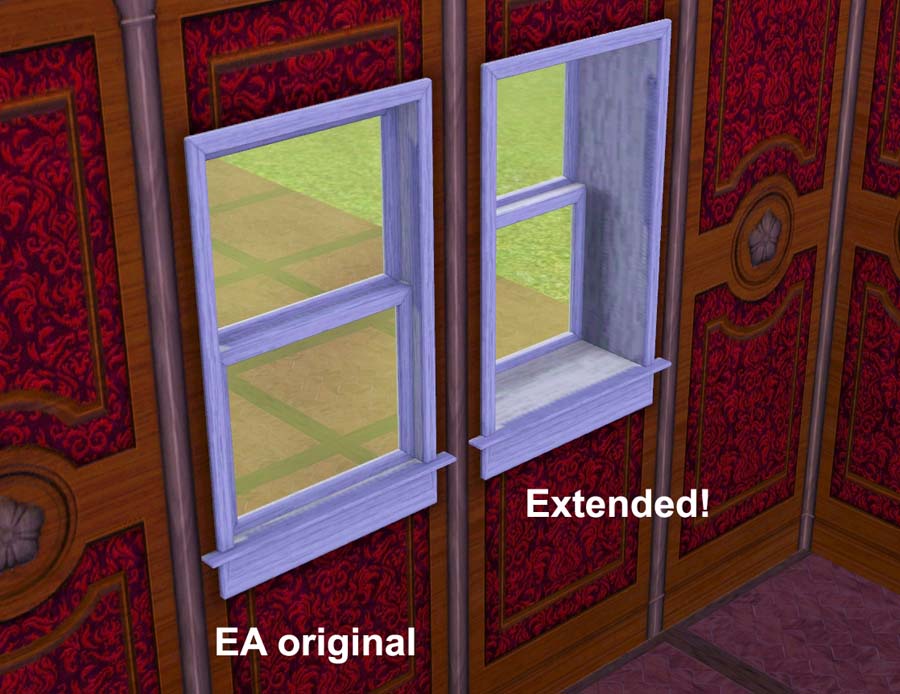 I found it much more good looking. From the outside you can't see any change at all. 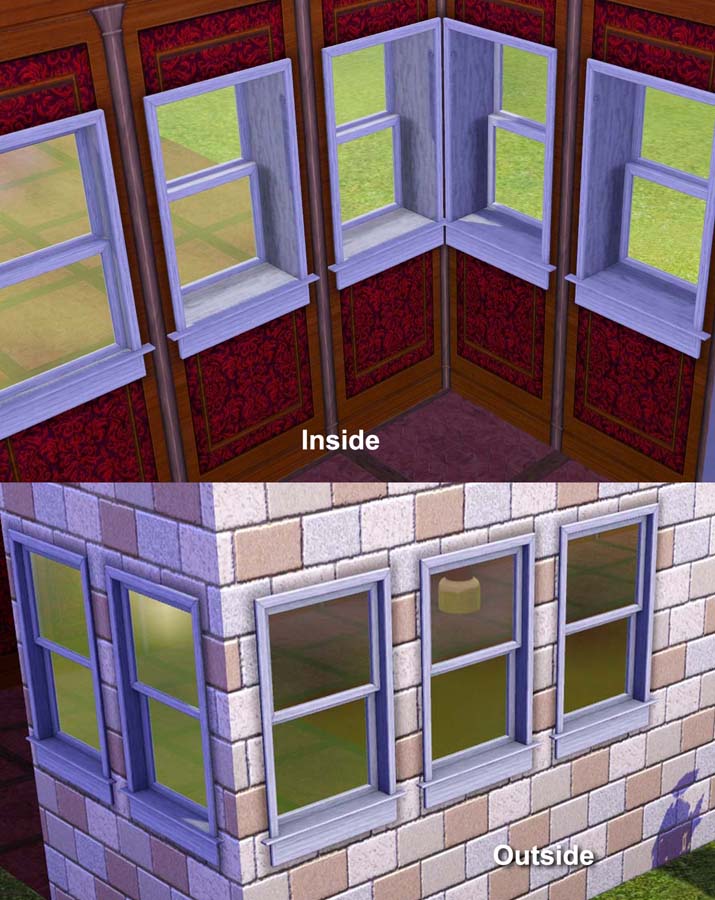 I tried to add some slots in the window for placing of some objects as flowers and from inside it looks very good. The problem is that the objects placed there falling outside the window when looking from the outside. So I just rejected the idea. 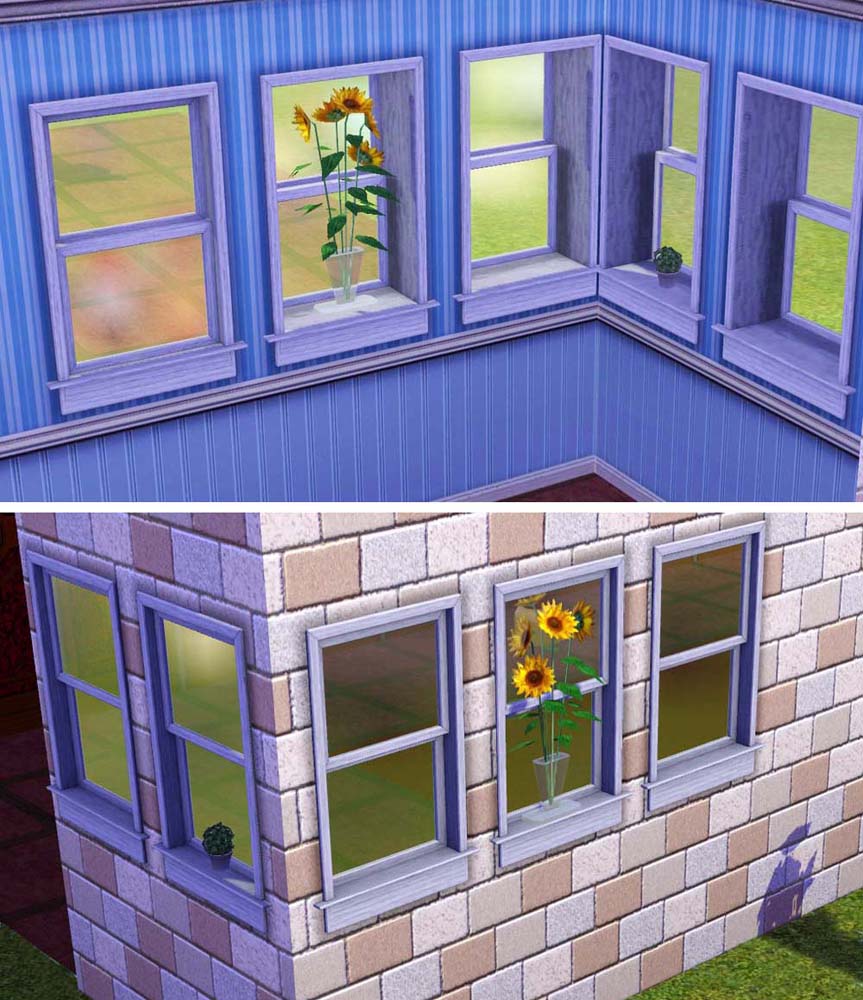 I did the same with the colonial window, which I think is good for castles and the French Arch Window which is a 2-tile window. It works also.

I've been testing these in game and don't found any problems but who know? Let me know if it doesn't work or give problems.

This is standalone objects and dont replace anything.

Additional Credits:
I thank the developers of S3OC and S3PE and all the autors of different tutorials here and there.
Other Information

I'm glad if someone enjoy my creations and happy if you use it in your game. You may use it in your uploads but not claim it as your own and no pay please.
Credit is nice but not mandatory.