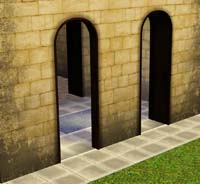 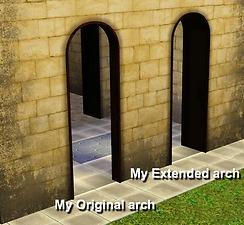 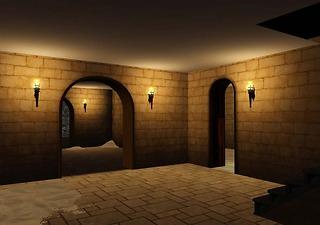 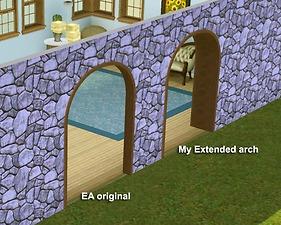 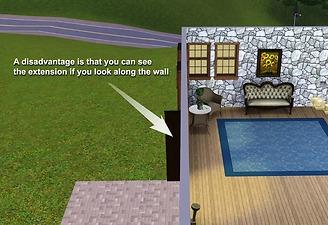 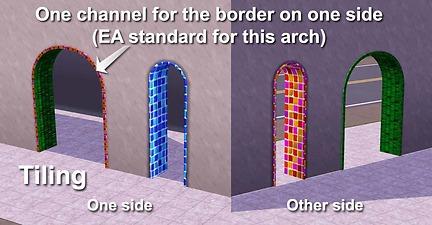 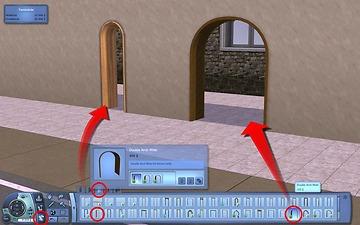 Updated for Pets and patch and tested in game

The walls are too thin in the basement. I made some experimenting and was able to edit the arches so it give an illusion of thicker walls. 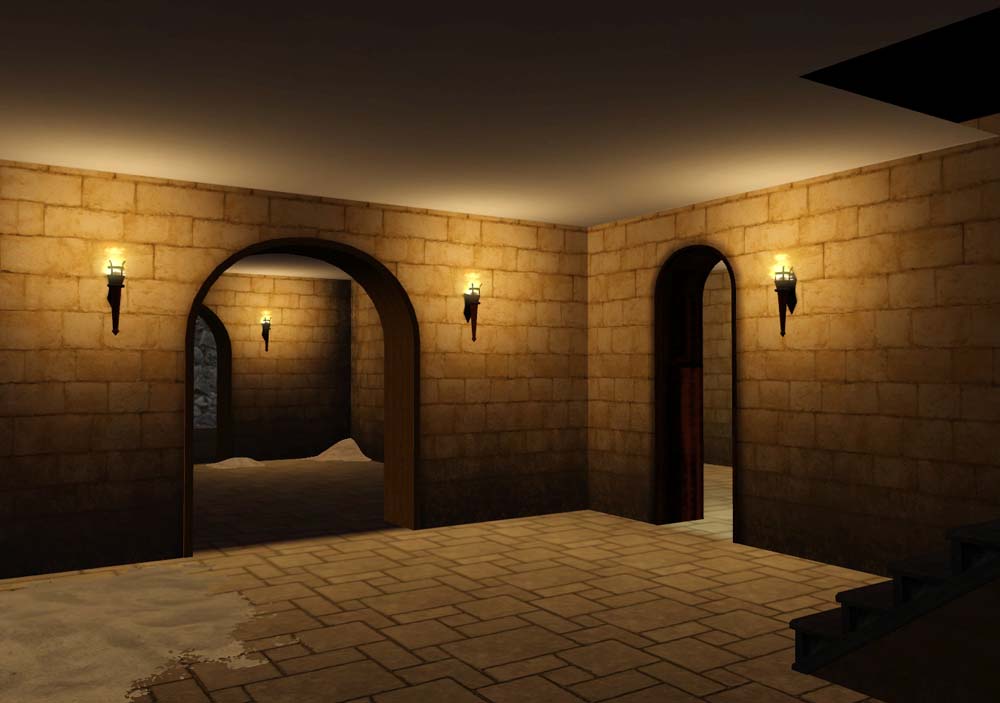 I started with my own single arch and after some experiment I found it works. 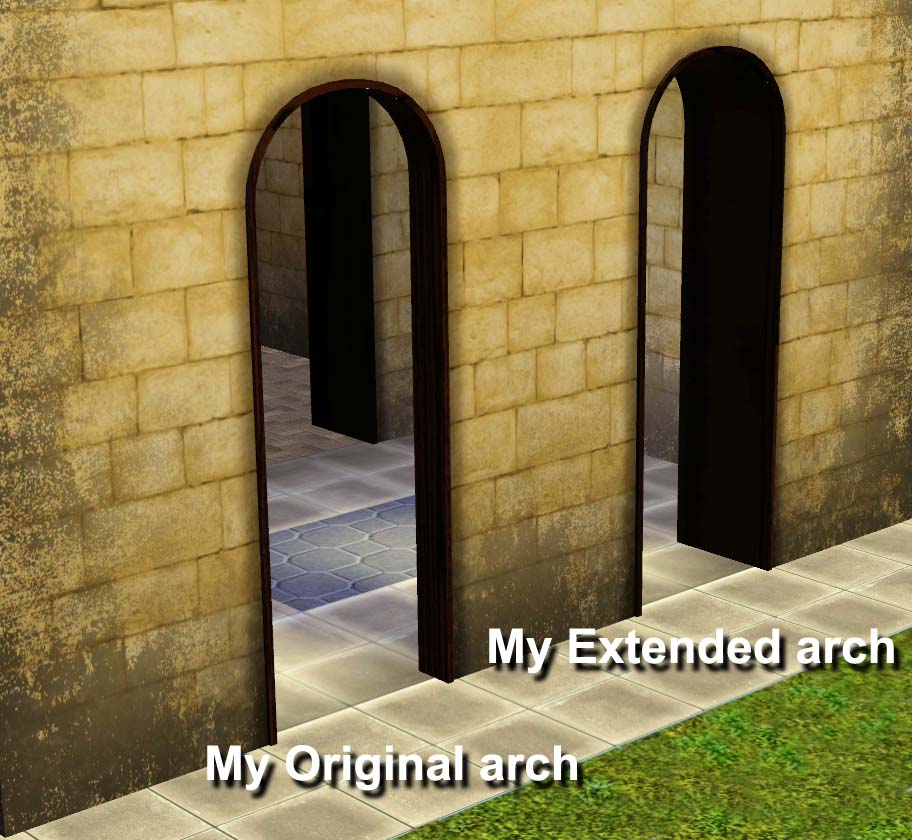 I also tried to extend one of EA's arch, the Egytian one. 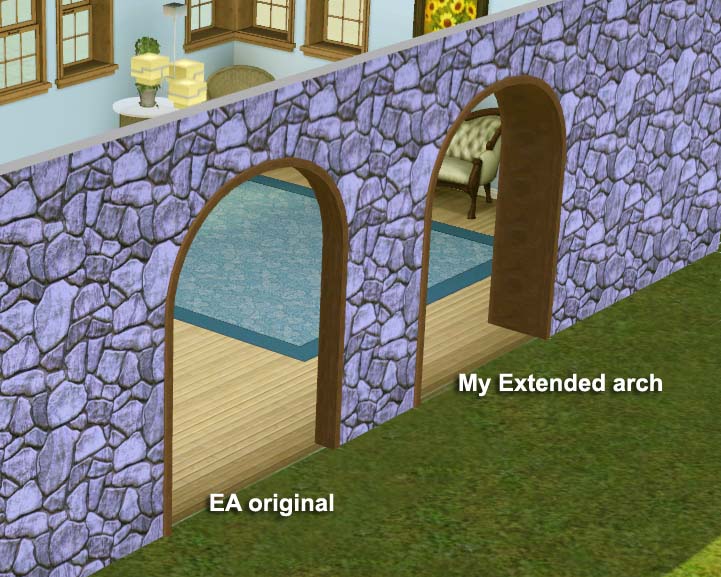 It works too but I have some problem with the texturing. Maybe it is because it's something special with that arch, I don't know. As you can see in the picture the texturing is something special as you can recolor just the border on one side. I think it's great. The disadvantage is that the texture is stretched on the extension. But I think it works well if you dont't use geometrical patterns. I think wood works best.

Another disadvantage is that you can see the extension if you look along tthe wall because the wall is so thin. I can live with that!

The single arc cost 150$ and the Egyptian 195$. Both can be found among the other arches in the catalogue.

Additional Credits:
As usual, I want to thank the developers of S3OC and S3PE and all the autors of different tutorials here and there.