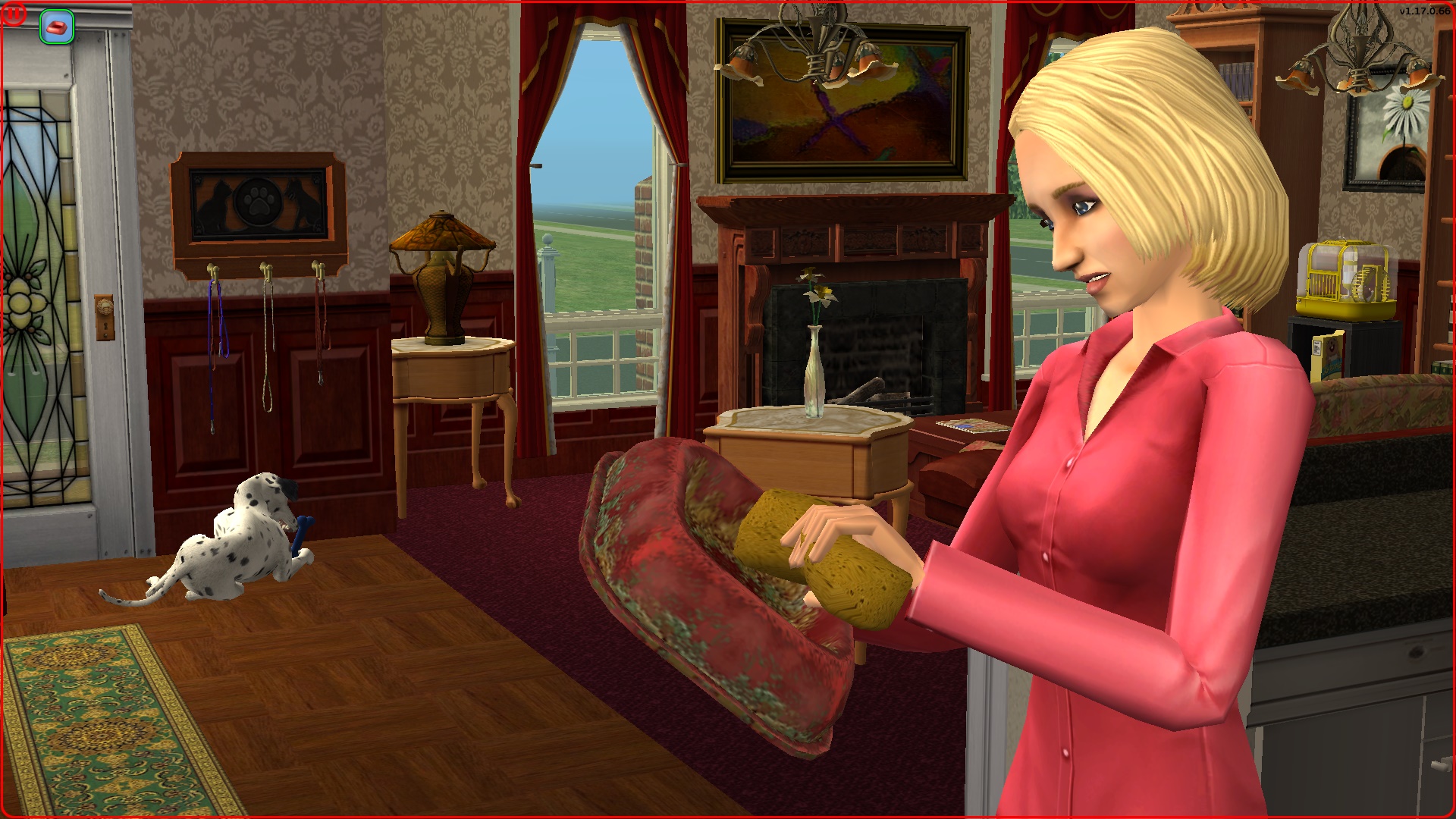 Created by simler90
View Policy / About Me View all Downloads
Uploaded: 19th Sep 2019 at 7:59 AM
Updated: 1st Jun 2021 at 1:01 PM
UPDATE 21: There is an issue in the game which can prevent NPCs who are on duty from properly cleaning dishes which are stacked on top of each other. Maids, butlers and housekeepers who have very low or very high Neat are especially affected. This update fixes this issue.

UPDATE 18: Sims will not just consider cleaning disposable dishes within the apartment suite that the dishes are in any more, because adding that functionality is not easy, not to mention unnecessary, because that prevents sims from disposing dishes in the trash chutes which may be just outside their apartment. So, sims can dispose dishes in any available object that allows disposing.

UPDATE 16: This update redesigns the feature I added to the mod in UPDATE 13. Now, sims will not throw a route failure tantrum if they are trying to clean a dish which is on a dining table, and as long as they are within 5 tiles of the dish. This way, the mod completely fixes the "unreachable dish on a dining table surrounded by dining booths" problem. Servers will also actually pick up the dishes and wash them, rather than the game deleting the dish. The only way sims can throw a route failure tantrum and fail to clean the dish, and the game can delete the dish if the sim is a server, is when the sim is somehow unable to route within 5 tiles of the dish no matter what.

UPDATE 15: I have added one additional check to the feature I added to the mod in UPDATE 13. Sims won't be allowed to pick up dishes if their interaction has been cancelled.

UPDATE 14: The game allows sims to clean espresso cups even if they are still on the espresso machine or barista bar, and this update prevents this behaviour.

UPDATE 13: If a sim tries to clean a dish which is inaccessible (if it is on the inaccessible side of a dining table which is surrounded by a dining booth and so on), then the game deletes the dish if the sim who is trying to clean is currently engaged in the Be Server interaction of the dining podium, so that such inaccessible dishes get deleted in restaurants. But, other sims such as managers or business owners and their family can also try to clean dishes, and in such a case the sim throws a route failure tantrum and cannot clean the dish, and this goes on forever on a loop. This update makes it so that, if the sim can't reach the dish, but happens to be in the same room and within 3 tiles of the dish, then they will still throw a route failure tantrum, but then will take the dish and continue to wash it. This completely fixes the problem.

UPDATE 12: There is an annoying issue in an unmodded game which sometimes prevents certain sims from being able to clean dishes. Rotational players are very likely to come across this issue. Dishes will be unclickable as if they are in use, even if they are not. The glitch happens when a sim has a Dining token. Maxis made it so that sims who are currently dining are unable to clean dishes, which is fine, but it looks like the token may get stuck, especially if the player leaves the restaurant lot while a playable (but currently unplayed) sim is dining, so the next time the player switches to that sim's household, the sim will still have the Dining token which then prevents the sim from interacting with dishes. This mod makes it so that if the Dining token comes from a lot different from the currently loaded lot, then it won't prevent sims from interacting with dishes. Also, you shouldn't worry about those stuck Dining tokens much, because the next time the sim dines at any restaurant, the game will delete any Dining tokens that the sim may have.

UPDATE 11: The game sometimes still allowed sims to wash dishes even if there wasn't an available object for washing dishes. This update fixes that.

UPDATE 10: Sims won't try to autonomously clean dishes on hotel lots if there is a dining podium.

UPDATE 9:
- Sims need to pass the checks of the mod to be able to autonomously clean newspapers.
- I found out that there is a problem with espresso cups in an unmodded game. When a sim washes an espresso cup in a sink, the game sometimes resets the sim without an error, and the sink remains full of water and sometimes the sink sound gets stuck. This should now be fixed.
Note: I have added a new Dishwasher Mod to this page, scroll down below to read the description for that mod.

UPDATE 6: Sims who pass the checks of the mod to clean up coffee cups and mugs will immediately try to clean them up when they are finished drinking, instead of leaving them on surfaces or on the ground.

UPDATE 5:
- In an unmodded game, sims who have higher than 100 Neat are allowed to autonomously take out trash from trash containers and compactors if there is even a single object in the container. This update requires the sim to pass the same cleaning checks of this mod, and requires the container to be at least one-third full for the sim to be allowed to take out trash from trash containers/compactors.
- Business owners and their family members also need to pass the checks of this mod if the business is currently closed.

UPDATE 4: NPCs and Employees still tried to clean up coffee mugs/cups even if there was no place to wash them on the lot. This update fixes that.

UPDATE 3: Sims were unable to clean up coffee mugs and espresso cups, this has been fixed.

UPDATE 2: I realized that I forgot to add the "Don't clean if there is a maid or butler and so on" feature to cleaning dishes, so this fixes that.

In an unmodded game, sims love cleaning stuff. Even if the sim has zero Neat, they will end up cleaning dishes, sinks, showers and so on sooner or later, usually sooner. It is impossible to have real, sloppy sims in this game. The game allows sims to clean objects if their mood is over a certain threshold. The problem is that the threshold is below zero even for extremely sloppy sims. This is why everybody is very clean in this game. In addition, there are no mood checks for cleaning dishes, meaning that sims are able to wash dishes even if they have zero Neat, and -100 mood.

Wash Dish Mod: In an unmodded game, sims take only one loop to wash dishes at sinks. Their Neat personality or Cleaning skill, or the number of dishes they are washing has no effect on how long it takes for them to wash dishes. I don't think this makes sense at all. This is a separate mod that makes it so that how long it takes for sims to wash dishes at the sink depends on the number of dishes they are washing, their Neat personality and Cleaning skill. If you have sims who have low Neat personality and Cleaning skill, then you should consider getting a dishwasher. So, this mod makes dishwashers much more relevant.
Wash Dish Mod-SkillVersion: This version allows sims to increase their Cleaning skill while washing dishes. When they gain a skill point, the game will show the notification "Sim has gained a point of Cleaning skill washing dishes!" which is only available in English. If you play the game in a language other than English, you will want to translate the mod and here is how you do it:
- Open the mod in SimPE, and click on the resource called Dialog prim string set.
- Select your language from the drop-down menu and left-click on the dialogue line below, then translate it in the box above.
- Click Commit File to the right and then save the mod.
UPDATE 1: This mod is now compatible with my new Utility Mod. +15 will be added to water usage for animation loop. This feature is only enabled if you have Utility Mod.
UPDATE 2: It was taking too long for sims to wash dishes, so this update halves the required number of loops for washing dishes.