Toddlers Can Learn to Walk Alone 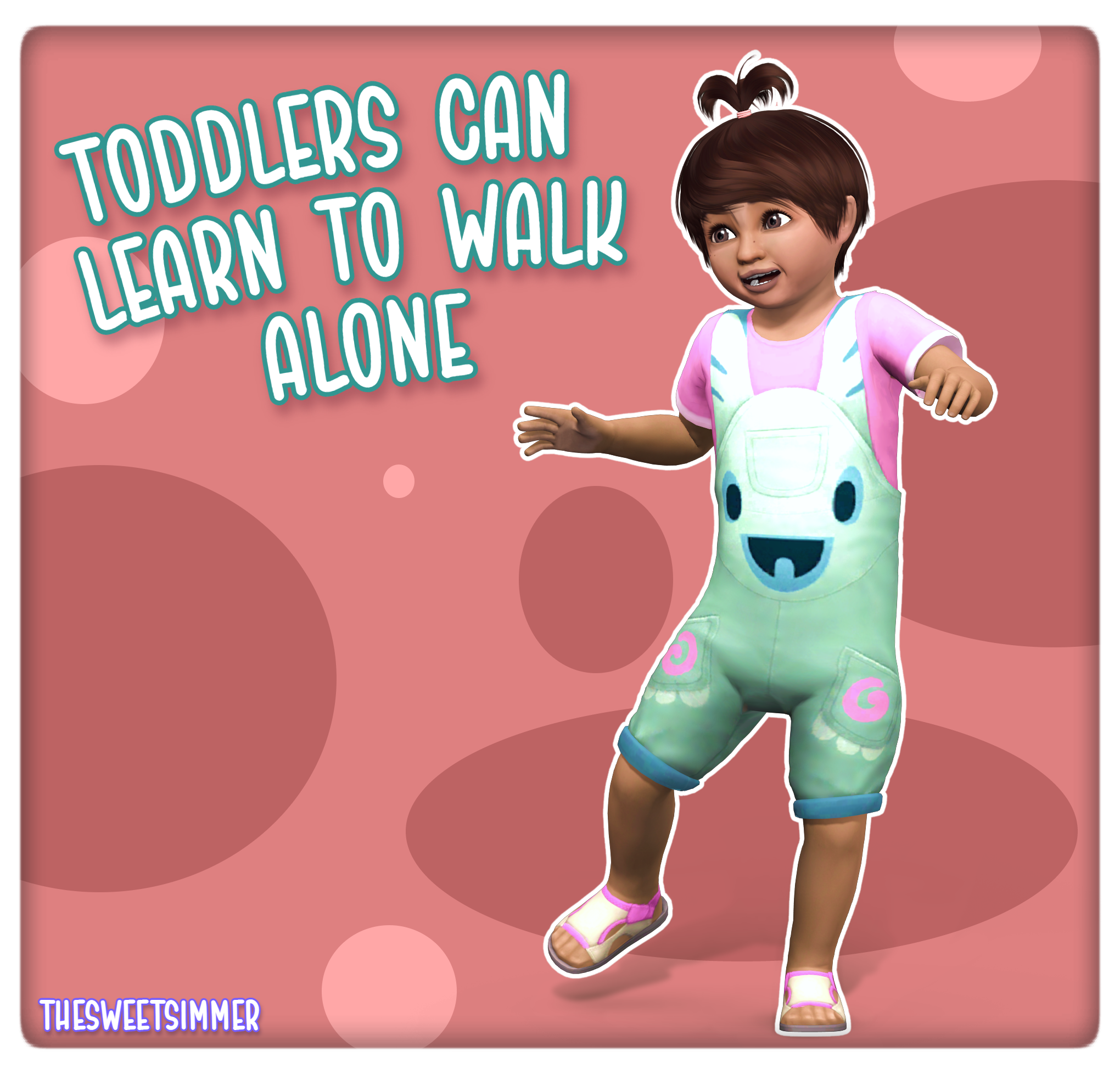 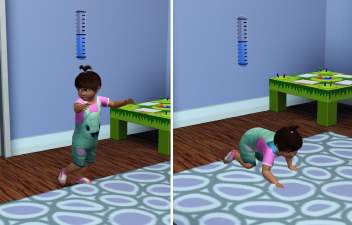 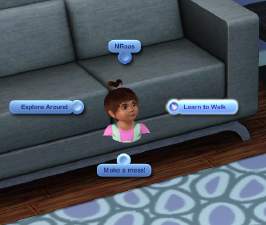 Created by TheSweetSimmer
View Policy / About Me View all Downloads
Uploaded: 14th Sep 2022 at 2:49 PM
Updated: 16th Sep 2022 at 2:51 AM
- Big thanks to MissPat for testing, giving feedback and translating the mod, as well as Battery for helping me get a piece of code working!

In this mod, toddlers will finally be able to learn to walk by themselves, no adults or store walker required!

- This mod was built and tested with game version 1.69, but should work with v.1.67 as well.
- What type of mod is this? - This a pure script mod, adding a new interaction to toddlers to learn to walk by themselves. This mod can go into the Packages folder.
- Animations - All new animations.
- Translations - The interaction name is translated to all languages.

To have your toddler perform the interaction, select them then click on them and an interaction to "Learn to Walk" will appear.

The interaction is autonomous and will last a total of 40 Sim minutes each time (unless cancelled) and by default it will take around 4 tries for the toddler to level up their walking skill. Once they level up, the interaction will disappear. Adventurous and Athletic toddlers will be almost 2x faster at learning the skill and will be more likely to perform the interaction. All these values can be tuned inside the XML and ITUN file in the mod package.

Because this mod implements forward and backward locomotion, please make sure your toddler is in an open area before they perform the interaction, otherwise the chances of them walking through objects and walls will be more likely.

This is a pure script mod so there should be no conflicts. No known issues are found!

Hello there! I'm an English-Portuguese-Brazilian young girl and I've been a simmer since around 2010. I first started making content for The Sims when I was very young, which was mainly poses and animations. Then as the years went by I discovered coding, 3D object modeling and texturing! And from here on, I hope to pursue my passion in animation, because I dream of working as an animator for future Sims games or other gaming companies! :)

And remember, you can be, do and have anything you want in your life, but only as long as you believe so!
---
Content Policy: Feel free to do whatever you want with my content! All I ask is that you do not make money off of my content or blatantly claim it as your own (because my creations are what make me stand out as a creator!). I don't take requests but I'm open to collaborations :)