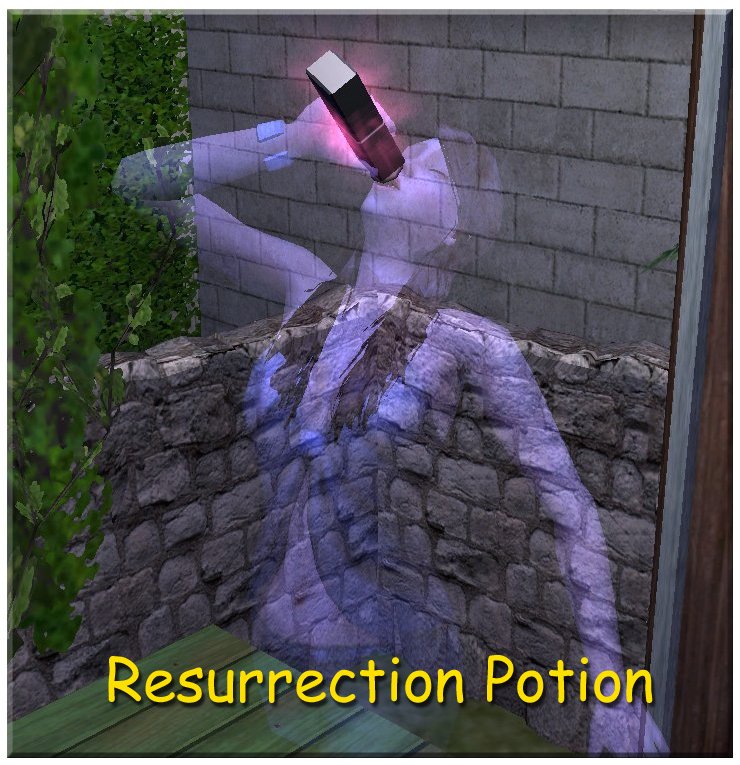 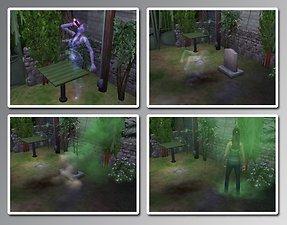 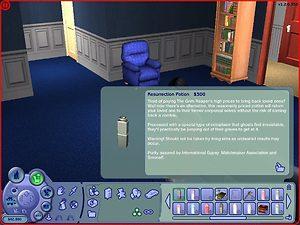 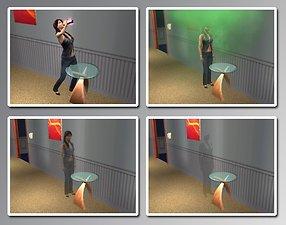 1,332 Thanks  Thanks     132 Favourited
Picked Upload! This is a picked upload! It showcases some of the best talent and creativity available on MTS and in the community.
Resurrection Potion

The Resurrection Potion works in a slightly different manner than other potions. While most potions only glow when drinking them or being purchased from the gypsy, this potion's glow effect is active all the time pulsing on and off like a beacon. This beacon effect will lure ghosts out of their grave and after roaming around for awhile will be compelled to drink the potion. Shortly after drinking the potion the ghost will jump back into their grave and will soon after be resurrected.

Note: Only works on tombstones and has no effect on urns. Works on community lots even if the sim that drove to the lot doesn't know the sim being resurrected. To be able to access the potion in your inventory on community lots you need cathair2005's Buy Mode Enabler.

Normal sims who drink the Resurrection Potion will after a few minutes become invisible. This invisibility effect will slowly wear off with the sim becoming more solid as time progresses. While this is a negative side effect for normal sims that drink the Resurrection Potion it also has a positive one in that it will automatically resurrect any sim who dies while under it's effect. This will work regardless of whether the sim has an urn or a tombstone.

Note: After a sim first becomes invisible you will be unable to click on them, however they will still be selectable from the skewer and can engage in all normal activities and interactions with other sims. This unclickability will wear off after about two hours.

Tips
-The two factors that decide whether a ghost will spawn or not are how many times the grave has been mourned or kicked and if the tomstone has been in place for at least 80 hours. The potion works by increasing these two values a little bit each time it pulses. Placing multiple potions, since each one will add to the values, will increase the odds of a ghost appearing.
-The game decides whether or not a ghost will spawn at around 8PM, so potions placed after that time will not have any effect until the following night.

The Resurrection Potion appears in the Buy Mode catalogue under Miscellaneous>Miscellaneous and costs 300 Simoleons. You should be able to place it on OFB shelves.

If you have the Main Controller from the 10 New Gypsy Potion installed then you will be able to purchase the potion from the Gypsy Matchmaker, be able to select whether you want the effects to be static or dynamic, view how much time is left until the potion wears off and use from inventory.