Lupin and Tonks from Harry Potter 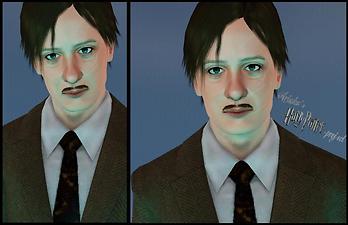 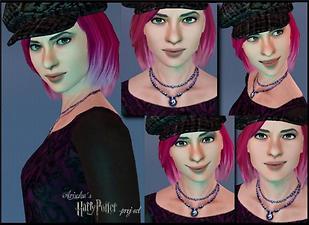 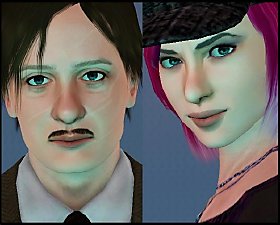 Created by Arisuka View Policy / About Me View Downloads Home

In Lupin's childhood, he got bitten by a notorious werewolf Fenrir Greyback, who had a tendency to bite little children for fun. From that point on, he was doomed to face the un-acceptance of whole Wizarding World, and he was to live as an outcast. But against all odds, when entering to Hogwarts school of Witchcraft and Wizardry, he was accepted as himself by James Potter and Sirius Black, with whom he developed a deep bond of friendship.
After unfortunate turns of events, he took part in the force against Voldemort known as the Order of the Phoenix, where he eventually met Nymphadora Tonks.

Nymphadora Tonks is a Metamorphmagus, and an Auror. She is super-clumsy, but a joyful person, who enjoys getting a giggle out of anyone with her abilities to transform her appearance in front of your eyes.
After entering the Order of the Phoenix, she gradually fell in love with Lupin, but he didn't quite return the feelings at first saying he was "too old, too poor, and too dangerous" for her.

Still, eventually, they got married and later had a child, Teddy Remus Lupin.

Sadly, both Tonks and Lupin got killed in the final fight against Voldemort (Oh Rowling, why, WHY?!)...

Lupin's mustache requires WA, but YOU CAN STILL PLAY THEM even if you don't have WA

Helaene's brows
My eyebags
My lipcolor
My eyes

Lupin's scars by me, included.

The slider is required to make her eyes look as wide as in the pics, but it's not totally necessary to download if you don't want to.

Also Thanked - Users who thanked this download also thanked:
Daniel Radcliffe as Harry Potter
by Arisuka
Are We Not Real Men?
by newone08
Kelly Osbourne
by LadyFrontbum
Adele Adkins
by rhadrio
Josh Ryan
by LadyFrontbum
Rupert Grint as Ron Weasley
by Nyn
The Element Project - Water and Fire
by Fawkes
The Doctors Are In - The NuWho Trio
by MistyBlue
Anna Paquin as Sookie Stackhouse - True Blood
by HystericalParoxysm
María Luz ~ My Sim Model
by Anubis360