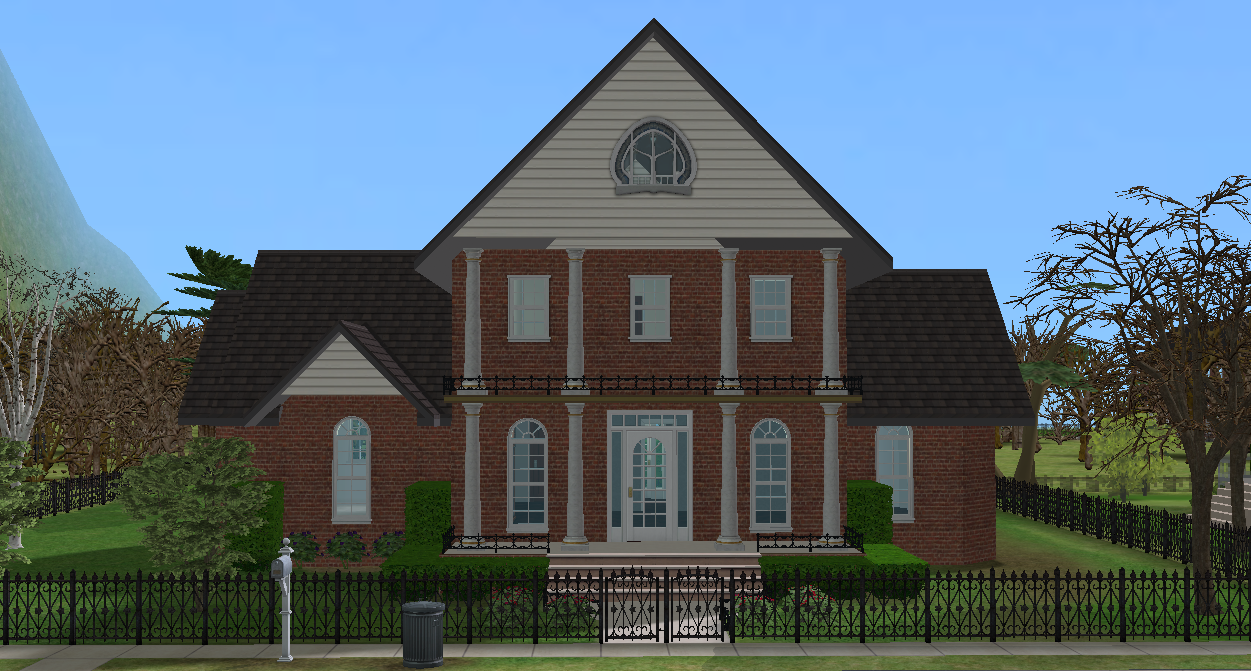 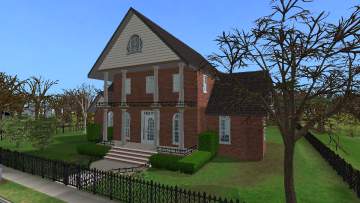 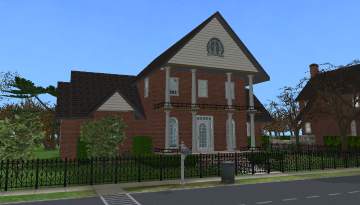 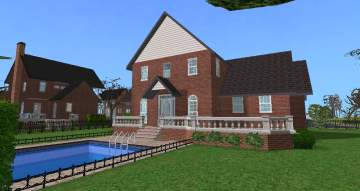 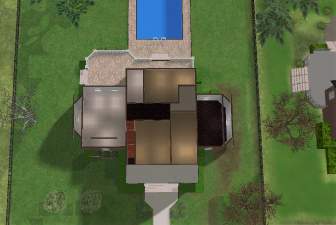 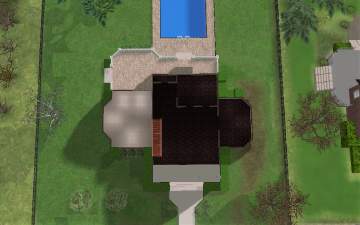 25 Thanks  Thanks     7 Favourited
I built this house very early on in playing The Sims 2 as I had initially renovated 105 Sim Lane (see it here) and wanted additional houses that match in style that could be placed nearby. As 105 Sim Lane was the only Neo Georgian themed house already existing, I felt I ought to have experimented more with building this style.

The front of the house is nearly identical to my 105 Sim Lane (Pembrook Lodge). I love the symmetry to it and feel like the pillars give the house all the character it needs. The while doors and windows contrast with the red bricks perfectly and in order to create further contrast, I styled the non tiled sides of the roof with white wood.

This lot is slightly larger than it's counterpart Pembrook Lodge. The size of this house is very similar, with the downstairs being quite large and open plan and with three medium sized bedrooms upstairs. The openness of the downstairs allows quite a lot of versatility in furnishing. As the lot is larger in depth, the pool is orientated vertically in the garden. There is quite a lot of landscaping space which provides a premium feel to the lot. It costs $57,135 unfurnished.


Both this lot and my Pembrook Lodge are positioned right next to one another, alongside my Brakenbank build in a little Neo Georgian corner. These are three of my favourite designs and sit beautifully together, so I thoroughly recommend downloading all and adding a Neo Georgian touch to your neighborhood too!