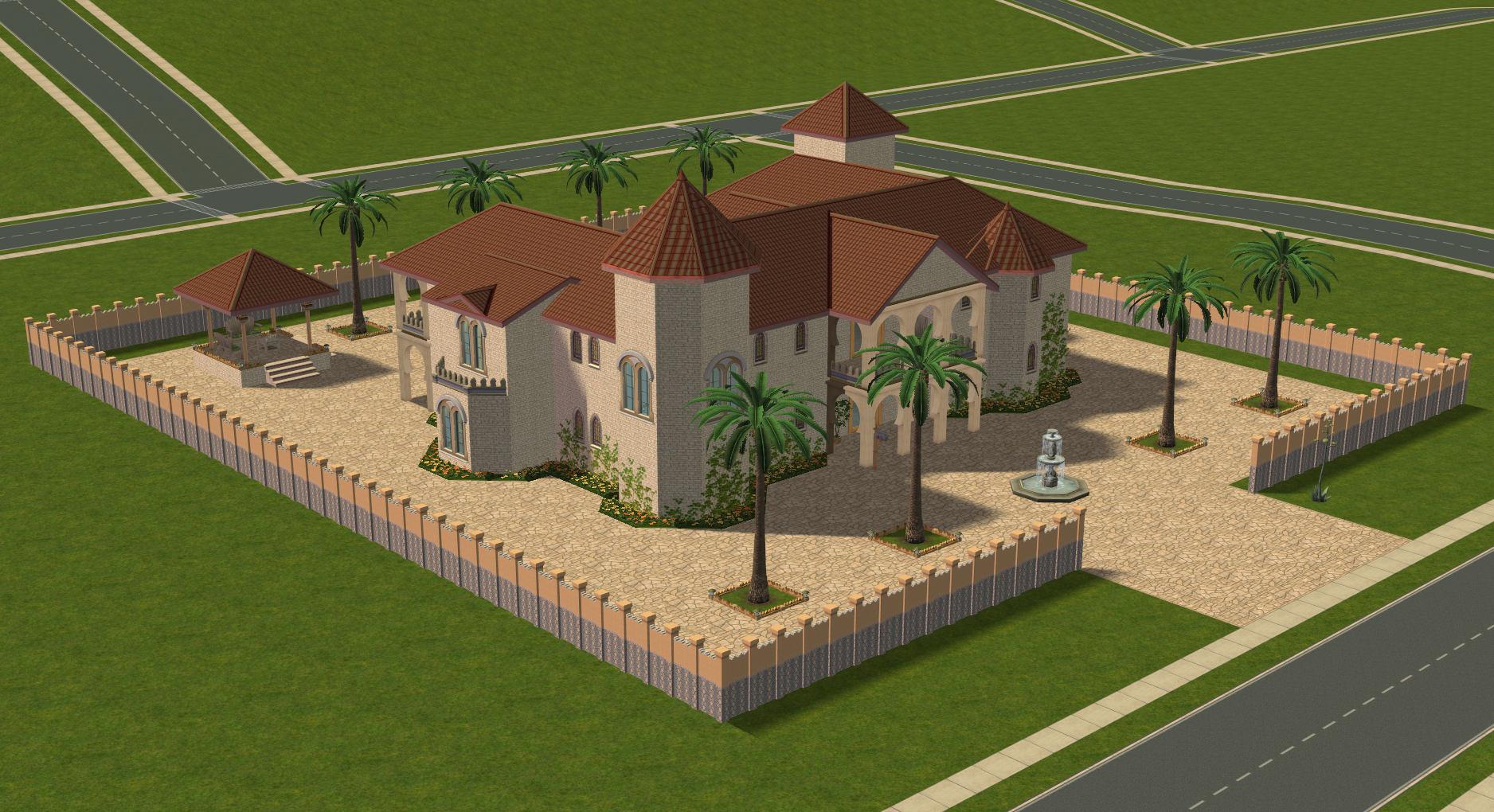 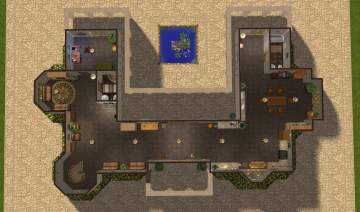 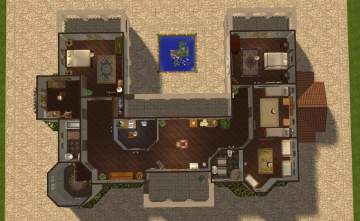 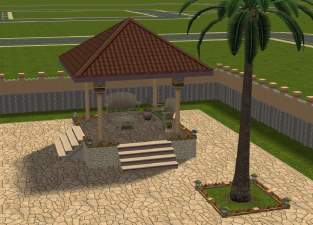 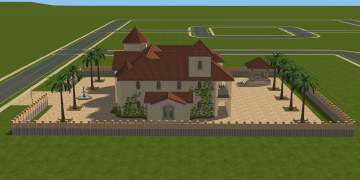 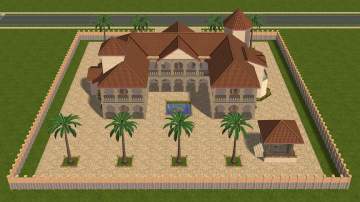 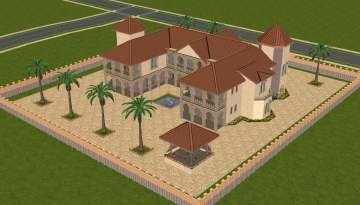 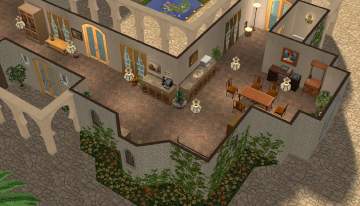 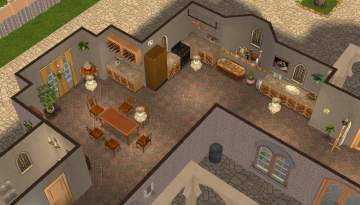 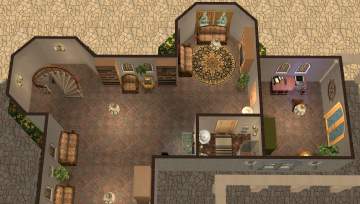 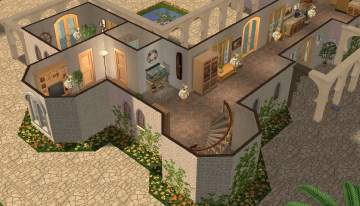 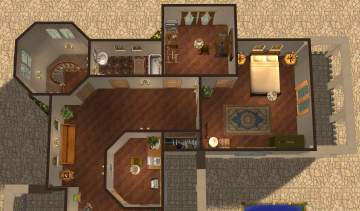 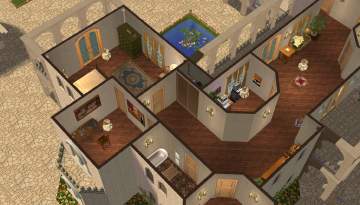 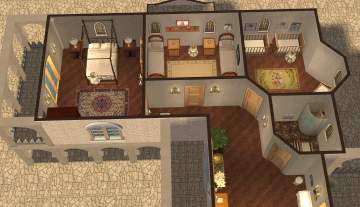 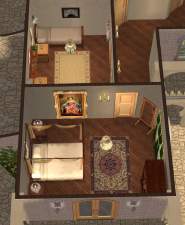 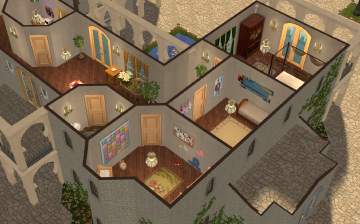 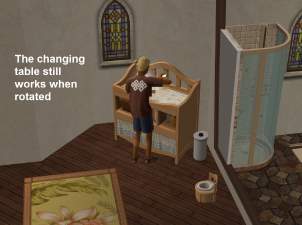 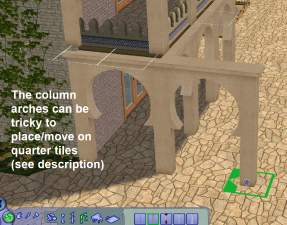 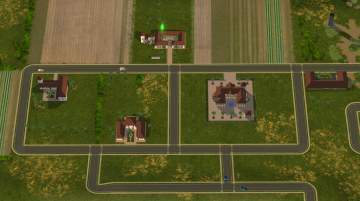 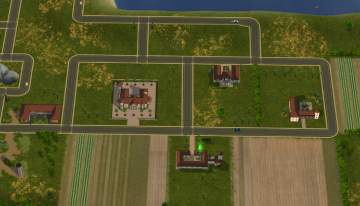 Created by Leto
View all Downloads
Uploaded: 15th Feb 2022 at 5:38 PM
Updated: 6th Sep 2022 at 10:48 PM
This is a castle I made for a lore video on Veronaville’s deceased ancestors.
I used it as the residence of Silvia Monty (Patrizio Monty’s mother) and her father the duke of Milan, as they are depicted in Shakespeare’s play The Two Gentlemen of Verona (of course the version I'm putting up for download is fresh from the catalogue and was never lived in).

This build can house up to 8 sims. It’s actually perfect for a multi-generation household, with an elder couple, an adult couple, two teens/children and two toddlers/babies. For the historical simmers among us, the children’s bedroom can be turned into a bedroom for servants or employees.

If you intend on making changes to the structure of the build, be aware that the column arches are fiddly. It seems that they weren’t really coded with quarter-tile placement in mind, by which I mean they will struggle to connect together when you use quarter-tile placement and they will make your game freeze for a couple seconds every time they’re in range of each other. And well, all of the column arches in this build were (painstakingly) placed on quarter tiles (half-tiles, technically), so that everything would be centered. So moving them might prove annoying, but that’s just a problem with the column arches in general, nothing is wrong with the build itself.

There are magical reagents in the kitchen as decorations. I did use a mod, Neder’s buyable reagents, to be able to access reagents in buy mode, however, you do NOT need this mod in your game for the reagents to appear as they should on this lot.

If you don’t want to have to deal with the flowers dying, TwoJeff’s perfect plants mod will keep them pretty.